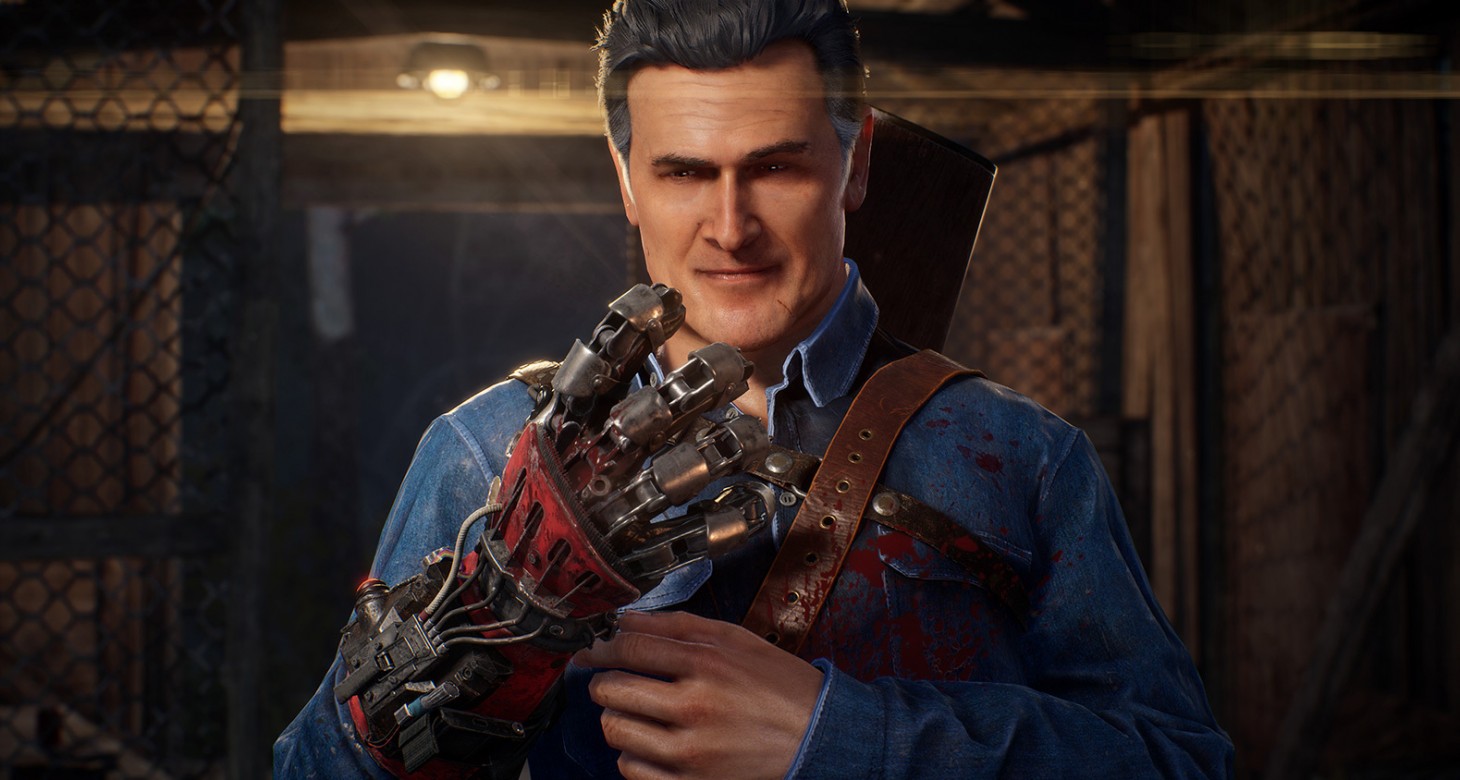 Weekend Warrior – The Most Evil Friday

We've made it through another week but have landed on an ominous date to start the weekend. It's Friday the 13th! Today marks the release of the game on the latest cover of Game Informer, Evil Dead: The Game. And wouldn't you know it, we've posted the entire cover story from that issue online this week. Once you've had your fill of reading about Ash Williams and his new asymmetrical multiplayer game, we have plenty more to read on the website that you won't find anywhere else. Here's a taste of our original content for you to read throughout the weekend:

Check out all of that and much, much more! And now that those pieces are wrapped, and so is the workweek, we're all ready for a nice weekend off. Here's what the GI staff has planned for the coming few days:

John Carson – After surviving a terrible cold (yes, I was a baby about it all week) and plenty of severe weather, I'm ready to have a nice calm weekend without all the tornado warnings, sniffles, and Kleenex. I'm currently playing Salt and Sacrifice for review and will hopefully roll credits in a few more hours with it, and then I'm planning on getting back to my very early playthrough of Xenoblade Chronicles. Sunday is Magic day with the Commander group after taking a couple of weeks off for trips/sickness. I'm going to flex on them with a new deck. Wish me luck!

Marcus Stewart – Elden Ring. Level 134. Malenia. I’m so close to the end but keep finding other things to do. Will I finally become Elden Lord this weekend? Probably not. I’ll also be hanging out around town with a buddy and catching up on some wrestling.

Kristin Williams – I’ve been in the mood for a good sim game recently, and hearing some of the excitement about Two Point Campus coming up made me want to check out their previous game, Two Point Hospital. I’m hooked and will definitely be spending more time trying to manage increasingly chaotic hospital situations this weekend. And definitely getting outside a lot - we’ve finally got nice weather here in Minnesota!

Jon Woodey – Aside from my usual FFXIV shenanigans, I'll be playing lots of Stardew Valley. I'm a little late to the party, but the 1.5 update introduced lots of new content, and by extension, a lot of mods have been updated as well. Sometimes a Warrior of Light needs a break from saving the world to just do some relaxing farming.

Kimberley Wallace – Since I game so much during work, I usually reserve the weekend for catching up on anime and comics. On the anime front, I am loving Spy x Family (so wholesome!), Salaryman's Club (badminton doesn't get enough love), and Heroines Run the Show. If you dig Danganronpa, I also recommend checking out Tomodachi Game. As for comics, I need to read the latest Spider-Gwen: Gwenverse and Ms. Marvel: Beyond the Limit.

Jill Grodt – It’s all about updates this weekend. Loot River just made resources more plentiful, and I’m working towards mopping up all its achievements. On top of that, MythForce added quests, I still need to check out Sifu’s new content, and I’ve really been meaning to drop into Bugsnax again for those tiny Snax hats! Of course, I have a heaping helping of backlog to get through, but let’s not worry about that. Have a great weekend, everyone!

Wesley LeBlanc – I’ve got Citizen Sleeper on the brain. Earlier this week, I wrote about how it’s an RPG on Xbox Game Pass that absolutely deserves your attention, and now, more hours into the game, I feel that even more. Go play Citizen Sleeper! I’m hoping to finish that up this weekend and get back to playing through GTAV. Plus, I’m planning to start Evil Dead: The Game this weekend too! Elsewhere, I foresee plenty of frisbee with my pups, and possibly, maybe, for some reason, I might catch up on the Halo TV series despite everything in me telling me I shouldn’t.

If you're a seasoned Weekend Warrior, you know the drill, but if you're new, here's the deal: We want to know what you're doing this weekend! Are you marathoning scary movies in honor of Friday the 13th? What games are you planning on playing? Do you have any books, shows, movies, music, comics, or food recommendations? We'd like to hear about all of it. Share all of it in the comments below. Have a wonderful weekend, GI Community!