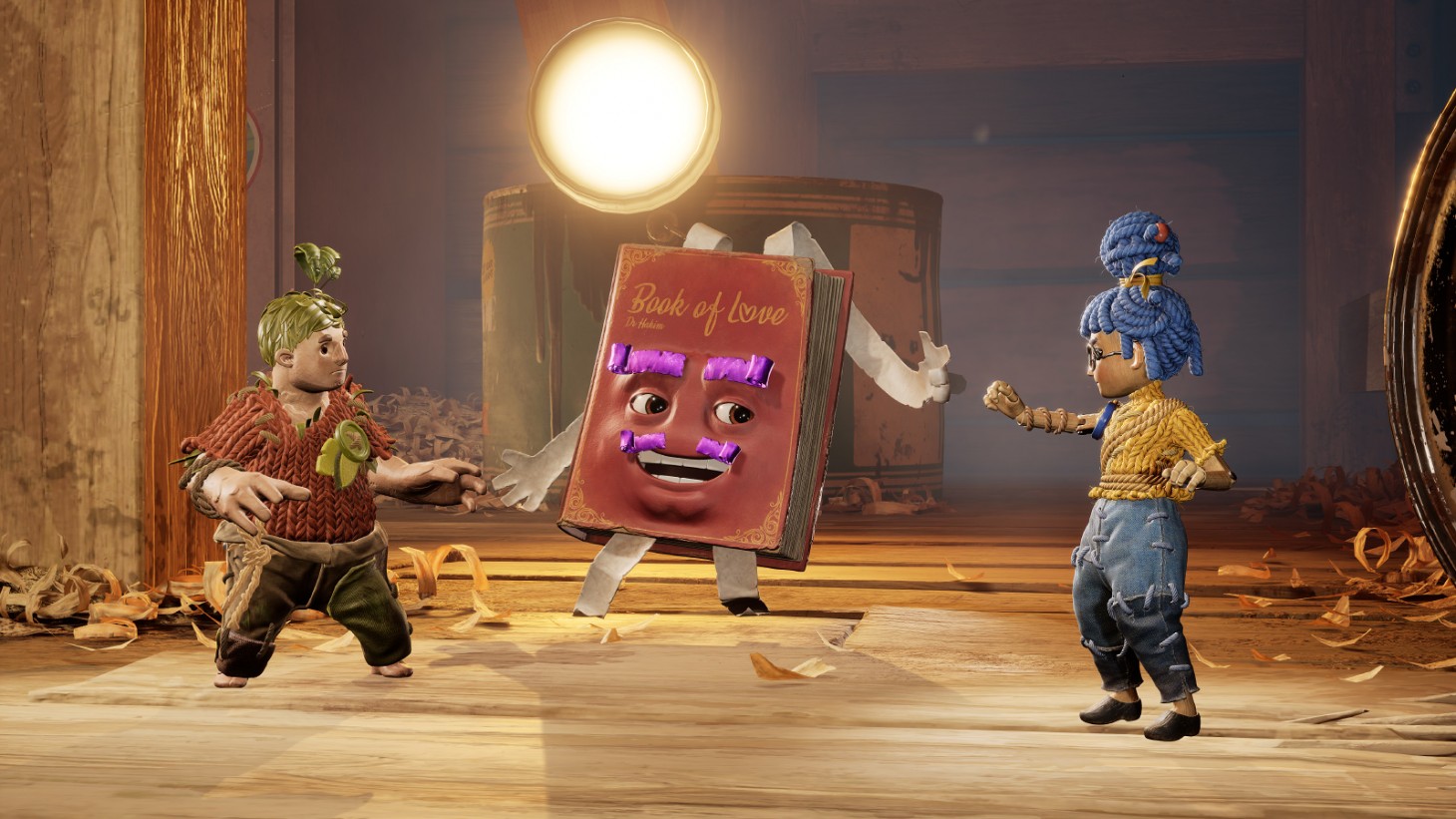 It Takes Two Film And Television Adaptation In The Works, Subject Of Multi-Party Bidding War

Hazelight Studios is looking to adapt its 2021 co-op romp It Takes Two to film or television thanks to a partnership with dj2 Entertainment. The news of this deal comes from an exclusive report from Variety.

Outspoken Hazelight creative director Josef Fares sounds excited for the opportunity to bring It Takes Two to another medium. “Creating the world and story in ‘It Takes Two’ was so much fun for me and the team,” Fares said to Variety. “Since it has a strong narrative with many crazy characters and just as crazy co-op action moments, the potential is huge for a great adaption to film or television.”

dj2 Entertainment is no stranger to producing adaptations of video games with 2020's Sonic the Hedgehog movie and its sequel, the upcoming Tomb Raider anime series slated to be released on Netflix, and is attached to executive produce projects based on Disco Elysium and Life is Strange. dj2 CEO and founder Dmitri M. Johnson spoke to Variety about the potential project, saying, “dj2 is honored to partner with Josef, Oskar [Wolontis], and the incredible team at Hazelight Studios on the linear media adaptation of ‘It Takes Two.'” He continues, “Just like the rest of the gaming world, we fell head-over-heels in love with Cody, May, Rose, Dr. Hakim and the imaginative fantasy universe Hazelight have created, and can’t wait to bring these characters -and this world- to life on the big and small screen.”

According to Variety, the project doesn't have any studios or networks attached as of yet. However, there does happen to be a "multi-party bidding war" ongoing for the rights to the It Takes Two adaptation.

It Takes Two saw plenty of critical acclaim last year, and we here at Game Informer are quite fond of it ourselves! Check out our review of It Takes Two and why we ranked it number eight on our top 10 games of the year.