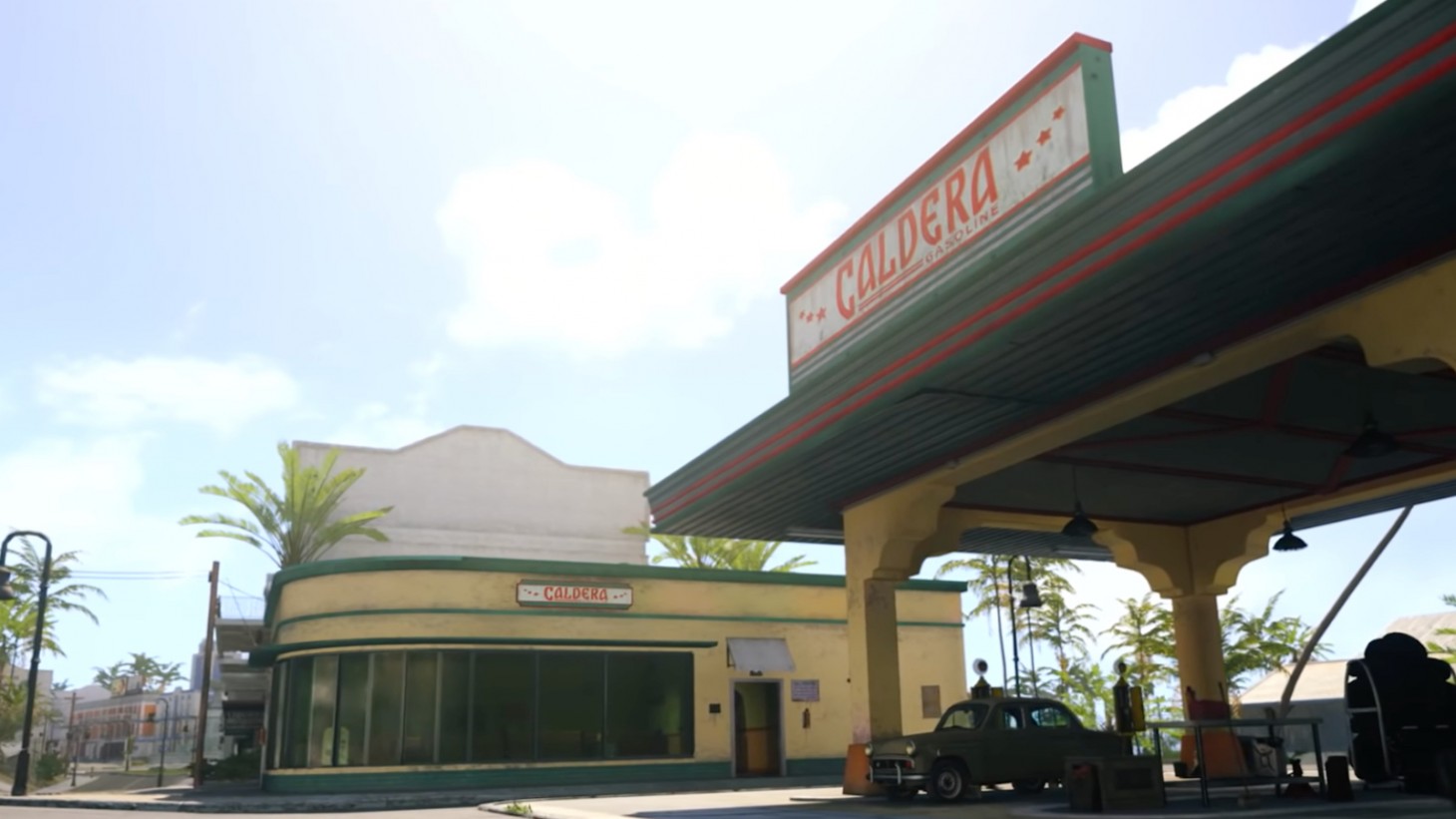 Call of Duty: Vanguard Season One is just a little over a week away from the release of its new Warzone map, Caldera, and a new trailer highlighting it has been released.

Dubbed a “Call of Duty: Vanguard & Warzone - Season One” teaser trailer, it oddly has virtually nothing to do with Vanguard, the latest Call of Duty release that’s centered on World War 2. Instead, it oddly positions itself as a travel agency video from a company called Pacific Horizon Airlines that’s about the natural wonders and touristy locales of Caldera.

As you can see in the trailer above, it’s not the usual Warzone-guns-explosions-boom-boom type of video we’ve come to expect when Call of Duty highlights its battle royale. Instead, it adds a sense of mystery to the new Caldera map. Perhaps all is not what it seems on the map, which the trailer seems to suggest. It even ends by showing Caldera locales blown to bits and on fire, likely due to the action of a battle royale match.

Regardless of the trailer’s tone, we do get a glimpse at what to expect on Caldera: natural Pacific wonders, a hidden paradise, ridges and peaks, “sites from Caldera’s storied past,” hidden caves, rivers and streams, fields and farms complete with “artisanal organic produce harvested locally,” ski lifts, and more.

The teaser trailer also cheekily alludes to the more battle royale-centric events that will be happening on Caldera with a warning text at the bottom of the screen:

“Warning: Pacific Horizon Air is not responsible for any death, capture, imprisonment, forced one-on-one combat between fellow visitors, drowning, parachute-related accidents, gas-related deaths or injury, shrapnel, anti-aircraft fire, tennis elbow, food poisoning, or any other similar instances. Should Pacific Horizon Air become engaged in aerial combat with enemy aircraft, an early exit may be required. Travel to Caldera is not insurable. By deploying parachute, travelers indemnify Pacific Horizon Air, its pilots, and all service staff of all liability, regardless of destination or outcome on landing. Baggage fees...included.”

Flights to Caldera will begin on December 9 which is alluding to the launch date for the new Warzone map. However, as previously revealed, those who have purchased Vanguard can jump into Caldera a full 24 hours earlier on December 8.

The official Call of Duty Twitter account also released a shot of the Caldera map and marked the 15 named locations players can expect to find on it.

Where will you be dropping? #Warzone pic.twitter.com/F9btJRH0Q0

While waiting for the new map to go live, check out these recently-revealed details about Caldera.

Will you be jumping into the new Caldera map next month? Let us know in the comments below!