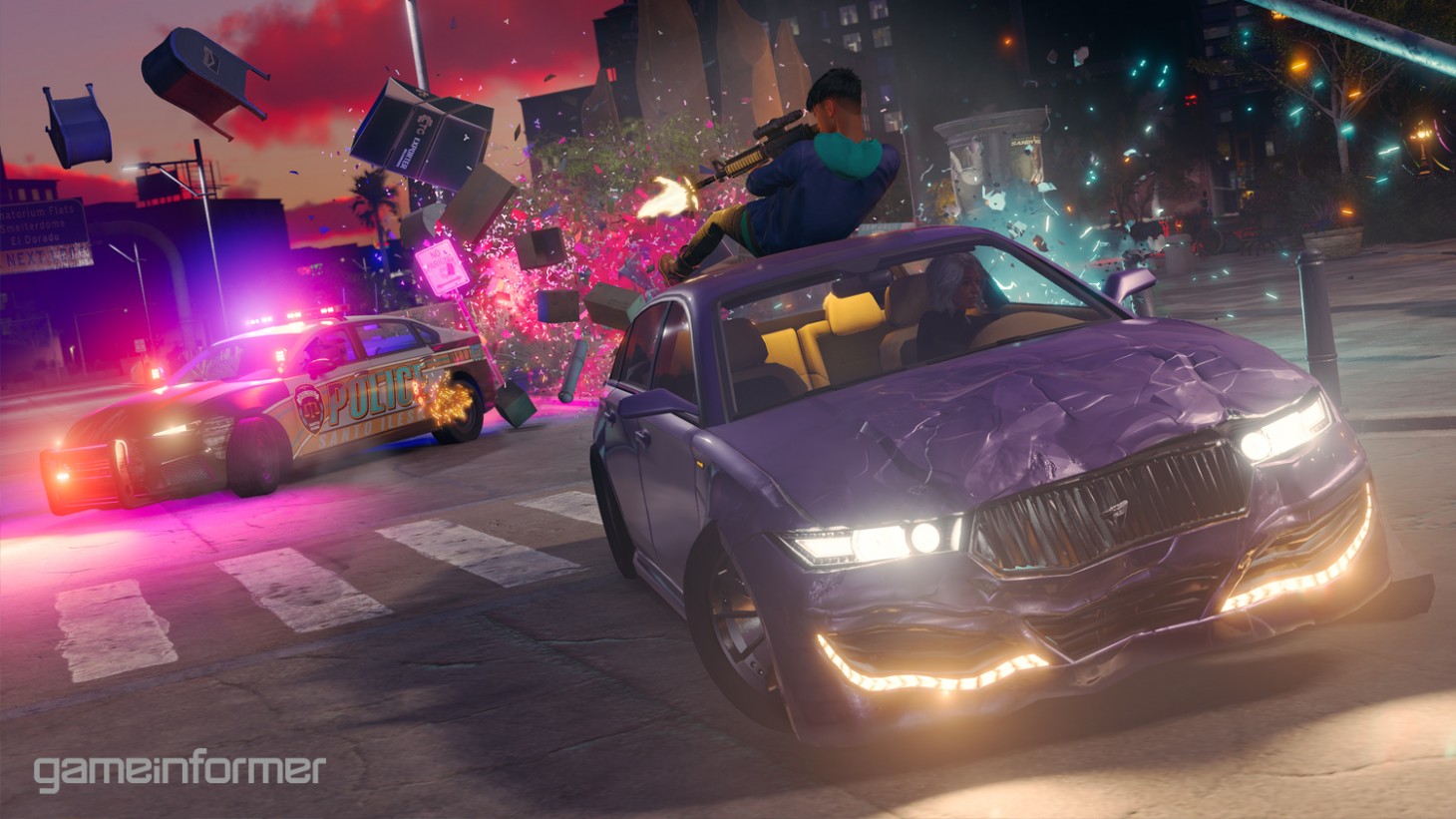 The Side Hustles Of Saints Row

In your time with Saints Row, you don't have to spend all of it locked in the critical path of the main campaign. There's a big world to explore around Santo Ileso, with all kinds of shenanigans to involve yourself in. Do you want to start a business or three and make some extra duckets or earn cool rewards like new weapons, customizations, or cars? How about meeting the locals and helping them out with whatever wild tasks need to be done?  Or maybe you just want to grow the footprint of The Saints across the various neighborhoods in the city. Here's a few examples of the side activities you can find in Saints Row. 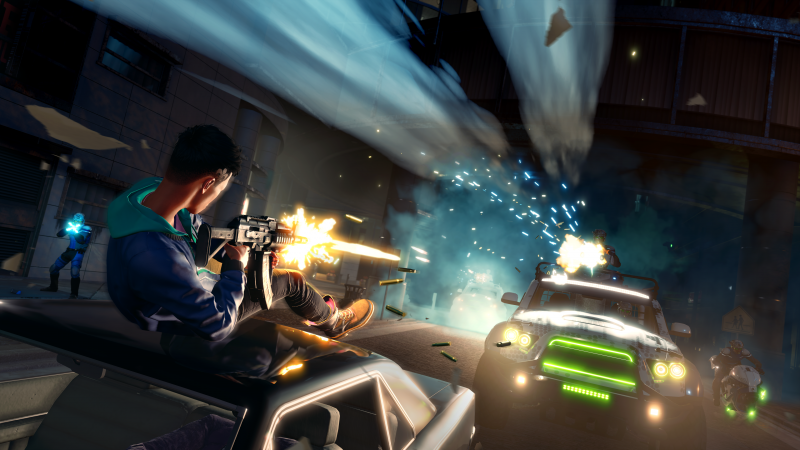 In my time playing Saints Row, the pre-release build offered a couple of Side Hustles to take on. These missions are your more typical side quests scattered around the world. One Hustle called "Riding Shotgun" started with a drug deal gone bad, which resulted in me acting like a human turret on the top of a moving car. While I had experience jumping onto car roofs for wingsuiting, "Riding Shotgun" gave me the proper proof-of-concept for how I expect to spend most missions in co-op: Laying down fire from a dangerously fast vehicle while my friend tears through the streets.

The other Side Hustle, "Pony Express," was my first experience racing across the city, making my way to the end goal of delivering a package within a set amount of time. It’s a fun town to drive around, with plenty of creative off-road options to take, which was perfect for the suped-up dune buggy given to me to complete to job. On one run, I stuck to a shallow waterway and then followed some train tracks, circumventing the busy streets and giving myself plenty of room to boost through the desert while injecting the engine with NOS. However, the more direct path through Santo Ileso's streets requires more precision for weaving around other cars in the road and most likely gets you to the destination faster when done well. 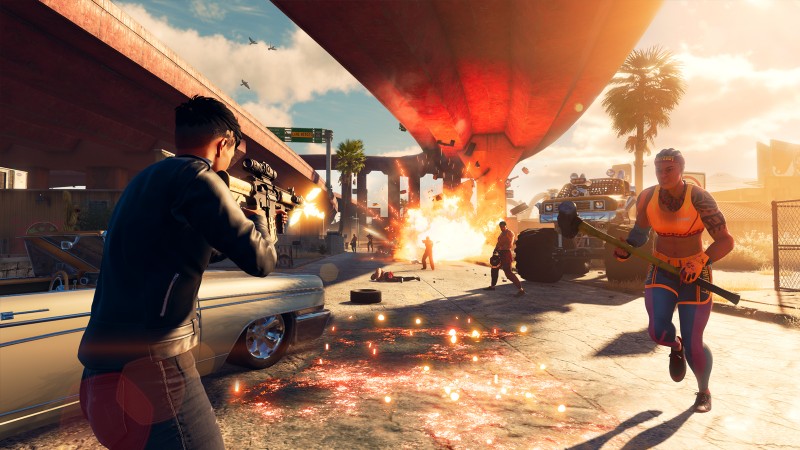 Neighborhoods and locations all over the city fall under the control of either Marshal, The Idols, or Los Panteros. As you and the Saints gain more notoriety and influence around Santo Ileso, you'll need to start taking over territory to stake the boundaries of your gang. These battles take place on the street level, with The Boss banding together with nameless Saints members to claim areas occupied by the rival factions. Taking over territory will give your gang a greater presence in those areas and give you and your team far more safety from enemies in and around those locations. 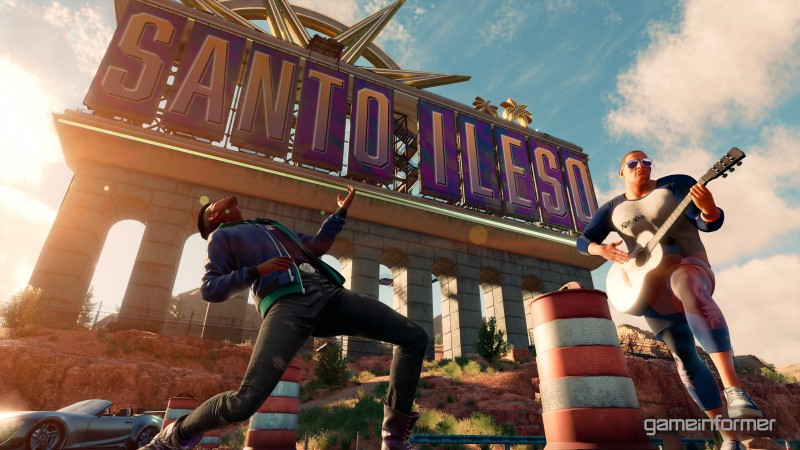 Santo Ileso has a deep history and is full of memorable landmarks and locations. While exploring the city, you'll have the opportunity to pull out your camera and snap pictures of these landmarks, which show up on your map as Tourism locations. These spots include the giant panther rock formation, the historic milk factory, and the Marshal HQ shaped like a giant cowboy boot. If it looks extraordinary, there's a good chance you should grab a photo to add to your collection. Your travels through this fictional American Southwest will surely bring out the shutterbug in you to capture every possible Tourism location. 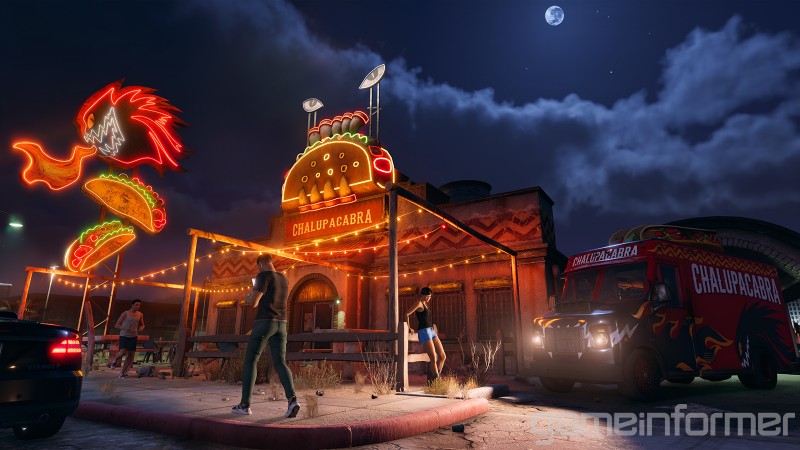 Building the Saints empire will take plenty of money and influence earned around town. With Criminal Ventures, you can set up legitimate-looking businesses around town that are fronts for illicit activities. From drug smuggling and dealing food trucks to environmentally friendly recycling centers that actually dump toxic waste for corporations, there's plenty of shady schemes to run. Every Venture has a unique mission type and various rewards like clothing, weapons, or other items. Not to mention all that cash you'll need for spending around town or starting other businesses.

If you want to know more about these kinds of side missions, we have an entire feature dedicated to Criminal Ventures you can read right here.

Saints Row is expected to release on February 25, 2022 for PlayStation 5, Xbox Series X/S, and PC. For even more information on the upcoming reboot of Saints Row, check out the cover story and our hub, which contains all of a ton of content from our month of coverage. To get to all of those great articles and videos, click on the banner below.