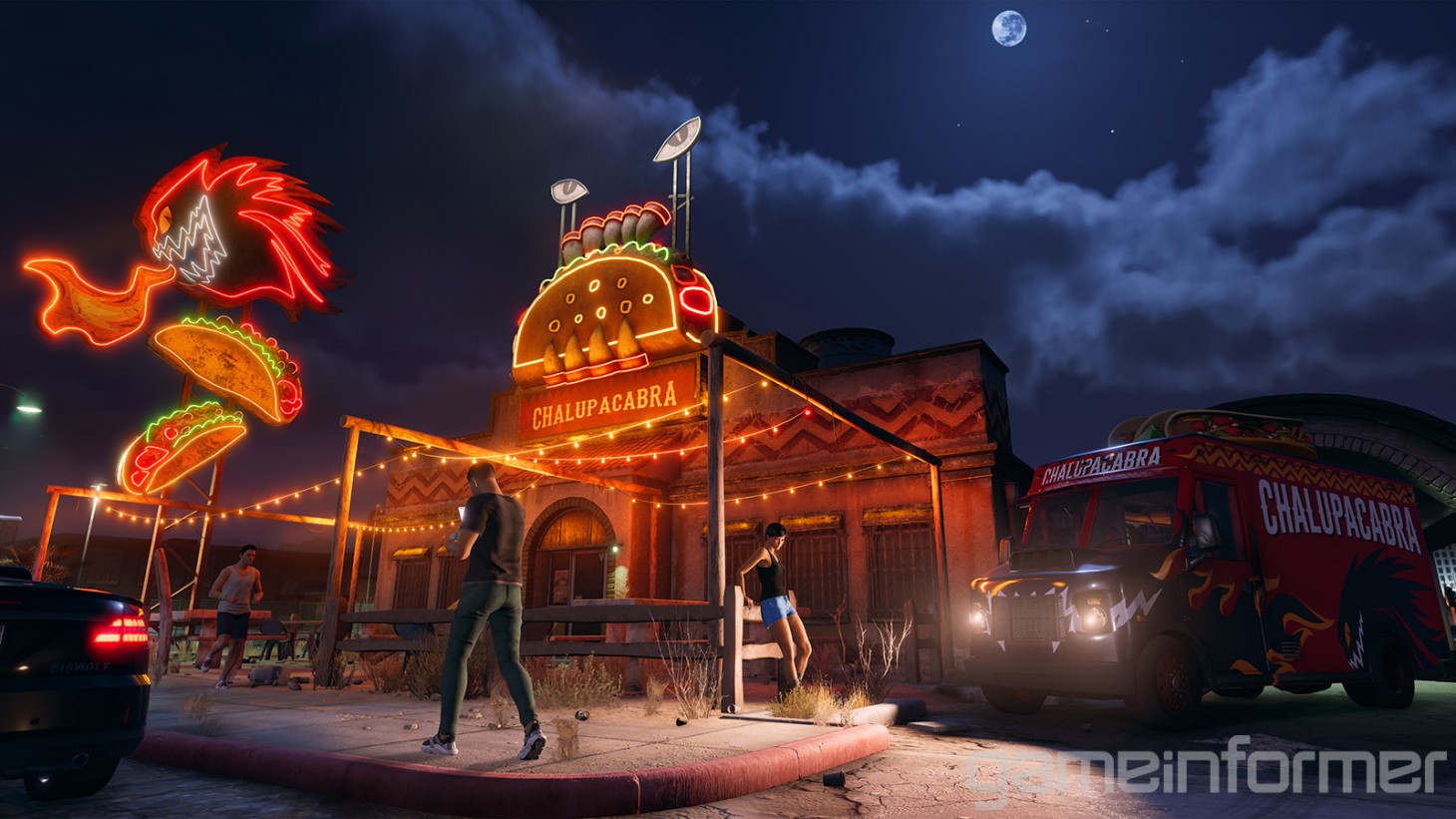 How To Build An Empire With Saints Row's Criminal Ventures

While the new Saints are starting up their core empire, it will be vital for them to extend their reach into various parts of the city, not just for the influence but also for the money that comes with it. Establishing side hustles, or as Volition calls them, Criminal Ventures, around town will be a key activity in the rebooted Saints Row, which will reward players with all kinds of customization and items. These enterprises allow the new Saints to build up various businesses around Santo Ileso. However, while they look somewhat legit to the untrained eye, these supposed side hustles are core fronts to their illicit activities.

Criminal Ventures come in various styles and business types, and each has a unique kind of mission to complete. You’ll initially access Criminal Ventures in the Saints HQ, a huge church the gang has taken over and started to make their own. A planning table inside holds a city map with different plots marked for purchase around Santo Ileso. Here, you’ll decide which Criminal Venture to build out and where.

Our time with the game only had two available ventures to build, with one mission to run on each. The first I tried was Chalupacabra, a food truck façade for convenient drug dealing around town, very much in the vein of Los Pollos Hermanos from Breaking Bad. Its introductory job sent me across town to steal a food truck from a now-rival business to bring back to the newly built retail location to make it our flagship lunch/drug dispensary. 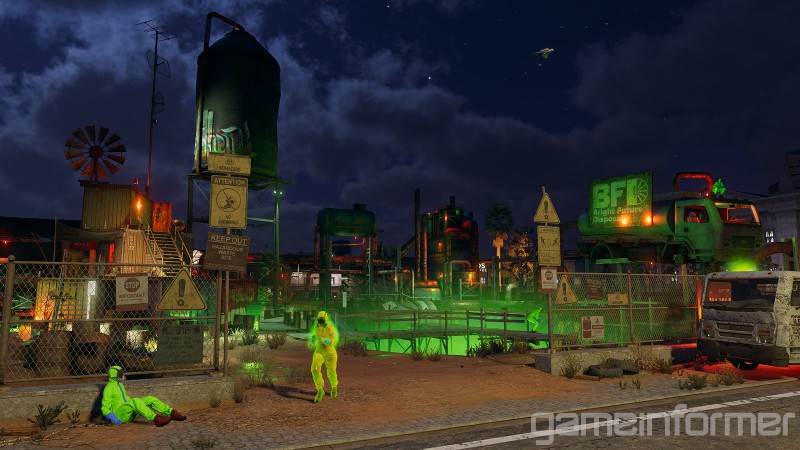 Bright Future is the other Criminal Venture, an environmentally-friendly recycling company that sends The Boss in search of trucks hauling vats of volatile toxic waste to dispose of for big corporations. Driving these payloads is dangerous, with the barrels sloshing and sometimes exploding in the back. To succeed, you must get these to your goal fast and intact because losing your first couple of containers will usually lead to more being lost.

Speaking with some developers involved with the entrepreneurial side missions, they revealed there would be a total of 15 Criminal Ventures to place around Santo Ileso in the base game, with more coming post-launch. “Some of them are inspired by past Saints Row games like Insurance Fraud,” said Saints Row Project Manager Ray Hazlip, confirming the goofy self-destructive minigame will return.

Lead Producer Roje Smith said it’s still “playing in traffic,” which sounds as fun as ever in the context of Saints Row. And without going into too much detail, they told us of a military surplus venture that involves weapons testing and another that will require using the new wingsuit.

Each Criminal Venture will reap unique rewards for the Saints, like the previously mentioned experimental artillery you’ll test, new clothing for The Boss, or even a hoverboard inspired by a sitcom. Some of the game’s “wackier” items, vehicles, or weapons will come from completing these illicit campaigns, along with gaining ample experience to level up and keep your cash flow flush throughout the game.

Ultimately where you place your Criminal Ventures around the city is a little piece of world-building you, the player, will bring to Saints Row. You have complete control over which business goes in which open lot, allowing for convenient placement for the type of missions the Venture may task you with, or if you just think it’s funny to put a toxic waste dump in the middle of the posh part of town, you can do that too. In a way, it’s a form of customizing the city to look the way you’d like with a layout that will likely be different from that of your friends.

Saints Row looks to have a meaty set of side quests with the inclusion of Criminal Ventures, bringing some fan-favorite activities back into the fold and starting some new traditions in the process. As we get closer to the release of Saints Row on February 25, we’ll likely find out even more about the shady businesses. Until then, check out our Saints Row hub by clicking the banner below to learn even more about the game, and read our cover story available right now for digital Game Informer subscribers.