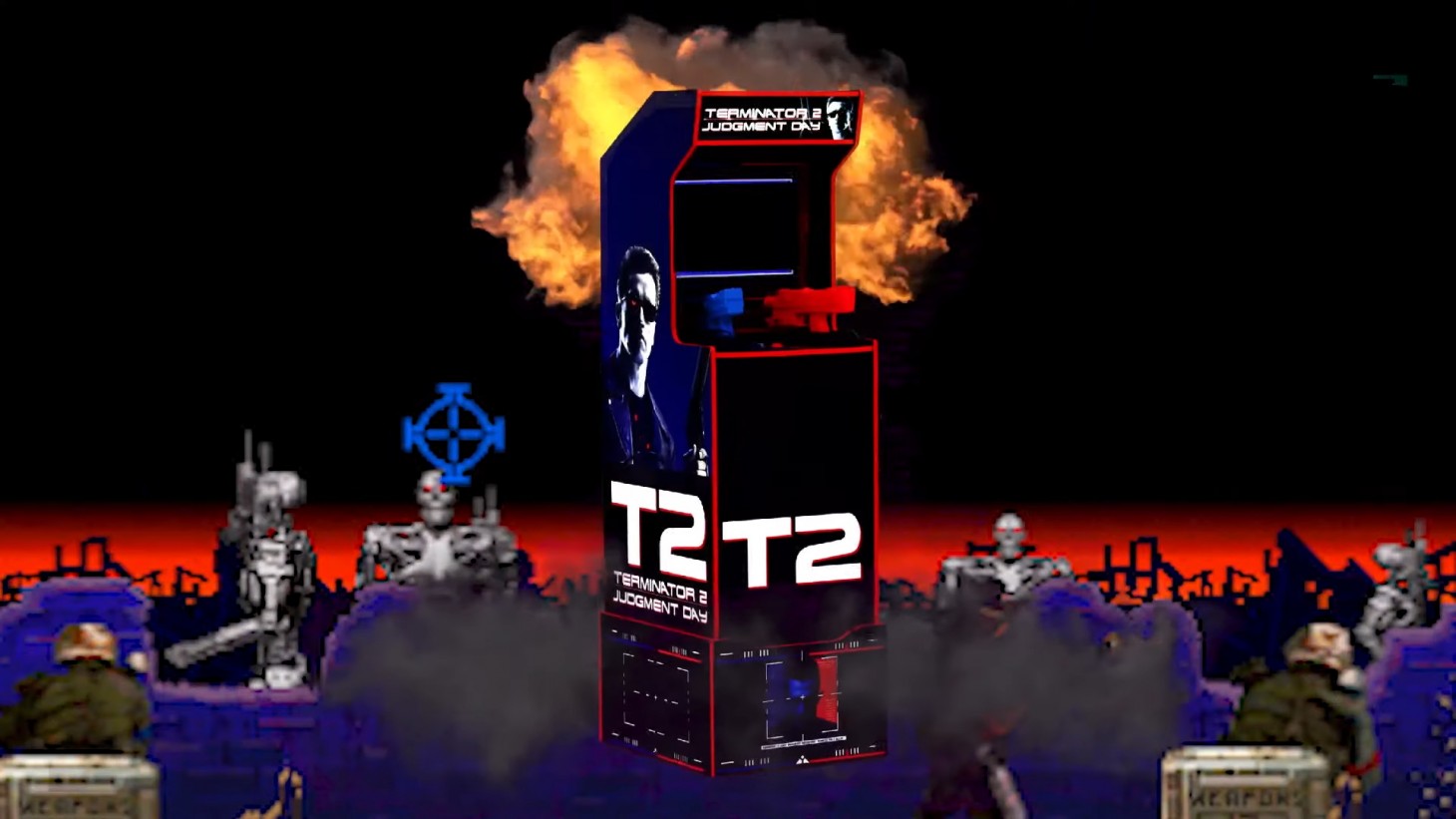 Arcade1Up, the company that releases replica arcade cabinets of classic games, has announced its latest release. Terminator 2: Judgment Day first hit arcades in 1991, shortly after the classic James Cameron film of the same name. As both the arcade cabinet and movie celebrate their 30-year anniversaries, Arcade1Up is giving fans a chance to bring the shooting game home.

The game, originally developed by Midway, remains a beloved arcade title to this day. Featuring digitized footage of Arnold Schwarzenegger, Robert Patrick, and Eddie Furlong, the Terminator 2: Judgment Day cabinet gave players a chance to shoot their way through the movie using two light guns that vibrate and make sound effects. Up to two players assume the roles of T-800s. In addition to the classic Terminator 2: Judgment Day arcade game, the Arcade1Up cabinet includes behind-the-scenes footage detailing how Midway created the game. The cabinet features WiFi leaderboards, two guns with force feedback, a light-up marquee, and a riser.

Over the last several years, Arcade1Up has made a name among retro gaming fans for its replica cabinets featuring some of the most iconic arcade games on the planet. Its recent lineup includes X-Men, The Simpsons, Teenage Mutant Ninja Turtles: Turtles in Time, Ridge Racer, Tron, and more. Going back further, the company has released several cabinets featuring franchises like Mortal Kombat, Street Fighter, Pac-Man, and various Marvel properties.

Pre-orders for the Terminator 2: Judgment Day Arcade1Up cabinet begin on November 1. You can sign up for a notification of when it's available to pre-order by visiting the official Arcade1Up product page. No price has been announced as of this writing.