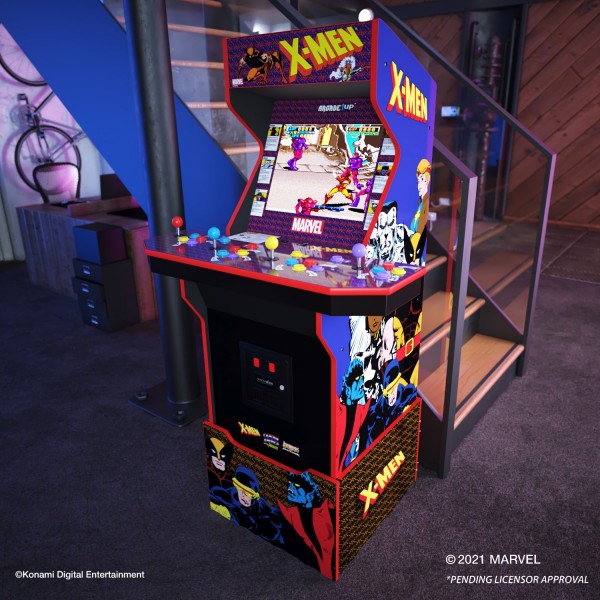 Arcade1Up is a company that lets you bring the arcade action you remember (or maybe only heard about, depending on your age) into the comfort of your own house, and it recently announced several new cabinets to add to your collection. From one of the most beloved co-op beat-'em-ups of the '90s to one-stop shops for some of the most classic arcade publishers around, the lineup Arcade1Up debuted during this year's Consumer Electronics Show is eclectic and enticing.

The lineup begins with the new X-Men arcade cabinet (pictured above), which features the classic side-scrolling 1992 brawler from Konami. This four-player cabinet might not allow you to squeeze six of your closest friends on to one screen like some of the double-wide original cabinets, but what it lacks in width, it makes up for in added features. You can bring in additional players online thanks to the cabinet's WiFi capability, plus it adds two additional Marvel action titles: Captain American and the Avengers, and The Avengers in Galactic Storm. The cabinet also features an X-Men-themed riser to bring the mini hardware to the correct height.

Next up is Dragon's Lair, the 1983 classic made let arcade-goers feel like they were controlling a cartoon. Those who pick up this cabinet get the hand-drawn original, as well as Dragon's Lair II: Time Warp and the science-fiction adventure Space Ace, also from animator Don Bluth. This machine also includes a custom riser, though the art (which is pretty much just the three games' logos) is more understated than that of the X-Men cabinet. If you're more of a Space Ace fan, you can also pick up the same cabinet in a Space Ace variant.

Rare is remembered by many for its arcade prowess, and Arcade1Up is celebrating that with a new Killer Instinct machine. While the classic fighting game is the centerpiece, the full games list on this cabinet includes Killer Instinct, Killer Instinct 2, Battletoads (arcade version), and Battletoads/Double Dragon. This package also features WiFi play and a matching riser for those who want additional height. 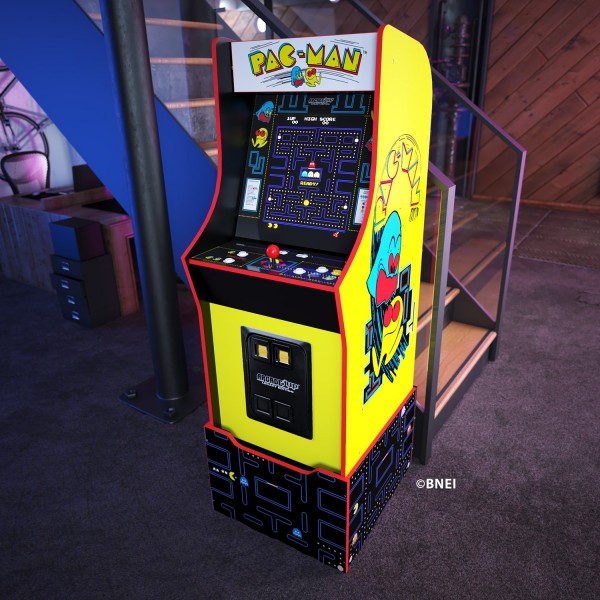 If you haven't yet gotten your Pac-fill, Arcade1Up is ready to give you all you can handle with the Bandai Namco Legacy Edition cabinet. Much like the Capcom and Atari compilation cabinets, this features a collection of some of Bandai Namco's most classic arcade titles, with a keen emphasis on the Pac-Man and Dig-Dug series. This arcade bundle features Pac-Man, Pac-Land, Pac-Man Plus, Super Pac-Man, Pac & Pal, Pac-Mania, Galaxian, Galaga, Dig Dug, Dig Dug II, Mappy, and Rompers. This bundle also features a custom riser like so many of the others announced at the same time.

If you're more of a sit-down gamer, the Pong 4-Player Pub Table machine lets you gather three of your closest friends to play eight Atari classics. On this machine, which features a clear cover top to protect against spills, you can play Pong, Quadra Pong, Pong Doubles, Warlords, Pong Sports, Circus Atari, Tempest, and Super Breakout. Since this is meant to be played seated, it does not include a customer riser like the rest of the machines on this list.

To this point, Arcade1Up has released a ton of arcade cabinets in all shapes and sizes. In the past, the company has released cabinets dedicated to Street Fighter II, Mortal Kombat, Teenage Mutant Ninja Turtles, NBA Jam, Marvel vs. Capcom, and more previously coin-operated classics. However, the machines tend to sell out relatively quickly, though Arcade1Up has sometimes brought them back into stock.

Pre-orders for the new cabinets are not yet open, but if you go to Arcade1Up's website, you can sign up to be notified when they are live. 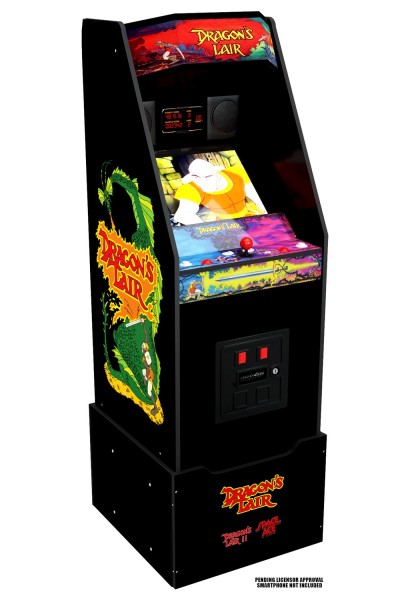 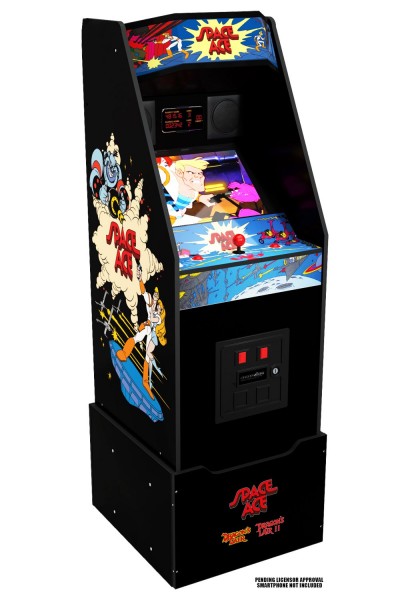 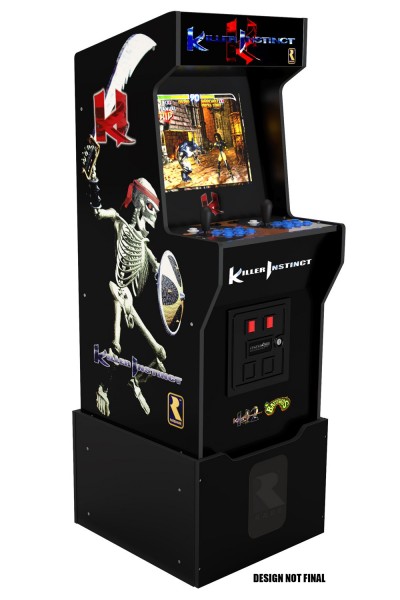 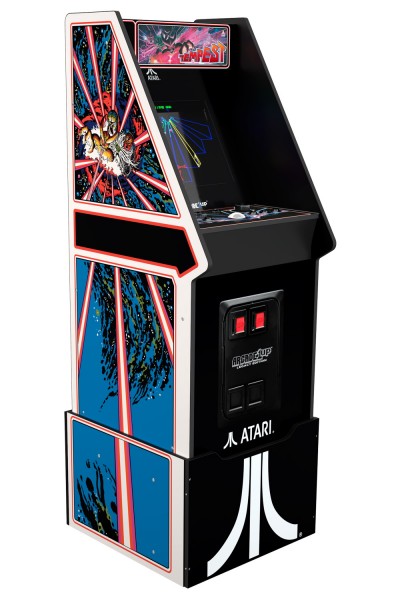 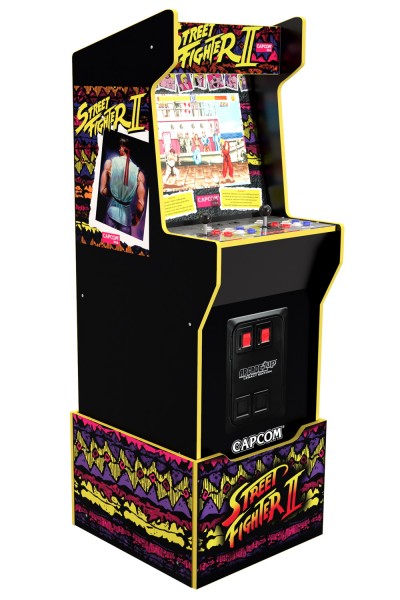 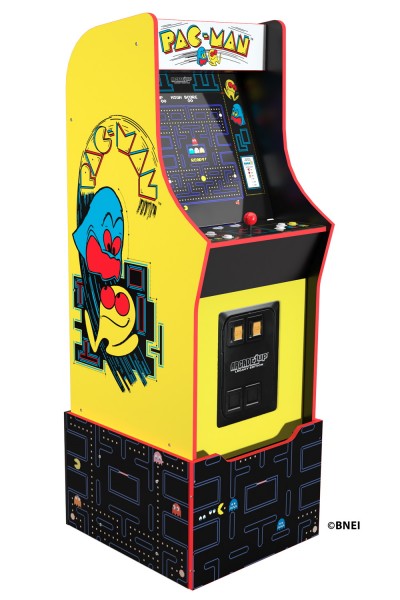 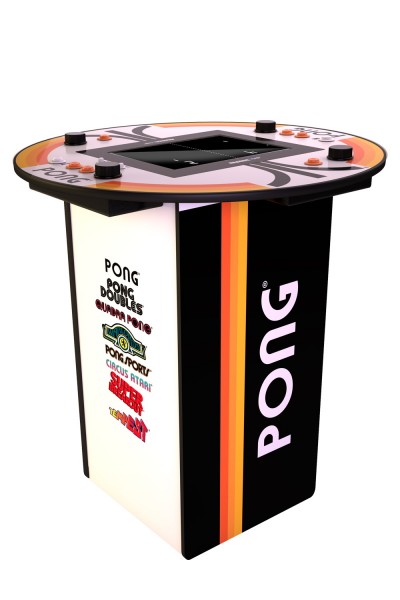 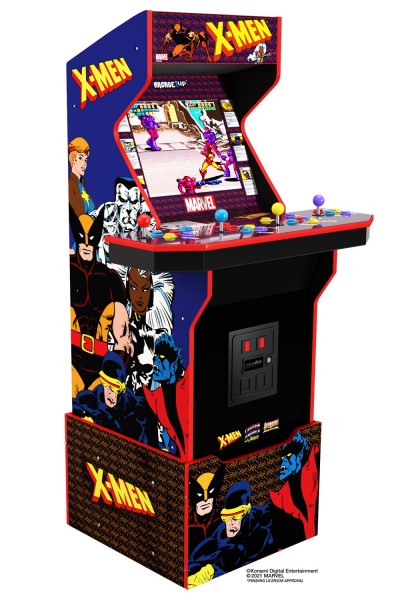