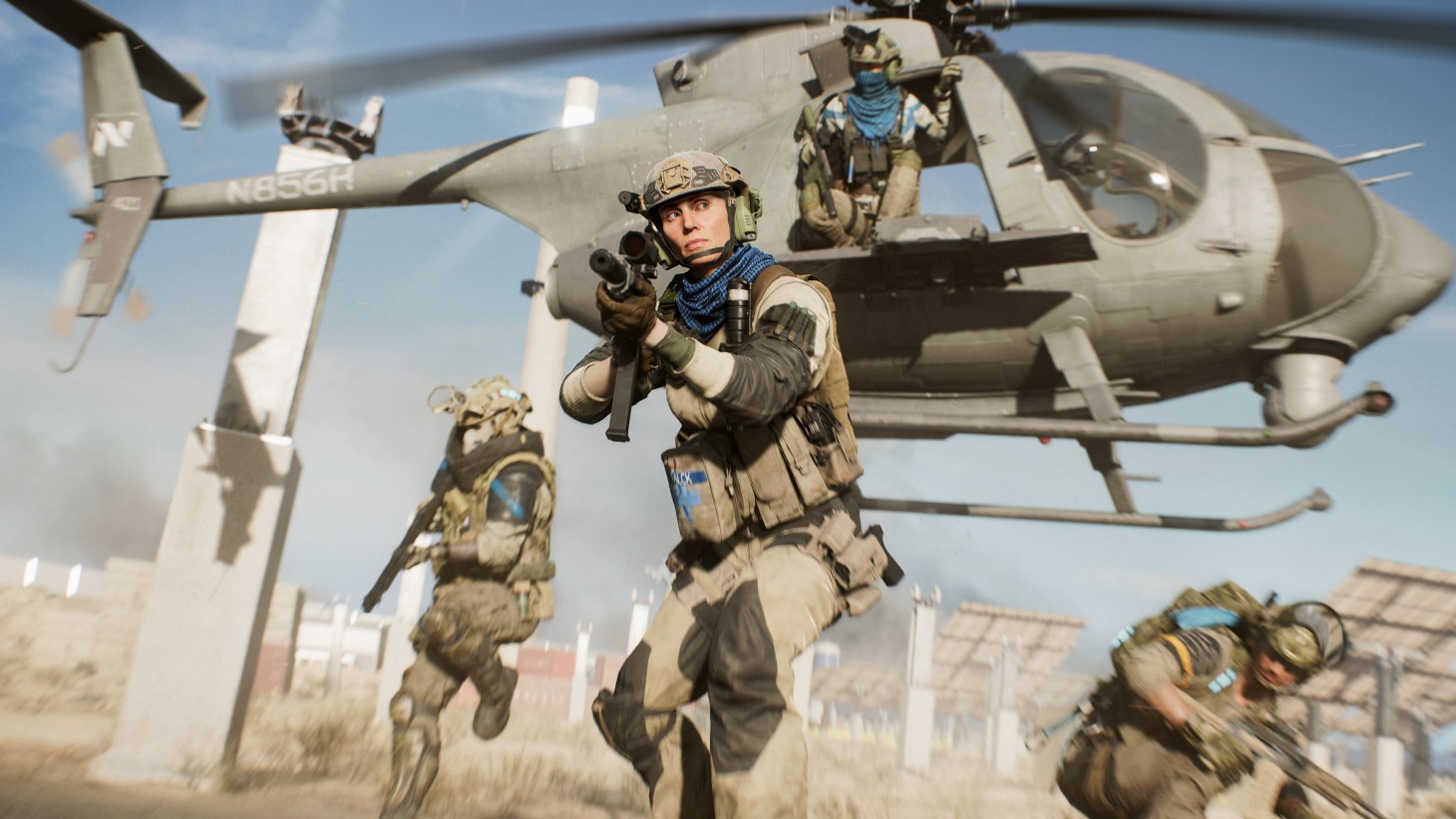 Battlefield 2042 is launching with three fun multiplayer experiences. All-Out Warfare's two classic game modes, Conquest and Breakthrough, showcase the power of next-gen technology by dropping 128 players into massive arenas on PlayStation 5, Xbox Series X/S, and PC. The Battlefield Portal is reminiscent of Halo's Forge. The community can create unique playlists of their own by customizing the rules of engagement while implementing weapons, factions, and more from the franchise's past, present, and future. The final, mysterious game-type, Hazard Zone, was revealed today and offered a new take on the battle royale formula where kills take a back seat to objectives and survival. This game mode is all about "high stakes, squad-based" intensity.

2042 is a year of political conflict as the US and Russia fight for intel. With only a few low-orbit satellites left – these space capsules are responsible for collecting aerial photography, heat map imagery, ID scanning, etc. – both nations are fighting to secure copious amounts of data. Luckily, the satellites are falling back down to Earth, but who will claim them first?

That's where you and your three squadmates come in. Hazard Zone is all about using operators, gadgets, and tactical upgrades (or passives) to win. You're more than just a trigger-happy mercenary as you've been charged with securing as many fallen data drives as possible and extracting them from the battlefield. Of course, this is easier said than done since seven other teams (32 players in all, including your crew) will be duking it out on next-gen consoles and PC. Hazard Zone will be a 24-player mode on Xbox One and PlayStation 4. There's also a "storm" closing in on the arena, so you'll have to make wise decisions throughout each of Hazard Zone's five phases:

Before the operation starts, your team will select their operators. Do you prefer Mackay's grappling hook to get to high ground and out-of-reach vantage points, or is Boris' Sentry Gun the perfect defensive turret to secure data drives as well as the extraction point? Even Micheal K. Williams' Irish is returning (and playable) in memory of the late actor.

Choose wisely because the squad can't roll with more than one of the same specialist; diversity is vital. Your loadout will also come in handy as you parse through the mission area briefing, which shows uplink and intel locations, occupying forces, and your insertion point. Tactical upgrades range from increasing your magazine size to healing faster, so you'll have plenty of opportunities to prioritize distinct playstyles.

Deploy and complete the primary objective!

Retrieve data drives using your intel scanner, a gadget that you've (hopefully) equipped during the first phase. Only one teammate needs to carry it.

The intel scanner reveals approximate locations of data drives; if you're carrying one, be aware of your surroundings. Extracted data drives dish out Hazard Zone-specific currency called Dark Market Credits which are used to purchase more weapons, gadgets, and tactical upgrades.

The first extraction window occurs halfway through the match and is arguably the safest way out. You'll need to reach a specified randomized zone to board the chopper. If you decide to stay behind and risk storm damage, or worse, for the sake of collecting more data drives, you'll have to prepare for:

The last extraction happens at the end of the match, with all the remaining squadrons battling for supremacy and survival. If you get left behind, you'll lose everything, but if a single member makes it, you'll all reap the benefits. Keeping both extraction points in mind, two teams can get out safely, but there's also a chance that everyone dies in the end too. 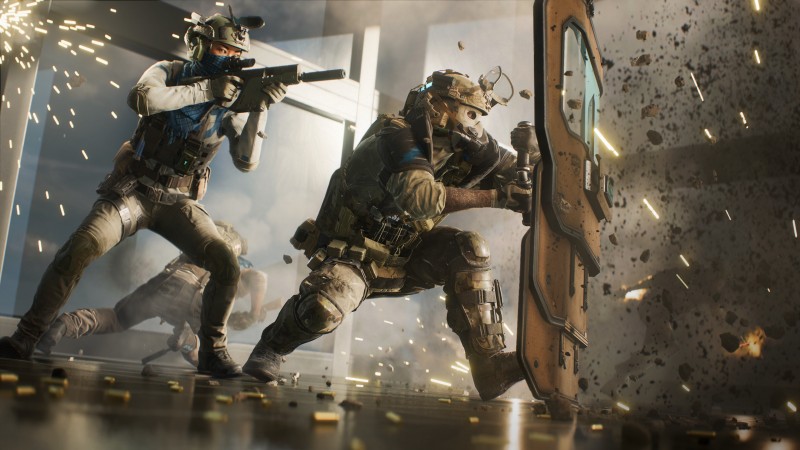 When down, you can crawl around to wait for a manual revive. If an enemy finishes you, though, your team will have to use reinforcement uplinks scattered across the map to get you back in the fight. Or, if you've appropriately game-planned during the first phase, you can activate the tactical upgrade version of the uplink instead. The more you succeed with an operator, the higher your extraction streak climbs, which unlocks loadout gear discounts. Hazard Zone looks to test your situational awareness across all maps and with the added tension of extreme weather anomalies like Tornados.

Battlefield 2042 launches for PlayStation 5, Xbox Series X/S, PlayStation 4, Xbox One, and PC on November 19. Be sure to read up on how you can weaponize twisters and flip through the operator dossiers to decide on your favorite playable characters.