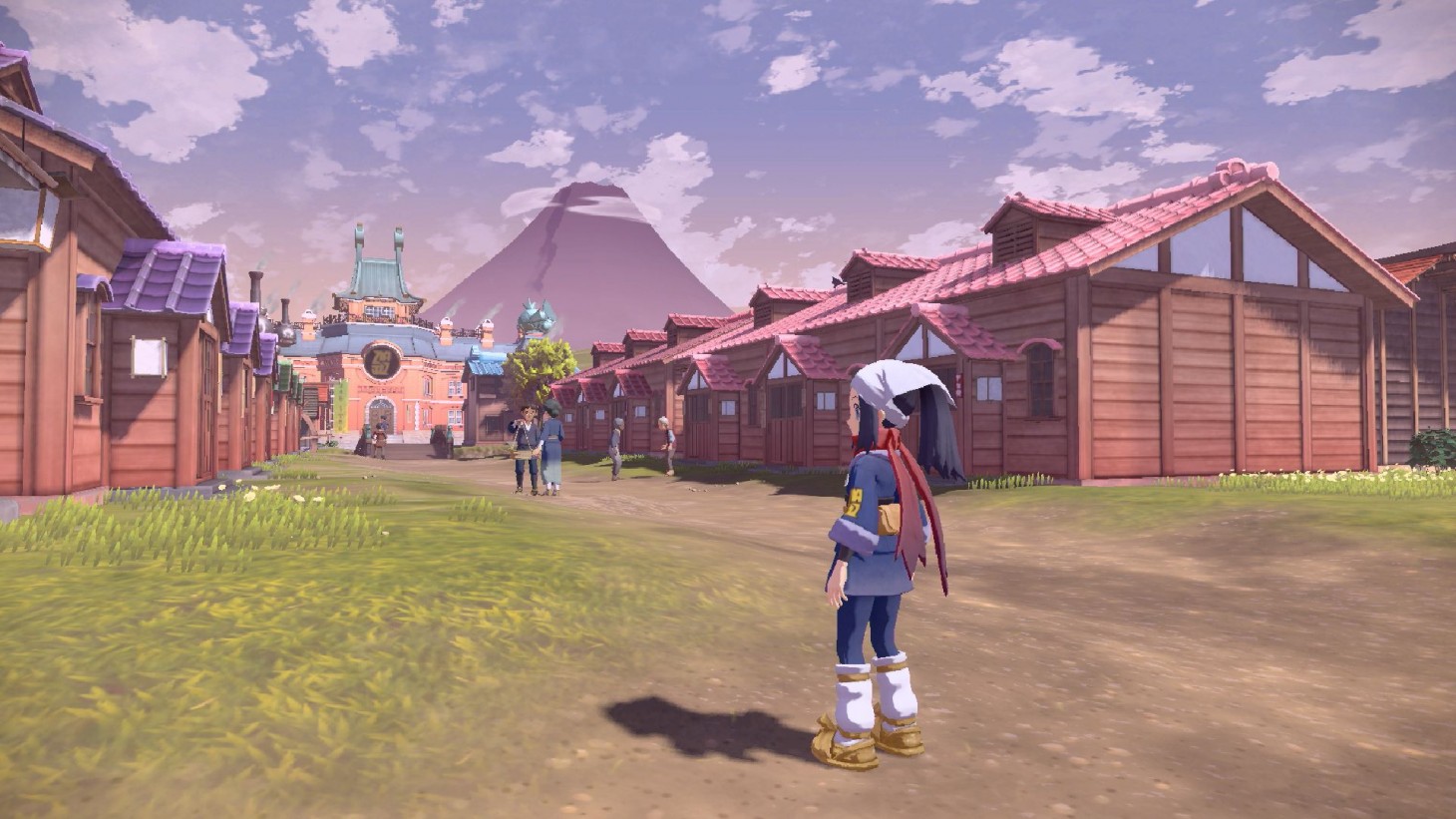 The Pokémon Company has confirmed to Kotaku that Pokémon Legends: Arceus will feature Monster Hunter-like exploration. This news comes after fans noticed that the in-game map features segmented areas like those seen in Pokémon Sword and Shield, rather than a wide-open map that indicates the game will be fully open-world as previously believed.

In Pokémon Legends: Arceus, Jubilife Village will serve as the base for surveying missions. After receiving an assignment or a request and preparing for their next excursion, players will set out from the village to study one of the various open areas of the Hisui region. After they finish the survey work, players will need to return once more to prepare for their next task. We look forward to sharing more information about exploring the Hisui region soon. -A statement from The Pokémon Company to Kotaku

As you can see from the statement above, players will be visiting "one" of the various "open areas" of the Hisui region when completing specific quests and catching Pokémon. This quest completion and exploration style is most like Capcom's Monster Hunter series, which often tasks players with completing quests collected at a central village hub while exploring segmented wild areas.

If you've not played a Monster Hunter game but have played Pokémon Sword or Pokémon Shield, think of the Wild Area. You had to enter the Wild Area and load into it before you were given free rein to explore it; it was sectioned off from other sections of the Galar region map.

What do you make of this style of exploration for Pokémon Legends: Arceus? Let us know in the comments below!

Pokémon Legends: Arceus is the next original chapter in the series, touting new Pokémon, exciting boss battles, and lots of customization for the player character. Based on the game's trailers, fans have posited that the Hisui region is a sprawling open world filled with wintry forests, vast prairies, shimmering coasts, and more. However, screenshots of Legends: Arceus' map have surfaced, potentially revealing that there might not be an open world to traverse in the first place.

It is coming increasingly clear that Pokémon Legends Arceus may not be full open world but rather segmented open areas like Xenoblade Chronicles 2, Monster Hunter etc. separated into different areas like the Wild Area/Crown Tundra did

I'm fine with this really. pic.twitter.com/llpCUUvQGx

Pokémon expert Joe Merrick took to Twitter and posted two images of Legends Arceus' in-game map. One location, Obsidian Flatlands, is segmented by a green outline that highlights the boundaries of the explorable zone. Once selected, it seems as if we zoom in on the points of interest within that chosen environment. Obsidian Flatlands seems like a relatively large play space – it contains five points of interest – but this could be a sign that each area in the game will serve as a semi-expansive hub (like in Dragon Age or Monster Hunter). Travel from place to place might not be as seamless as we initially thought.

Merrick was okay with this possibility, noting that the separated locations are akin to the Wild Area/Crown Tundra in the recent Sword and Shield entries. And, surprisingly, most commenters shared similar sentiments, hoping that this decision would lead to fewer performance issues and more backdrop detail. One person, however, opined that Braviary's Fly ability might be rendered useless in these confined settings. We'll have to wait and see what Game Freak is planning.

Pokémon Legends: Arceus, like the other titles that preceded it, places the player at the forefront of the story. As a new member of Hisui's Survey Corps, an organization of Pokémon researchers and protectors, you'll be tasked with exploring every nook and cranny of the region. When you're not battling your rival or surviving "noble" encounters, you'll be trekking across Hisui, stopping at the sight of wild pocket monsters to fill your Pokédex.

For more about Pokémon Legends: Arceus, be sure to check out the latest trailer, which includes a new Scyther evolution, and then check out Game Informer's shot-for-shot breakdown of a trailer released back in August. Watch this trailer for a look at a new Growlithe form after that.

Would you prefer an open-world Pokémon game or a segmented one with large-scale hubs? Let us know in the comments below!