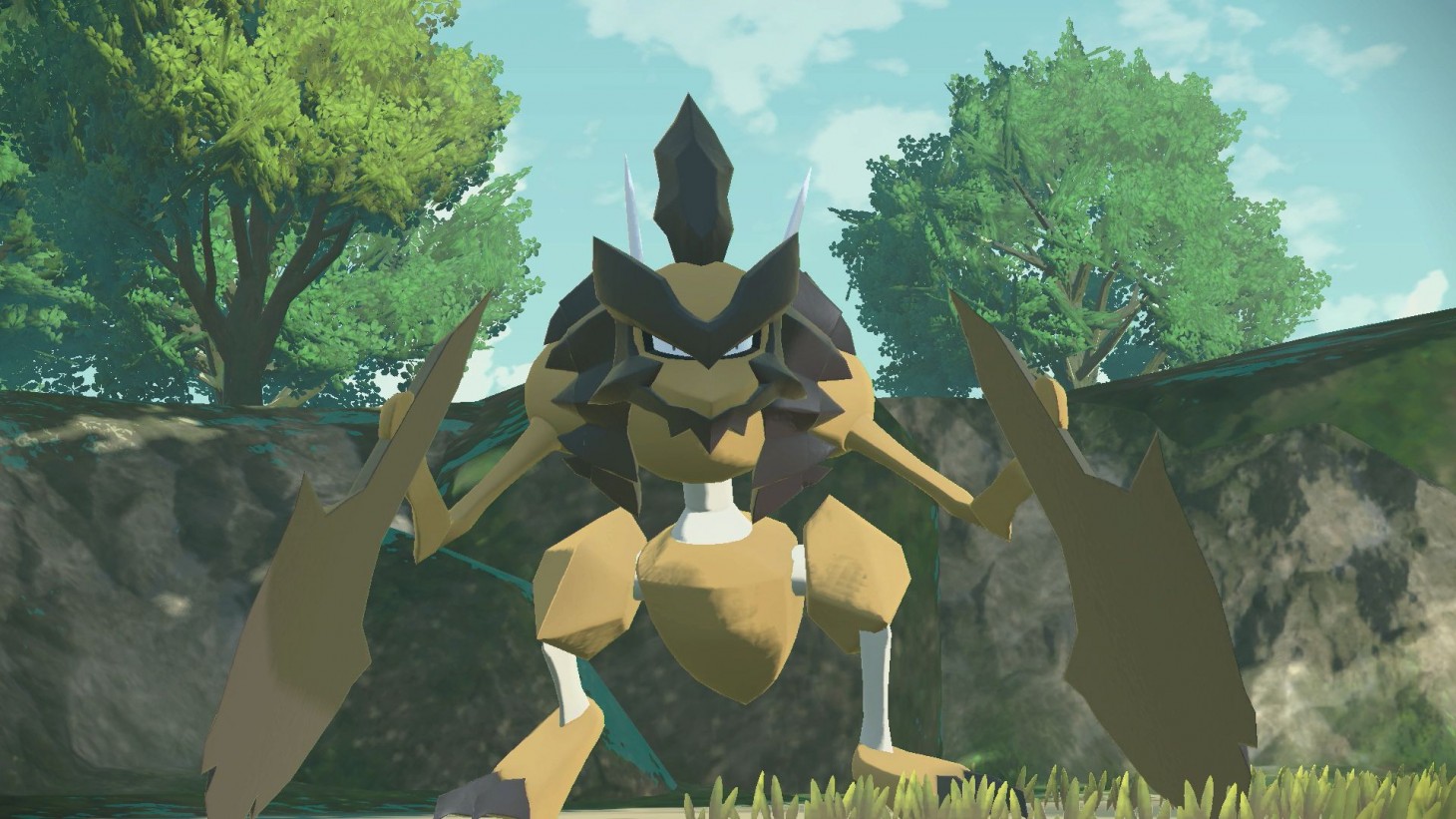 Pokémon Legends Arceus is set to be a revolutionary paradigm shift for the famed franchise with true open-world exploration. The latest gameplay trailer unpacked some announced features from past months and showcased some interesting new mechanics. That includes a newfound level of customization, free-camera boss fights, and a new Scyther evolution.

In Pokémon Legends: Arceus, you star as an up-and-coming trainer/member of the Hisui's Survey Corps, a crew of Pokemon enthusiasts committed to field studies. Of course, this means that you'll spend time filling the Pokédex and completing research tasks to flesh out Pokémon entries. The game world is brimming with life, and you'll ride the Wyrdeer, Basculegion, and Hisuian Braviary to cover massive distances. You can even attempt to catch various fauna while sitting atop your mounts (you can see this early on in the new gameplay trailer above).

In addition to navigating Hisui's many biomes, you'll meet with a bevy of other researchers, trainers, and "wardens," people who protect "special Pokémon." Hopefully, their broader role in Arceus' narrative will be unveiled in future press releases. And when you've grown tired of the long journey, swing by a town to purchase new garments items at a clothier or hairstyles at a hairdresser to spice things up on a visual level. You can even pose for professional photoshoots at the photography studio with your Pokémon pals.

Perhaps the most exciting reveal from the trailer was the "noble" boss battle that premiered at the end. Certain Pokémon that receive Hisuian blessings have transformed into massive, golden-hued creatures. When you engage with nobles, you'll have to use everything at your disposal to bring them down. You'll have to actively dodge incoming attacks in free-camera scenarios, summon your Pokémon to help turn the tides, and fling balm sacks filled with food to calm your powerful adversary. In the trailer, the trainer takes on Kleavor, the bug-rock evolution of Scyther. It turns out that Scythers are trading their scythes for axes, so keep your distance!

What are your thoughts on the gameplay footage? What did you think of Kleavor?