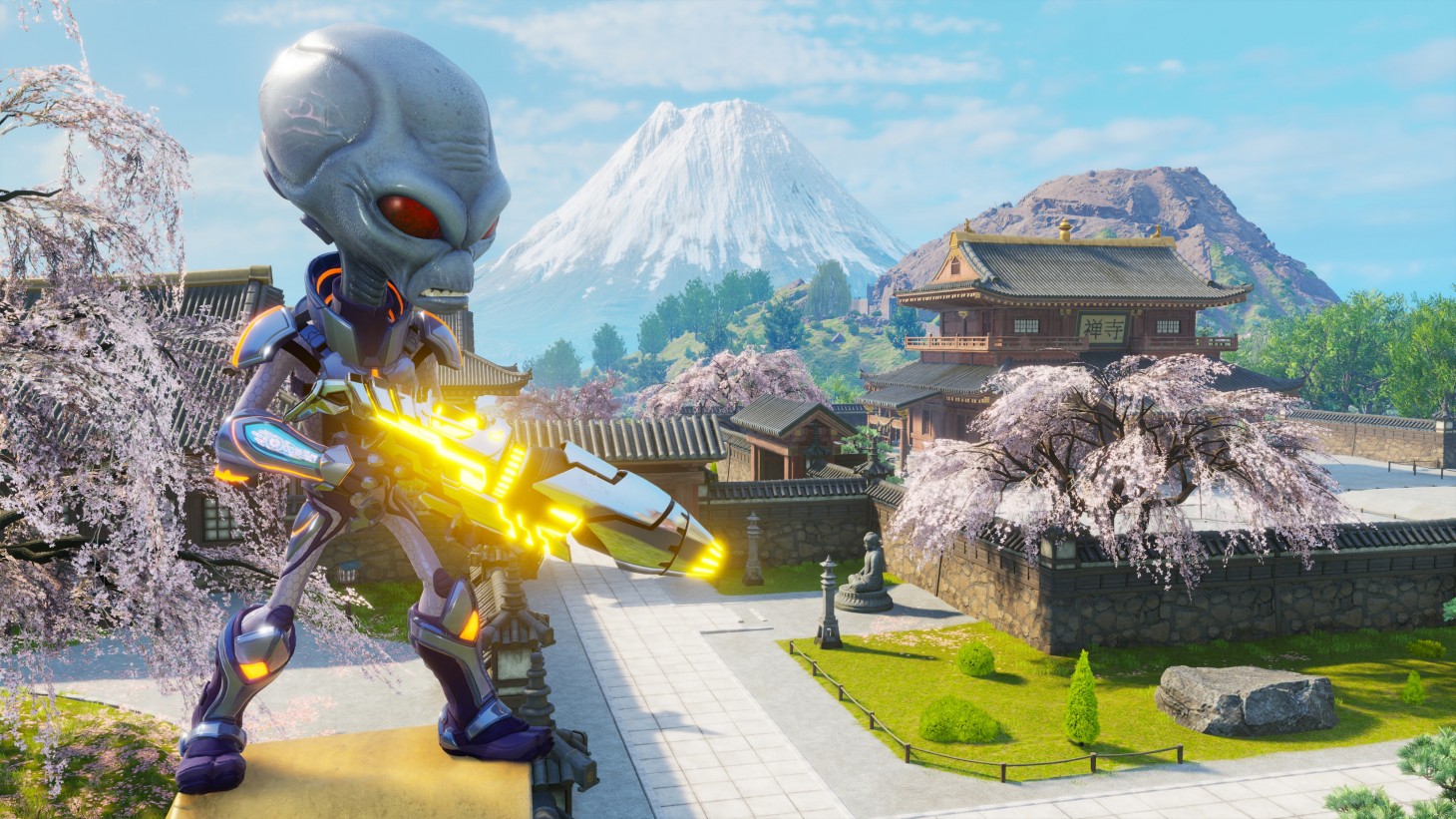 Set in the swinging '60s, Destroy All Humans 2 pits Crypto against the Soviet agents of the KGB as he attempts to capture, consume, and generally kill humanity. Our playable alien antagonist will have a myriad of weapons and gadgets at his disposal to complete missions. Of course, he’ll have his trusty flying saucer to wreak havoc on towns and abduct the residents for his nefarious schemes. Other weapons include the Gastro Gun, the Burrow Beast, and the Dislocator, a projectile weapon that bounces enemies far in the air and away from Crypto. Some of the technology at your disposal is being reworked to be more fun and balanced, including the previously mentioned Dislocator and the over-powered Free Love Goggles.

Black Forest promises a more diverse and populated world to decimate. Building the world for this remake wasn’t a matter of matching the exact maps from the original, but taking inspirations from the levels of Destroy All Humans 2 and bringing in modern sensibilities and techniques. Reprobed is a lot less flat and features more characters, plant life, and buildings than the original. One thing confirmed but not shown at this time is the return of two-player co-op. 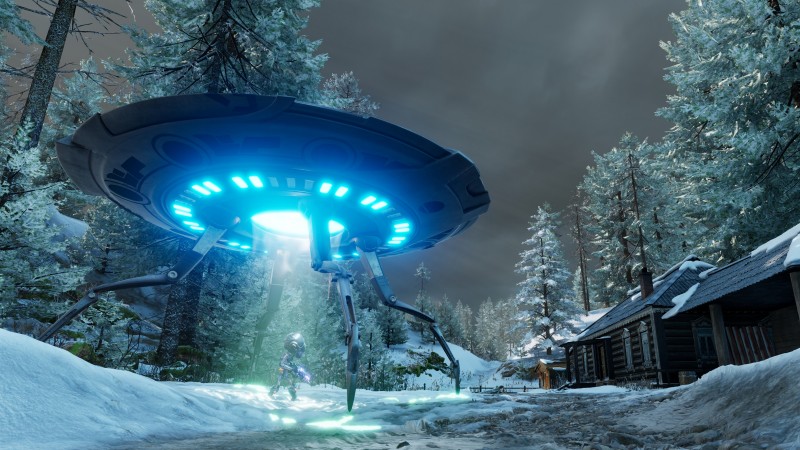 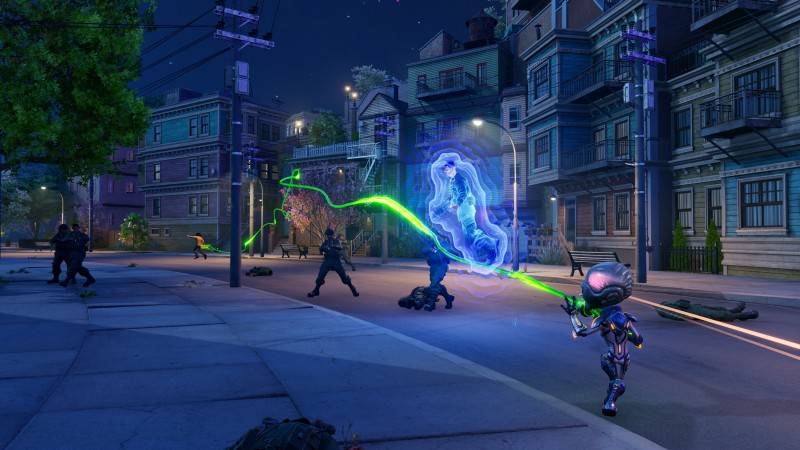 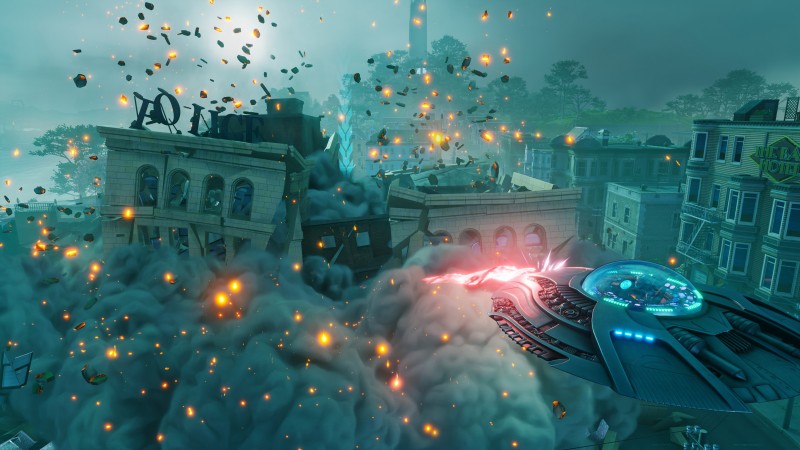 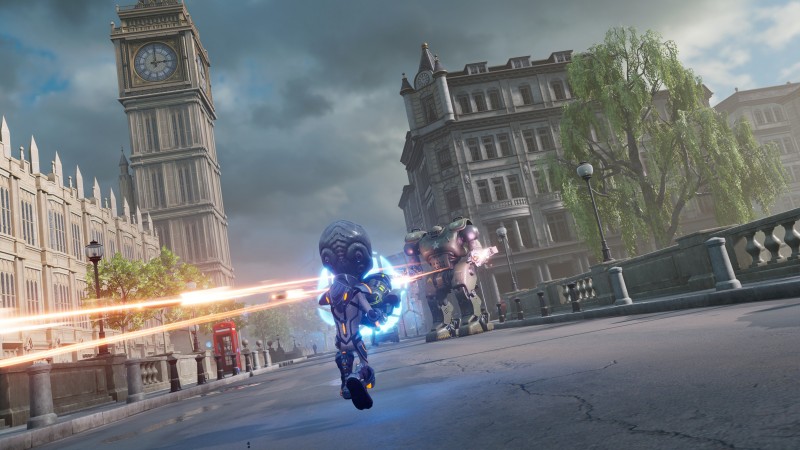 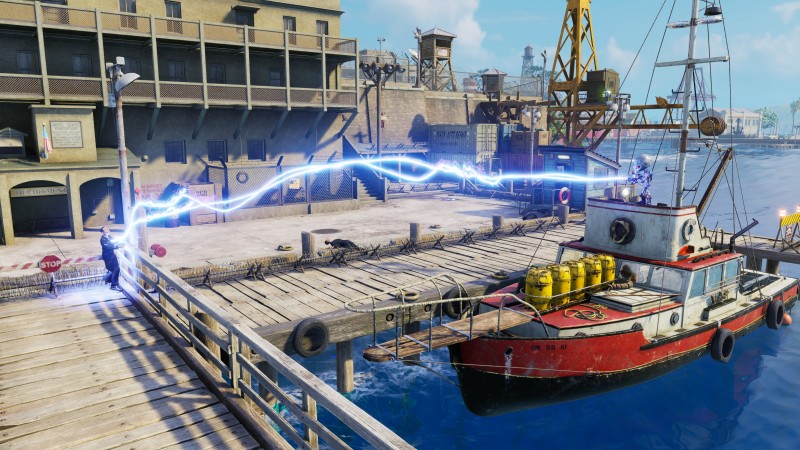 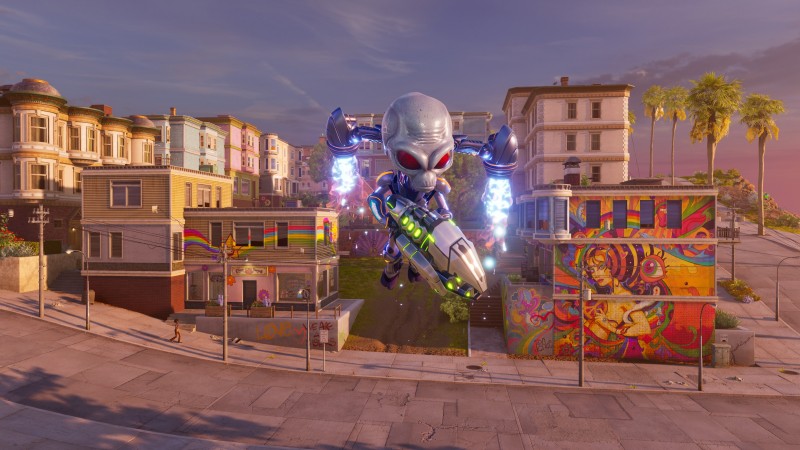 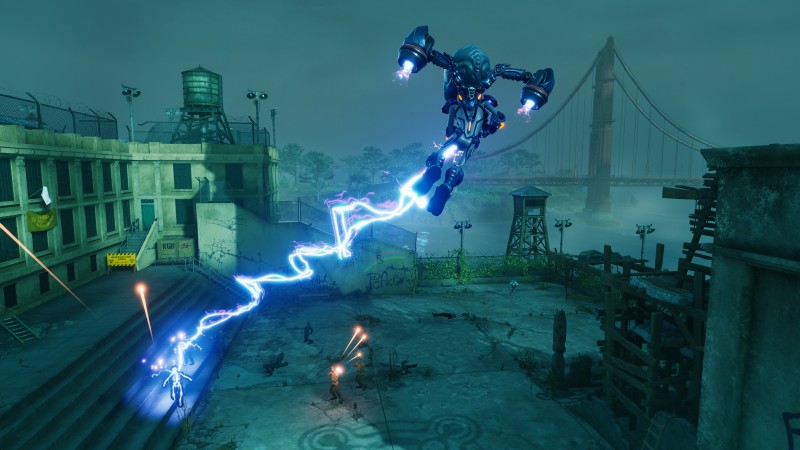 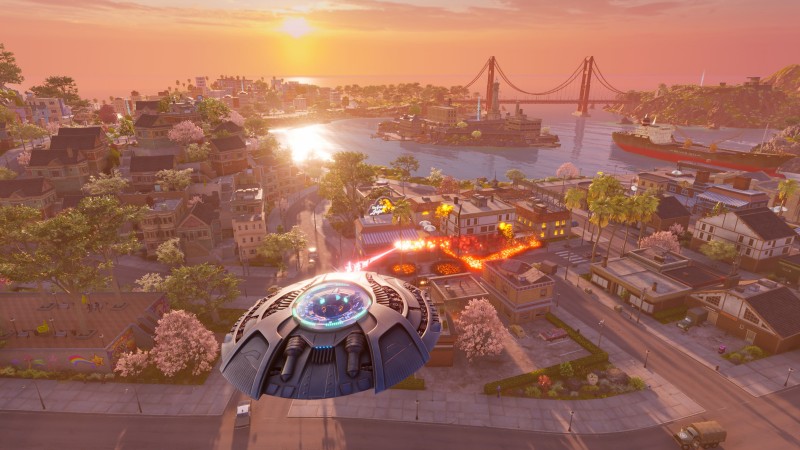 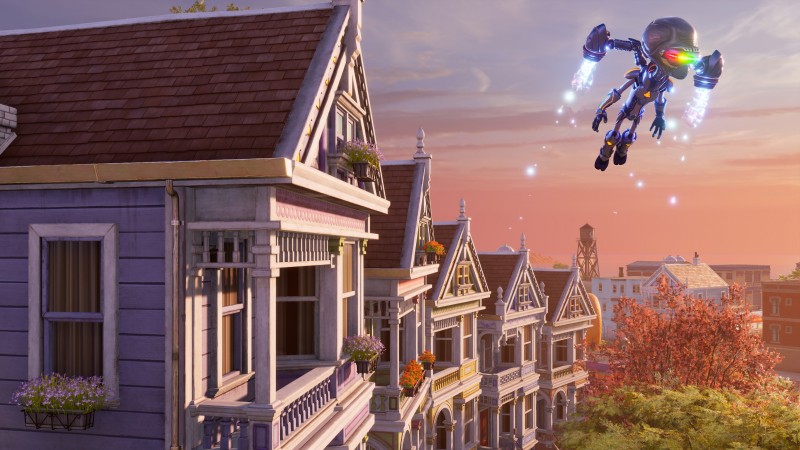 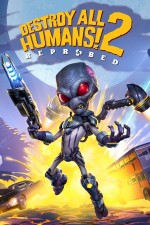