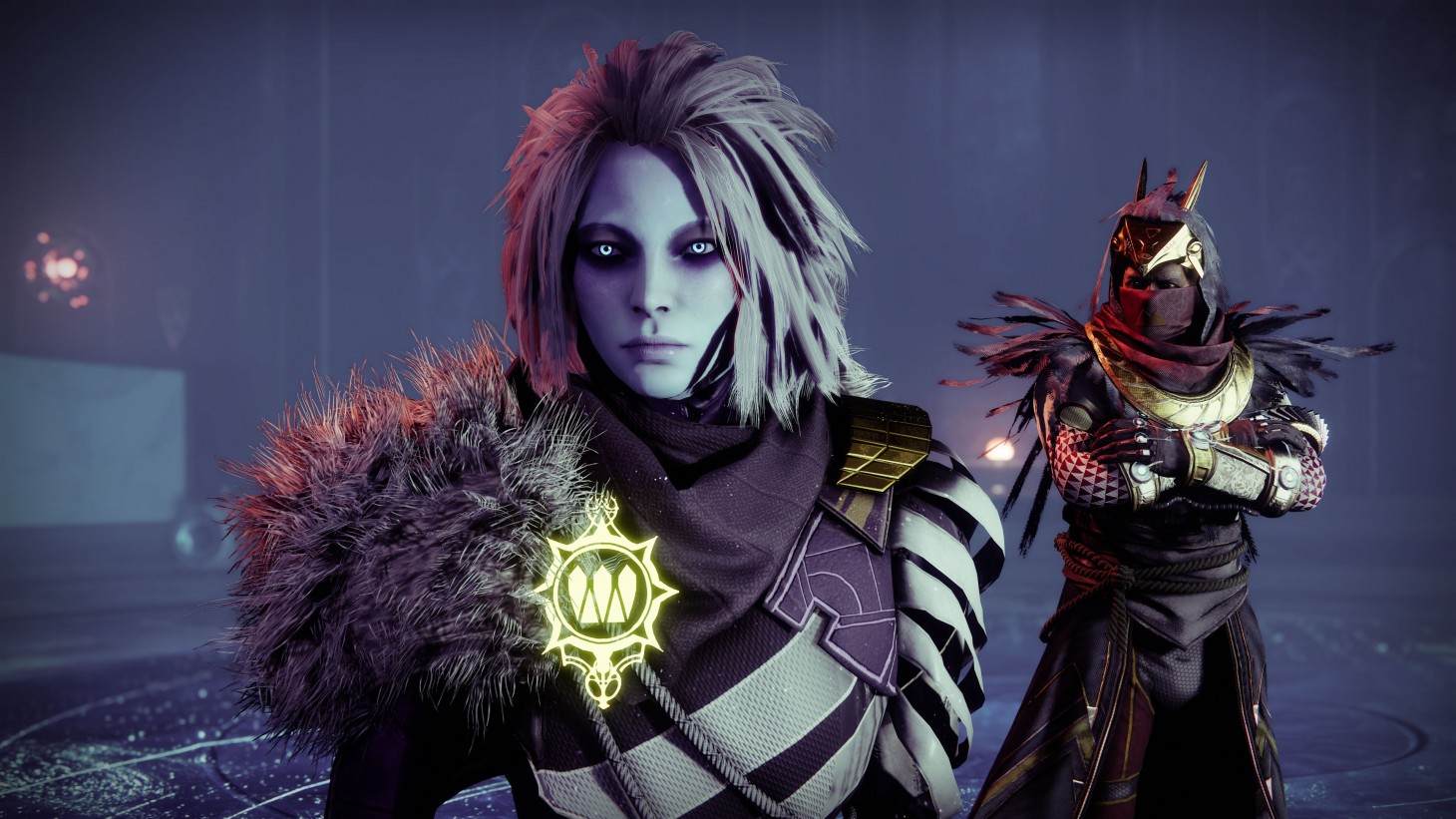 On August 24, Bungie is fully unveiling what season 15 will have to offer but following a Razer ad that accidentally leaked the new season's name, the studio went with the flow with their own teaser. With a new image, Bungie confirms Queen Mara Sov's return alongside a conspicuous Osiris in the background. You know, the guy I've been saying has been suspicious all season of the Splicer and I'm convinced is Savathun in disguise? Yeah, that guy.

Bungie's teaser drops the name, Season of the Lost, in an image showing Mara Sov with Osiris in the background. If you read our previous deep dive into the epilogue of Season of the Splicer, then you'll remember that Osiris, the romantic partner of Saint, left his better half behind. Saint-14 was then left to fight alongside Minthrax in order to protect the Fallen against Lakshmi-2 and the Vex. Osiris, completely uncaring about the danger Saint-14 was in, stood by and witnessed it all following Lakshmi's proclamation that Osiris helped her rally the Fallen for slaughter. Earlier this season, it was confirmed that Savathun has taken the disguise of someone in the city, but Bungie never said who. Given how Osiris has been acting following the closure of Season of the Chosen, I have been convinced that it's him. The Splicer's ending only made me feel more secure in that theory, and this image? Yeah, come on ... Osiris is Savathun:

The Queen returns in Season of the Lost.

We already knew that Mara Sov was coming back in some capacity given the audio of her from the previous season teasing her return, but it looks like her return is coming sooner than we thought. With her entrance into Season of the Lost, it's safe to say that what's next will heavily center around the Dreaming City with Mara searching for a way to break the curse placed on this area.

What's interesting to me is the naming of the newest season. While some have speculated that this could mean Mara Sov is lost, which would make sense, I think it could be referring to Osiris. Is there hope that Osiris, if he is taken over by Savathun, is locked away somewhere? Is he alive, can we help him? Or am I completely wrong and he's fine and dandy, looking to aid Mara in her possible search to cure the city? We don't know, but one thing is for sure: I can't wait to find out!

We'll be learning more about Season of the Lost on August 24, are you ready?