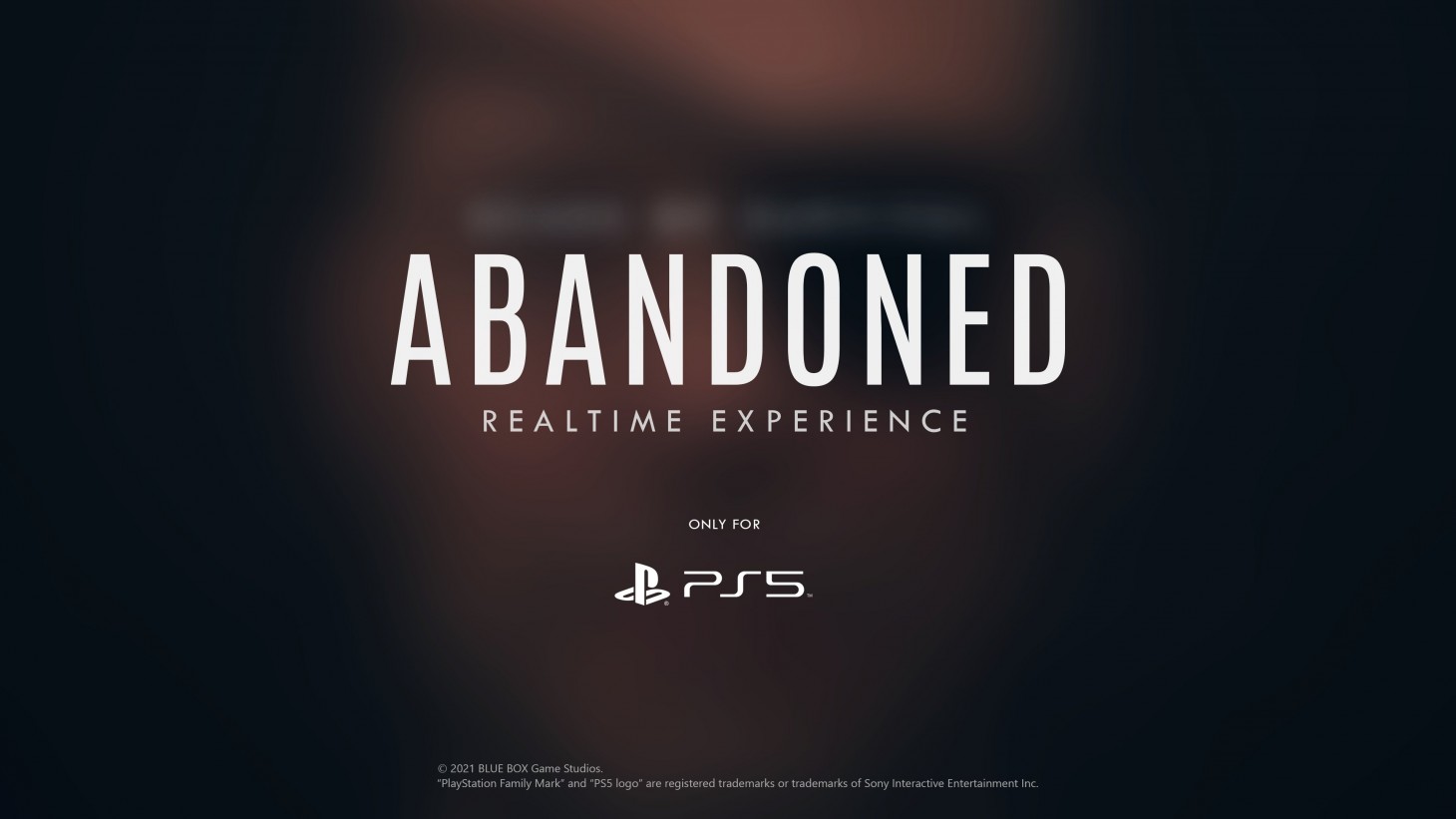 Blue Box Game Studios is heading towards not only the release of their game Abandoned, but first the launch of a real-time trailer app for the PlayStation 5. Set to release on August 10, this app now known as “Abandoned: Real Time Experience” will feature multiple in-engine videos running off the PS5 hardware. In a new tweet today, Blue Box posted a teaser image for the app that’s reviving some fan theories about the project having Konami’s and/or Hideo Kojima’s involvement.

Are you ready? We are! pic.twitter.com/dQJwjot99S

“Are you ready? We are!” reads text of the tweet. At first glance the image in the tweet above looks like only a logo. I missed the true teaser hidden in the background the first few times I looked at it. Behind the blurred facade you can make out the silhouette of a person’s head, and closer inspection will reveal what looks to be an eyepatch the right eye. A white line follows along the brow of the face. Could it be a reflection of light, or possibly more text concealed behind the blur?

Twitter users are running with the image which obviously looks like any variation of Metal Gear Solid’s Snake donning an eyepatch. Some are even trying to de-blur the image to give a clearer look at the face, others are attempting to decipher the unreadable text above the logo. Now that I’m thinking about it, that font is looking very familiar as well…

Some theorists are focusing on the face:

Others are taking a stab at the hidden text:

Could the blurred text in the background be???
"Welcome in Silent Hill" pic.twitter.com/WWHbHisZkv

While another group of dreamers have their own grand ideas:

It was him all along... pic.twitter.com/rg0hgQHzE7

Blue Box Game Studios and Abandoned have been under a microscope for months regarding theories the game is connected in some way to Hideo Kojima, Konami, and the Silent Hill franchise. Some think the game's director Hasan Kahraman's name is code for Hideo Kojima, while others followed wilder clues tied to the name of the studio and the famed Death Stranding creator. Hasan denied the studios involvement with Konami and Silent Hill last month in a video posted on Twitter, however, if that's true, this new teaser image is not helping to alleviate that rumor. I was on the side of Abandoned having nothing to do with any Konami property, but now I don't know quite what to think.

We'll find out soon enough because the Realtime Experience app for Abandoned is ready for preload on July 29 PlayStation 5, and goes live with the first trailer on August 10. Hopefully there will be some answers to the gaming community's ever-growing list of questions in there. Abandoned is scheduled to releases sometime this year on PS5 and on PC "eventually."

What are your theories for Abandoned? Are we just getting trolled, or is there actually a connection here? Let us know in the comments!