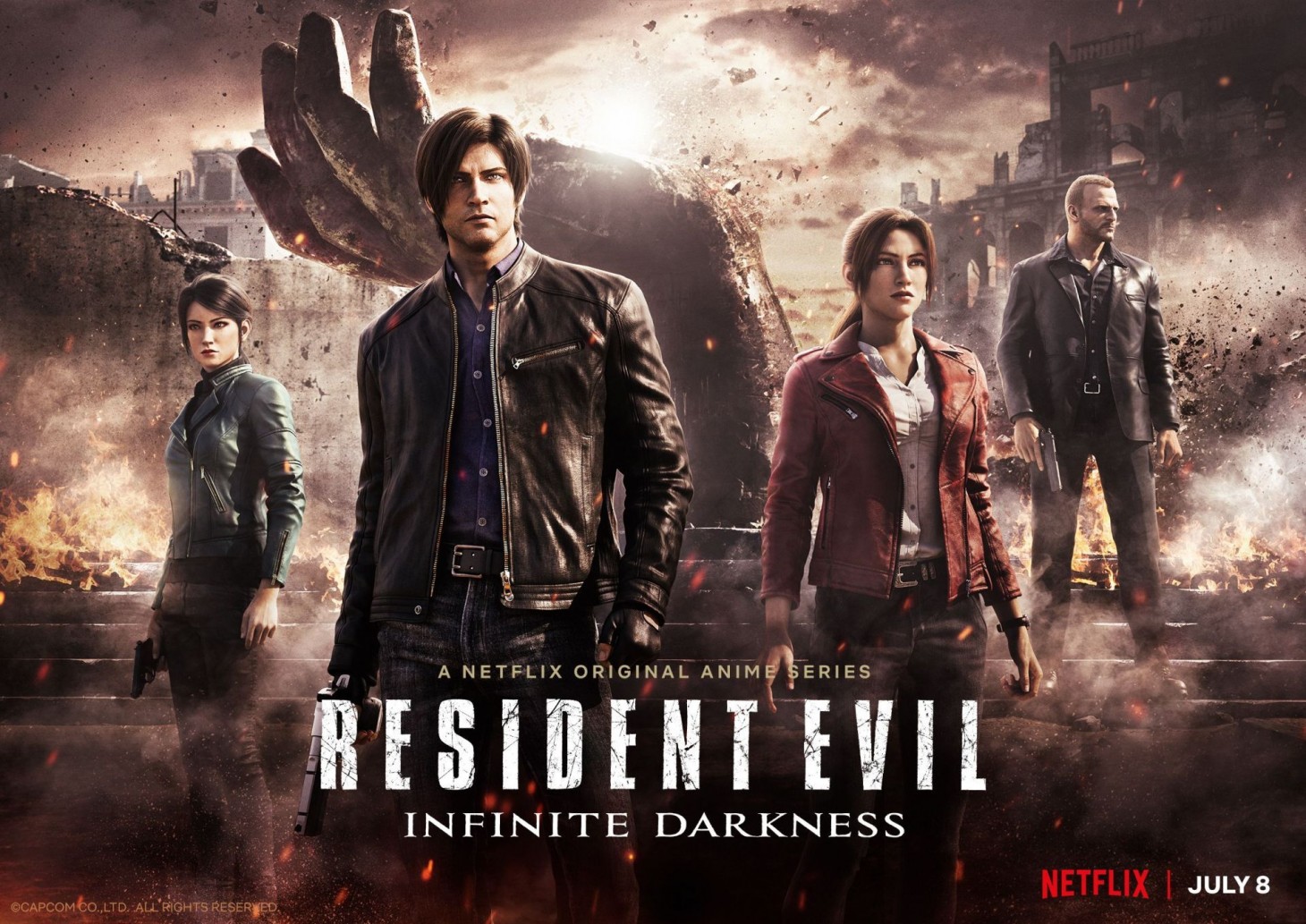 Resident Evil: Infinite Darkness is set in the year 2006, two years post-Resident Evil 4. The new show starts off with the U.S. President, Ashley's father, having to evacuate the White House after yet another hostile takeover takes place. In the universe that can't seem to find its chill, fans of the iconic horror series from Capcom have a new adventure to partake in starting today.

You have once again entered the world of survival horror...

As part of the #ResidentEvil25thAnniversary celebration, RESIDENT EVIL: Infinite Darkness is available to watch now on #Netflix!

The new show is produced by Capcom's Hiroyuki Kobayashi from the Resident Evil game franchise. TMS Entertainment, which also has a history with various anime series, also produced the series, while Quebico, led by Kei Miyamoto, the producer of Resident Evil: Vendetta, led the full 3DCG animation production.

With it just going live today, we haven't had a chance ourselves to watch it, but it will be interesting to see how fans of the iconic horror franchise take to the new series. From everything we've seen leading up to launch, it looks like this just could be the adaptation we have been searching for, but if it nails that vision? That's something we'll just have to watch to find out.

Netflix also released a new video for the TV series, which you can see below:

This isn't the only Resident Evil adaptation either. There is also a new live-action movie on the way as well, though we'll have a little more to wait on that one. If interested in learning more, check out our previous coverage here.

What do you think about  Netflix's Resident Evil Infinite Darkness? Do you feel hopeful about this adaptation and have plans to watch it anytime soon? Sound off with your thoughts in the comment section below!