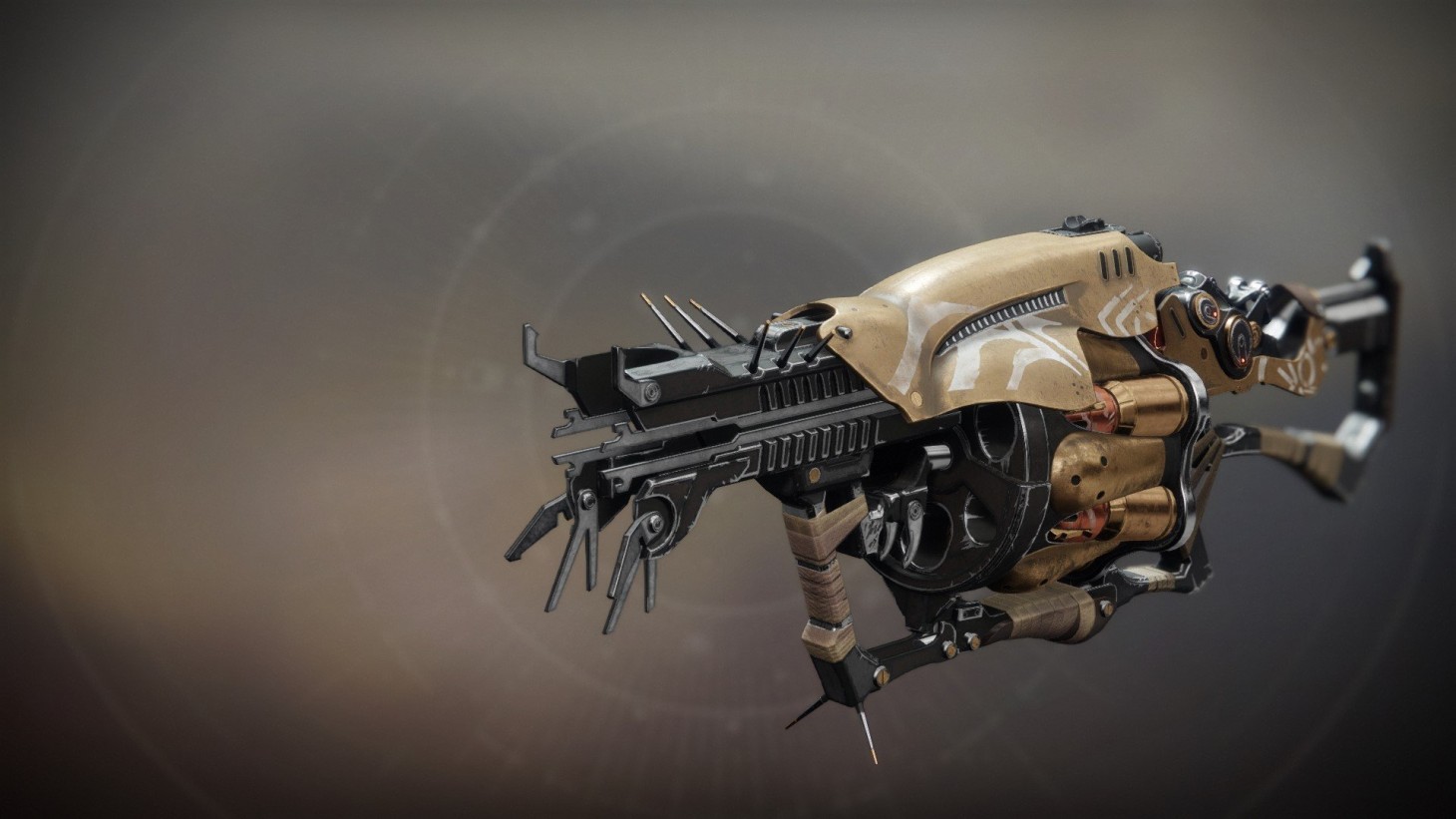 Destiny 2 Season of the Splicer is coming to a close and with Osiris acting more than a little suspish and Lakshmi being her annoying self, where season 15 will take us is anyone's guess. While we await to uncover who Savathun is impersonating within the City, weapon feature lead Chris Proctor did provide some insight into what sort of changes are on the horizon for game mechanics, weapon shifts, and a potential Exotic overhaul, including which season 15 changes are arriving early.

Let's just rip the bandaid off, shall we? Now I know, you're going to make fun of me, but I only recently just scooped up Anarchy at the end of Season of the Chosen. I have the worst drop rate in history. 100 Deep Stone Crypt clears, still no Eyes of Tomorrow. A ton of Vault clears, still no Mytho. So it was no surprise that I ended up having to just cash in Raid tokens to buy Anarchy - one of the most OP weapons in Destiny 2 - shortly before the studio decided to nerf it. I understand, I'm just sad.

"Anarchy has done too much too well for too many years (without even counting the boost it's gotten this Season, which is due to the sweet Grenade Launcher artifact mods), so we're making changes that make it great at a couple roles rather than being the jack of all Grenade Launchers," said Proctor, breaking my heart in one fell swoop. It makes sense, it's ridiculous how powerful it is, especially against high-ranking enemies, but it hurts, man. It hurts.

OK, the crying monologue is over, there are actually some cool changes on the horizon and a much-needed look at how Exotics operate in the current meta. With Hand Cannons having their own spotlight right now in the PvP portions of the game, Bungie has been looking at how to best implement a mid-Season sandbox change, a "much larger one" than players are used to around this time. Since the team decided to push some of the planned season 15 changes early, here's a brief overview of what's happening in the future of Destiny 2.

The first priority of next week's update centers around PvP with shotguns, Hand Cannons, and Dead Man's Tale, which is a Scout Rifle. "Combined, these dominate all forms of PvP, including trials," said Proctor, and he's not wrong. Between that and all of the player feedback regarding how Special weapons work in standard Crucible, Bungie felt it pertinent to address this first.

First up: how Specials work in PvP. According to Proctor, the role of a Special weapon should have just one instance in the game where it is the "dominant choice." When that one limitation is no longer there, and a certain weapon is considered overpowered in instances where that might not necessarily make sense, the roles assigned to certain gear need to be looked at. That's exactly what Bungie is doing, detailing which roles they are looking Special weapons to fill:

Shotguns, to my immense chagrin, are a pretty major go-to in PvP, and for good reason. A well-placed shot can stop a Titan mid-ult in their tracks, and don't even get me started on those shoddies that have the range of a sniper (good lord). That being said, Bungie does recognize that they don't really have a balanced counter, which has been a source of frustration within the Destiny community for a while now. Because of that, it's hard to play around with loadouts that feel comfortable, or even enjoyable, for those taking to PvP a bit more seriously. Bungie is looking to change that.

"We see frequent player feedback about their prevalence in PvP activities and how they make it difficult to use various weapon archetypes that otherwise feel good against players without Shotguns," said Proctor. "We want them to excel in a narrower niche then they do currently, so this change aims to retain the reliable one-hit elimination, but at closer range, and push them to be slightly rangier than currently at getting two-hit eliminations. As with our intent for all Special weapons, if a player is caught out of position with a Shotgun, they should be at a clear disadvantage."

The mindset is that faster-firing shoddies will "eat into" Aggressive Shotguns, thus making different Special weapon types more usable in the future. Case and point:

The Aggressive (120 RPM) Hand Cannons were already tweaked earlier this season but Bungie felt that those changes did not reach their full potential. So, the following changes can be anticipated:

Dead Man's Tale is also getting a few tweaks, especially regarding the ease of use this Scout Rifle has for Mouse and Keyboard players. Bungie doesn't want to change too much with this Exotic because it is largely working the way it was intended, but players will see the following change in the future:

Sleeper Stimulant is also not escaping a little rework action. Bungie is making Sleeper more powerful as a one-hit-wonder (in terms of single shots) by making these adjustments:

The Anarchy change is among the "bigger" adjustments where some of the tweaks are just "too large for mid-season." In the near future, both pre-season 15 and at the start of what's next, Bungie has confirmed that a few areas are being targeted. Fusion Rifles are getting a lengthy rework in the future, including Perks and Mods. Breech Grenade Launches are also getting some changes with the above Shotgun tweaks to make them feel more comfortable to play with the desire for more Special weapons to be considered in PvP.

But I'm still stuck on the Anarchy changes. Pour one out for, um. Me, I guess. Thanks.

There are more changes on the way, more feedback-inspired improvements on the horizon, and a new season looming ahead. Will we finally figure out what the heck is going on? I sure hope so! In the meantime, you can check out what else is new with the full blog post here.