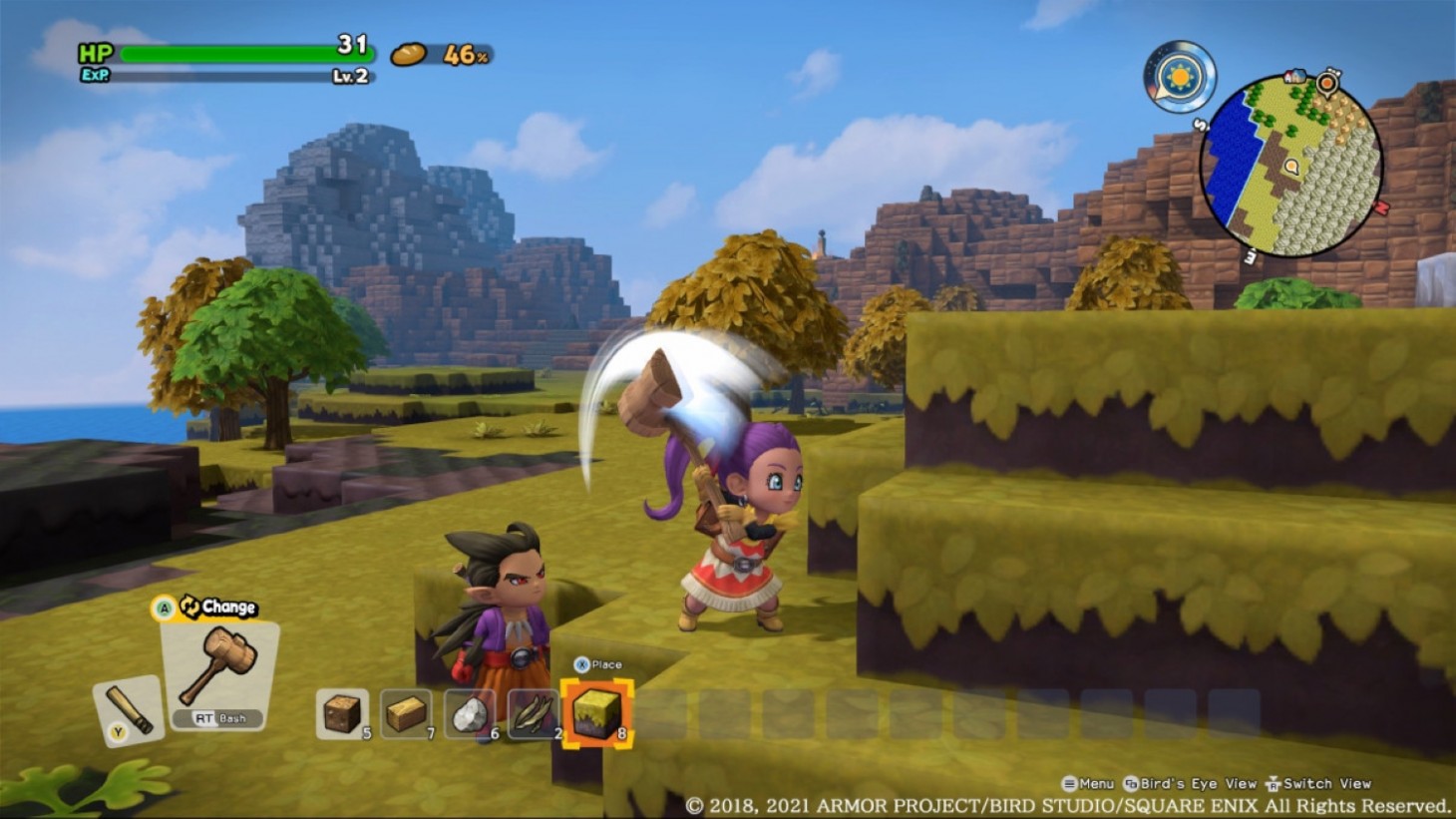 Yet another title is coming to Xbox Game Pass, the first of several announcements on the way for the month of May. Microsoft has confirmed that the first game to make its way into the rotating library at the start of a new month is none other than Dragon Quest Builders 2.

In the latest Xbox Wire blog post, Square Enix's Duncan Heaney has confirmed that Dragon Quest Builders 2 is coming to Xbox Series X/S, Xbox One, and Windows 10 PC on May 4. It's then that it will also be arriving on Xbox Game Pass. Dragon Quest Builders is a charming spinoff adventure set within the beloved Dragon Quest universe. It's an enjoyable block-building RPG experience that is easy to get lost in, and it even has a charming story to enjoy as well.

Our own Jeff Cork loved his time with the latest Dragon Quest Builders, which first came out in 2018 on PlayStation, Nintendo, and PC platforms. Giving it a whopping 9 out of 10, he had this to say about the most recent building adventure:

Dragon Quest Builders 2 has remarkable improvements, both large and small. Boss battles are now actually kind of fun. NPCs help you build some of the more ambitious projects, which lets you focus on doing your own thing. Malroth helps fight and gather resources, so you aren’t on your own. Other players’ creations are highlighted in loading screens and in-game bulletin boards, and you can easily visit (but not destroy) their worlds. This is one of those rare sequels that delivers on just about every front, so long as you’re able to put in the time it asks of you. This definitely isn’t a weekend project, but it’s one that’s absolutely worth the effort.

The latest addition comes on the heels of six other titles joining the subscription service recently, including more ways to enjoy Fable and MLB The Show 21.

Interested in what Xbox Game Pass has to offer but haven't made the leap yet? There are two different membership options to choose from, both offering an enticing deal when looking to game on a budget. There is the vanilla Xbox Game Pass for $9.99 and Game Pass Ultimate for $14.99. Ultimate includes everything the base membership has to offer with the addition of Xbox Live thrown in for exclusive sales and even more free games every month through Games With Gold. It allows players to enjoy free games at no additional cost, including day one launch titles under the Microsoft umbrella, and some surprising day one access as well as seen with MLB The Show. It's a great deal for those that don't want to shell out $60+ for a game they're not sure they'd like. You can learn more about that here.

Thoughts on Dragon Quest Builders 2 arriving on Xbox Game Pass and making the jump to Team Green finally? What other titles would you like to see added to this subscription surface? Sound off with your thoughts in the comments below!