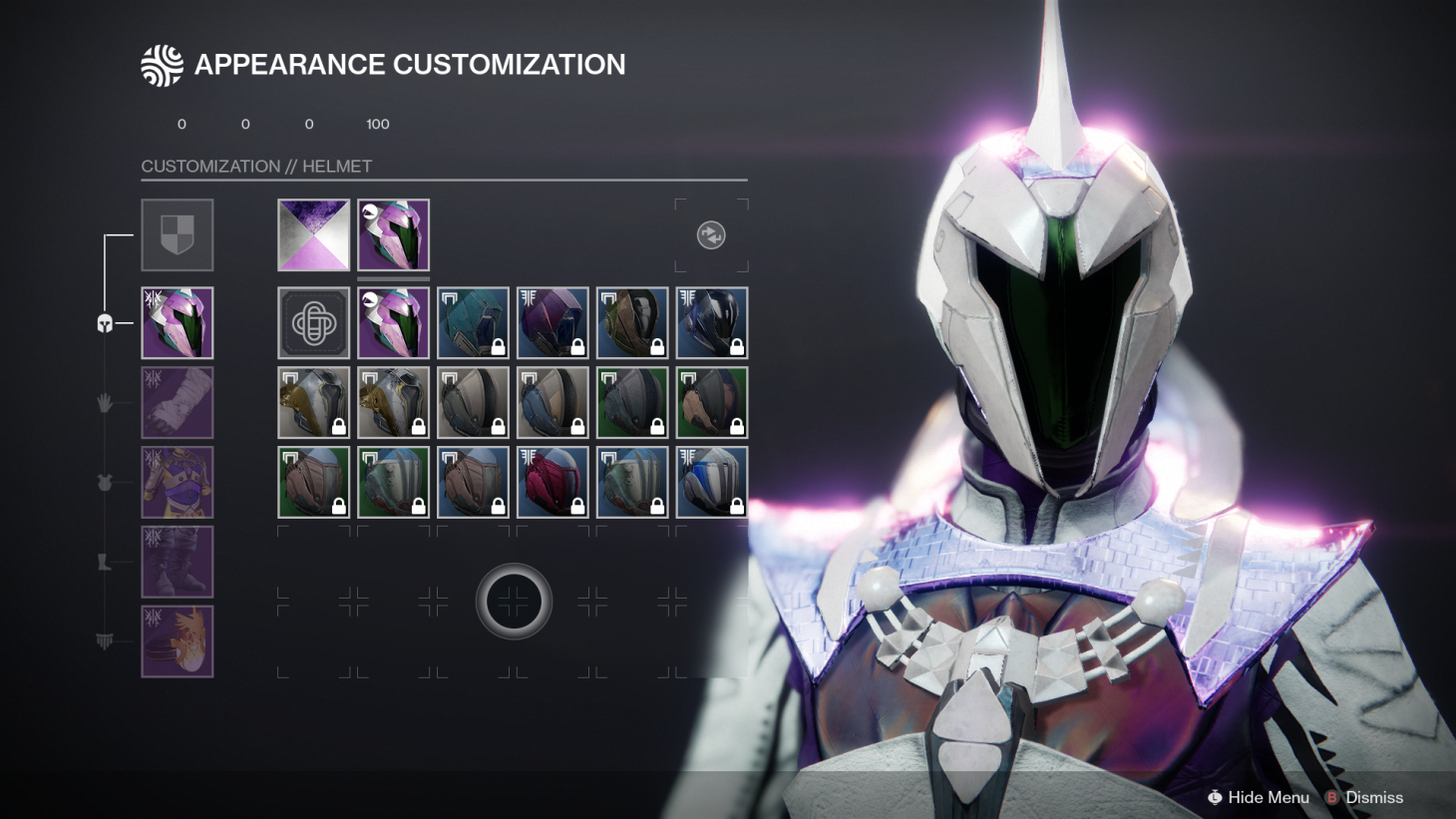 Bungie Shares New Destiny 2: Season 14 Transmog Details, And It Could Use Some Work

Destiny 2 is finally get transmog in season 14 with the return of Ada-1. Transmog is a feature that players have been asking for since the first game, and its arrival is long-awaited by Guardians around the world. Bungie has previously offered players a sneak peek at what Ada-1 will bring to the table, including how her role changes that of Banshee's, but the latest revelation has the community divided.

In the latest This Week At Bungie post, the team revealed new details about how transmog will work. Turns out, it's a lot more seasonal than many thought, and seemingly goes against the massive positive push seen in Season of the Chosen. In the most recent blog addition, Bungie opened up about how transmog has been the number one requested feature since D1 and that the studio is finally in a position where adding more customization options makes sense with the evolving game economic changes. With Ada-1's arrival comes Armor Synthesis, which is what Transmog is labeled as, and its aim to help Guardians tweak their looks to perfection without having to lose out on stats.

So then what's the issue? Before diving into the specifics, Bungie provided a quick breakdown of what's needed: Earn Synthstrand by killing enemies > Earn Synthcord by exchanging Synthstrand for bounties (150 Synthstrand can be taken to Ada-1 at the tower for class-specific bounties) > Convert Synthcord into Synthweave at the Loom in the Tower > Use Synthweave to turn Legendary (or lower) armor pieces into a Universal Armor Ornament. I was kind of holding out the hope that this would work with Exotics too, but I knew going in that likely wouldn't be the case.

Universal ornaments only work with Legendary armor pieces. They cannot be used on Exotic armor in an effort to keep the accomplishment of earning higher-tier pieces feeling special.

"When developing this feature, an early goal was to ensure players could earn Synthweave through numerous activities in Destiny 2," explained Bungie. "That way, players who spend most of their time in the Crucible could continue to do so and still engage with Armor Synthesis. There will be five categories of Armor Synthesis bounties: Vanguard, Crucible, Gambit, Destinations, or Raids and Dungeons."

If you scoop up the wrong bounty, there is a penalty. While a portion of the Synthstrands used will be returned, the full amount can't be recovered. Guardians are limited to ten Synthwave per class, per season; so 30 in total. With season 14, that ten limit is waived with an additional ten being earnable to celebrate the arrival of transmog, but after that? The plan is to revert it back to ten per class.

Beyond Exotics, temporary exceptions will also be present, though Bungie mentioned that it is working on workarounds for this in future seasons. Those exceptions include Trials of the Nine, Prestige Raids, Faction Rallies, Crucible, Iron Banner, and Vanguard.

The example Bungie provided is for Hunters, saying that players can unlock four armor pieces and sixteen additional cloaks that are interchangeable.

There is also an activity-adjacent element as well. Another example provided by Bungie is that if a player has Crucible ornaments from the Curse of Osiris expansion, then they can apply those to any piece of Crucible armor at no cost whatsoever. That being said, that armor ornament cannot be applied to new Seasonal armor.

According to Bungie, "Additionally, all base armor appearances from 2018 and 2019 Solstice of Heroes events will be available for Armor Synthesis. However, due to an issue where 2018 and 2019 glows cannot be socketed alongside armor appearances in the new Guardian Appearance system, the glows will not be supported. Solstice 2020 armor glows were developed with the Guardian Appearance system in mind, and players will retain the white armor glow if it was earned during the event. Subclass-based glows will continue to function on their Universal Ornaments as well."
Eververse

Regarding the Eververse, the in-game store that has seen quite a bit of evolution since the start of Destiny 2, players will be able to purchase select Synthweave Templates from the Guardian Appearance screen. There are singular and bundle options, with the bundles offering a five-piece Synthweave package.  For one Synthweave template, the cost comes in at 300 Silver. For five, that cost bumps up to 1000 Silver. These can also be applied to any class, so no limitations on that front.

Shaders are something that I'm really ashamed to admit how many Legendary Shards I've wasted. I'm addicted to changing the look of my gear, almost daily. With the arrival of transmog, shaders are also getting some tweaking, with the biggest change being the removal of the one-time use shader limitation. All shaders will be immediately visible in the Guardian Appearance screen, and each shader can be applied for 500 glimmer per piece of gear. Bungie is also finally offering the "apply all" option, which is great for those that just want to swap out that aesthetic on the go, though that will cost 2500 glimmer.

With anything in Destiny 2, you need to prepare to grind it out. With bounties, the hunt for Pinnacles, with Triumphs - the entire game is centered around getting out there and getting those hands dirty. The issue that players are having isn't necessarily the grind attached to obtaining Synthstrand, the issue that is taking over conversation centering around transmog is that it's restricted per season, which paid members feel is unfair when making purchases like the Season Pass.

Personally, I am disappointed in the seasonal gate. I understand the reasoning and I also understand that we don't have our hands on it yet, so we don't see the full picture in action, but I do just want the freedom to change my Guardian's look whenever I want. Even more so since we can't change our character's appearance once the story has started, so the gear option is the only way to customize how we are presented in this world. As someone that spends way more time in this universe than is probably healthy, I spend a lot of time with my Warlock, Hunter, and Titan. Having a cap on when to be able to change armor via transmog is a bummer, especially when looking at the course of a season. My only hope is that Bungie is really good at listening to feedback, and I'm far from alone in this sentiment. I hope that the community and dev teams see the feedback (parsing through the insults) and make adjustments that still fit their vision while still honoring the player base. Especially for those that pay for the Season Pass.

What do you think about the transmog revelations for Destiny 2: Season 14? What aspects would you change, if you could? Sound off with your thoughts in the comment section below. Cayde would want you to.

Side note: Shoutout to dmg04 for the Warlock love in this week's update! We need it for this year's Guardian Games!