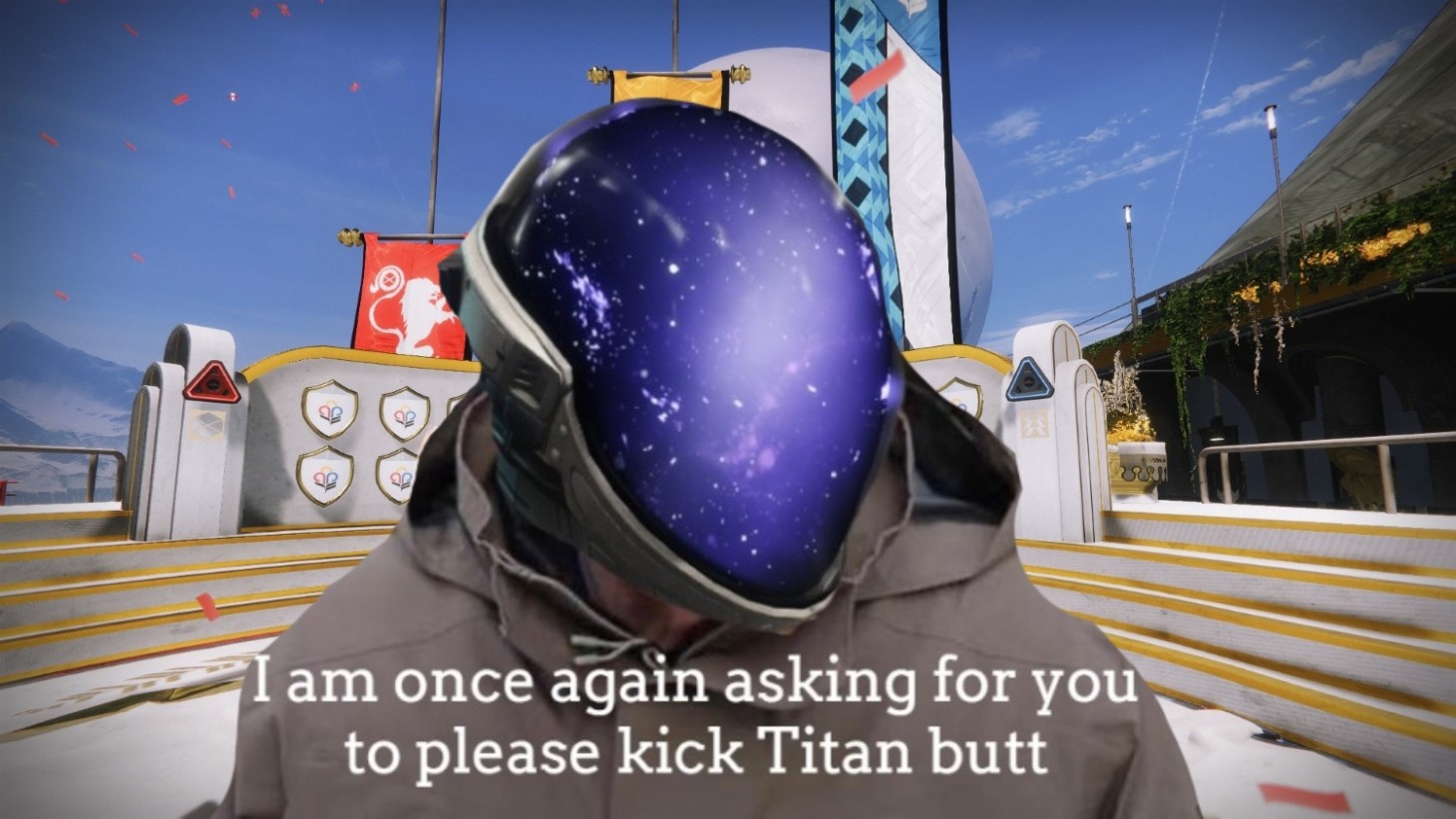 Destiny 2 Guardian Games: I Am Once Again Asking For Warlocks To Get It Together

The Destiny 2 Guardian Games have arrived for Beyond Light, and already the three classes are going to war. Last year, Titans absolutely creamed Hunters and Warlocks, so now the latter are teaming up to overthrow those Chonky Bois and going for the gold. Whilst diving in yesterday to get started on Laurel farming, I was instantly met with flashbacks from last year: Hunters were dominating with Titans in last place by a wide margin. Unlike last year, I'm hoping Hunters and Warlocks can keep that headstart throughout the duration. That being said, as a Warlock main, I am once again asking for my fellow space wizards to get it together.

Last year was a steal. Hunters, though not Warlocks (sadly), were poised to steal the games. Then, out of nowhere, Titans can in with a sweep, effectively knocking the other two classes basically out of existence. It doesn't help that Titans have an advantage with public appeal, this has been a beloved class since the launch of Destiny 1, though not quite enough to dethrone Hunters. The current stats, according to the fine folks over at Bungie, don't offer a lot of hope for space wizards, which is where my plea for help comes into play.

According to Bungie, though this is a little outdated because it's from September of 2020, here is the class breakdown:

Part of the takedown of the Hunter class last year was that Bungie, controversially, hit our cloaked heroes with a penalty due to the advantage of a higher player count. The heart was in the right place, but the execution was terrible, and the result ended with Titans slaughtering everyone else. Luckily, Bungie took the feedback to heart and this year is different. While the studio is still accounting for the population difference, it won't be like it was previously. This year, the class that comes in third place at the end of each day will receive a permanent 10% bonus on scoring going forward.

In addition to the new Strike Playlist for the Guardian Games, there are also a few modifiers as well to keep things interesting:

There are some negative modifiers as well to make sure that the challenge is still there - we can't have things being too easy, you know? Here's what you can expect in that area of the competitive event going on now:

While I do play across all three classes, Warlocks are my go-to. I used to main Hunter, but Warlocks have an Arc Super attack that literally makes you feel like Palpatine from Star Wars (and it's AWESOME). After I played around with that in PvP, I was converted to that Warlock lovin'. I do enjoy my Titan, but for the purpose of this year's games? I'm going all-in with that space magic. I just hope that my fellow Warlocks can get off those butts because the Hunters are already setting the pace following day one. Jumping in yesterday, I was having a blast taking to the Strike rotations and cashing in those medals. With the Heir Apparent and its Catalyst on the line, alongside some swanky glow effects with the new armor, 2021's Guardian Games feel fresh and give players a reason to grind.

Interested in learning more about the rewards on the line? You can check out our full breakdown here to find out what's at stake, other than just our pride, for the Destiny 2: Guardian Games.

In all seriousness, just have fun. Beyond Light - and more specifically, Season of the Chosen - has revitalized the Destiny community in an amazing way. Let's celebrate with the Guardian Games and just have a good time! Shout out your D2 Guardian Games predictions in the comments below! See you around, Guardian!