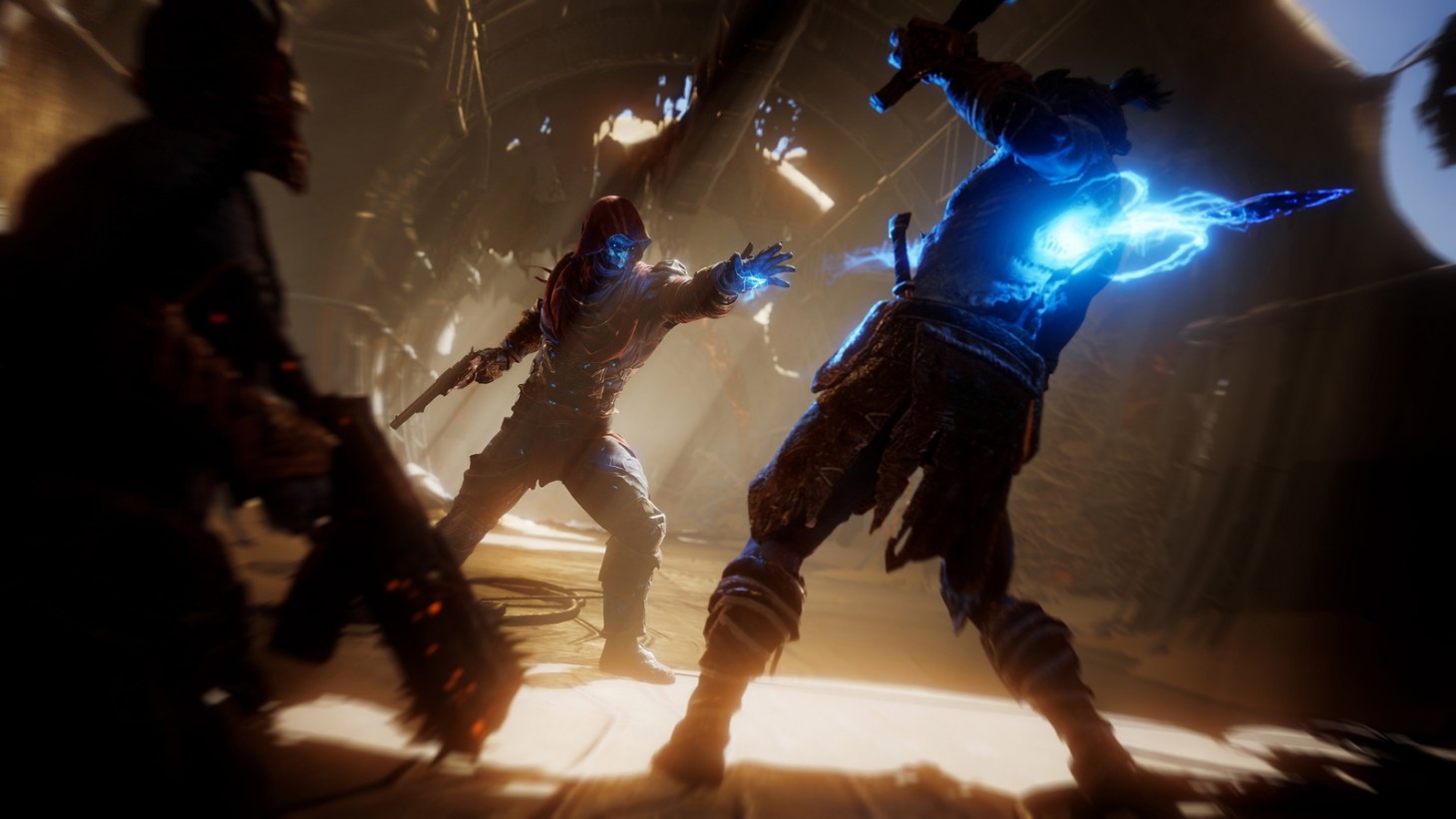 Outriders Hackers Will Be Punished With Watermarked HUDs And Slower Matchmaking

Outriders launches this week, but cheaters have already found ways to exploit the experience while playing the game’s demo. Specifically, some players have hacked files in order to give themselves legendary gear and bump up their levels. Although Outriders is a cooperative experience and has no competitive element whatsoever, People Can Fly would rather you didn’t partake in such things and has some rather unique methods of identifying and deterring hackers.

The developer recently posted a lengthy Steam blog (shared by Gamasutra) discussing the latest updates to hit the game ahead of its launch on April 1. In addition to detailing the changes coming to the launch version and post-launch support, People Can Fly explains exactly what it means to cheat in Outriders and how they plan to lay down the law.

What’s the punishment for breaking these rules? To start, People Can Fly says offending players can no longer matchmake with legitimate players (they can still play solo, however). That means if you hack, matchmaking will take much longer for you if you wish to play cooperatively. The crème de la crème of these measures, however, is that hackers will have their HUDs labeled with what the studio describes as a “ discreet but visible” watermark so that any gameplay footage from that account will be quickly flagged.

If you’ve violated any of these rules while playing the demo, watch out. People Can Fly says it plans to check every account for evidence of cheating before launch day and then at regular intervals going forwards. Accounts that fail the check will be permanently flagged. However, the team adds that if you cheated “for fun” during the demo and wish to play the full experience legitimately, you’ll have to delete all of your characters and items from your entire account so that nothing fraudulent carries over. This rule also seems to only apply to Outriders on PC. It's unclear if hacking has been a thing on consoles, but if you've found a way to do so, my advice to assume the worst.

The developer shares that only 200 of the 2 million players were caught hacking during the demo, which is 0.01% of players. That’s obviously a very low amount, and the developer hopes to keep it that way as the game heads towards its full release. I can’t say that I’ve seen anti-cheat measures quite like this, especially for a game with no PvP. At the end of the day, it looks like People Can Fly would rather players enjoy the experience the way it’s meant to be played because if you’re giving yourself 70 pieces of legendary gear from the start, why play it? At the same time, I can see the argument for hacks not technically hurting anyone since, again, Outriders has no competitive modes.

Outriders is coming to PlayStation 5, Xbox Series X, PlayStation 4, Xbox One, and PC. It'll launch day one on Xbox Game Pass as well.

Where do you stand on hacking in Outriders? Let us know in the comments.

[Source: People Can Fly via Gamasutra]