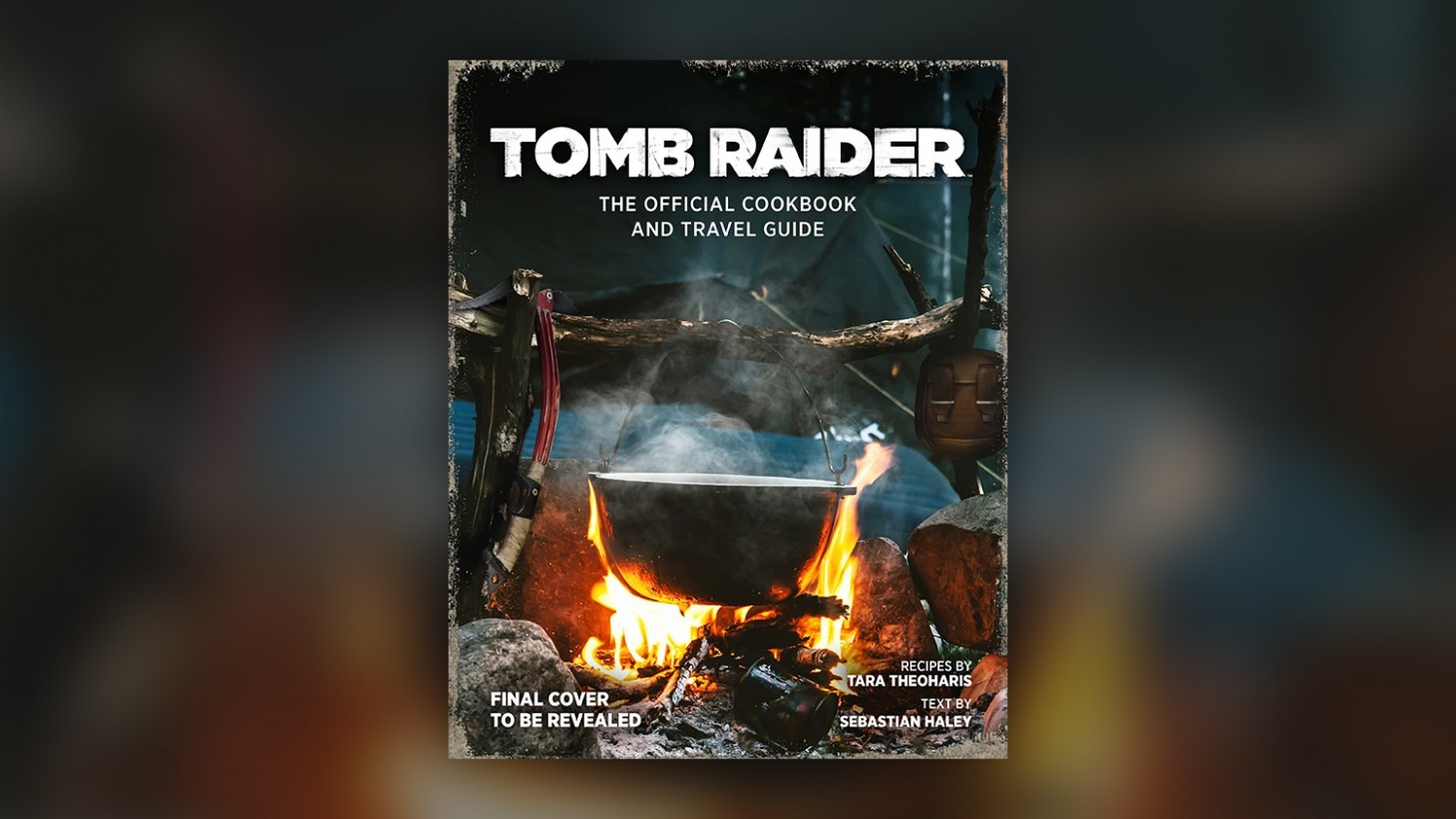 You may be reeling from the numerous reveals that dropped at today's Square Enix Presents showcase, but among the games and the announcements there was a cookbook. That's right, a Tomb Raider cookbook. What does Lara eat when she's not saving the world? That's a question we're certainly looking forward to answering with our stomachs when the cookbook hits.

One more important note before we move on – the cover featured in the screenshot is clearly labeled as not final, so we're likely going to have a little more to look at besides a camp cauldron. I mean, these foods are probably going to incorporate some rough edges to show off the hardcore tomb raiding lifestyle, but they're not likely to be camp roughage assembled from sinewy deer parts and tree bark. We hope, anyway.

While we don't have details about the almost-certainly-delicious contents inside, we can track the rich history of gaming cookbooks for some potential hints...

While games lend themselves to all kinds of media outside of their core entities such as movies, collectibles, and novels, cookbooks are one of the side dishes that seem to be getting more and more attention as the years go on (and brands get leveraged for more and more spin-off merchandise!).

For instance, did you know Destiny has an official cookbook? You can whip up everything from cocktails to desserts in there. Overwatch has a pretty awesome cookbook, even though some of the recipes are a stretch from the source content. I mean, anytime you try to make a cookbook from parent material that isn't about food, you have some inherent challenges to tackle. That hasn't stopped other huge IPs like The Elder Scrolls, World of Warcraft, or Fallout from having their brands attached to the culinary craft.