Bringing a game to a new platform with a different control scheme comes with a host of challenges. That’s especially true if a central feature of the original design is the moment-to-moment feel of weapons, movement, and abilities. Working in partnership, Bungie and Vicarious Visions have tackled the delicate balancing act of making Destiny 2 shine on PC. The resulting release is a superb way to play one of this year’s most popular games. Is it the definitive Destiny 2 experience? That’s a more complicated question.

This is many PC players’ first exposure to the Destiny universe, and to some degree, you can’t avoid the sensation that you’re hopping into a theater presentation after the curtain has closed on the first act. To offset confusion, Destiny 2 does an excellent job onboarding newcomers to its story and systems. You are a deathless Guardian, tasked with defending humanity in the wake of a devastating alien attack. By tapping into the magic of fantasy and the tech trappings of science fiction, the setting adopts the best tropes of each and merges into something fresh. As players in that world, you play solo or join friends in a host of cooperative or competitive challenges like in an MMO, growing in power as you progress the story like in an RPG, and mastering gunplay and a variety of weapons like in a finely tuned first-person shooter. The melding of loot acquisition, taut action, and social experiences is immediately alluring.

Destiny 2 can be played with either a keyboard/mouse setup or a gamepad. After many hours spent with both, I’m happy to report that either option is a ton of fun. On a controller, players can expect the same stellar control and gun variety that has always made Bungie’s first-person games sing; individual weapons feel distinct from one another, and great fun can be found in learning the way each handles on the thumbsticks. If you want gameplay to feel just like it is on console, this is the style of play for you.

The majority of players on PC will probably embrace the more familiar mouse/keyboard setup, and the feel of gameplay has been dramatically overhauled to excel with this option. The speed and precision of mouse aiming allows for rapid 180-degree turns, or quick flick aim adjustments to new targets. Fully customizable key-mapping supports any setup you prefer, though I’ll admit to some difficulty in finding any single setup that is completely comfortable in an action game that has this many core input commands.

The exactitude available on keyboard and mouse is balanced by a minor diminishment of the uniqueness of each weapon in handling, recoil, and drift (with automatics). That’s ultimately a good thing, as some of those elements would feel terrible in this scheme. But when using mouse and keyboard, I missed some of the minute control adjustments and mastery of the sticks that characterizes and defines Bungie’s approach to guns. I also found that I used iron sights far less, aiming from the hip on a regular basis. That’s neither good or bad, but it certainly feels different.

In the visual sphere, there is no contest. Destiny 2 looks amazing on even a mid-range gaming rig, and if you can boost the settings up on a high-end machine, the game looks astounding. Heat waves shimmer as they rise through a grate from a fiery reactor. Grenade effects splash across the screen in brilliant color displays of particle brilliance. The fabric of a cloak ripples with texture detail and light shading that brings out its wear and tear. Uncapped frame rates mean everything moves with an almost eerie smoothness. Ships and enemies that I’ve stared at for hundreds of hours on console reveal new details at higher resolution. And the breathtaking alien landscapes take on new life, as distant vistas shimmer like a masterfully crafted painting.

Beyond control, customization, and visual fidelity, PC players should expect an experience very similar to console. Destiny 2 has a straightforward narrative with clear beats, fun character development of a few leads, and climactic final missions, but the broader storytelling lacks some of the magic and mysticism promised by the first game and its expansions. I appreciate the way that dialogue adjusts to an account that didn’t play the first game; several voice lines are changed to be more explanatory, and presume less about the adventures you might or might not have confronted previously.

Post-campaign, numerous activities open up, including cooperative strikes, additional narrative-fueled adventures, and exotic weapon quests, but some of these activities aren’t incentivized as well as they should be. I’m also disappointed that story missions are largely locked after completion, except for a few developer-selected options each week. Planetary destinations are thoughtfully structured and interesting to explore, with plenty of interesting nooks and crannies, and several public events and hidden caches to uncover. The just-launched Leviathan raid and the competitive Trials of the Nine game mode are the first steps to lining up with the existing content, rapidly accelerating the PC version toward total parity of release schedules with the console versions and its events, and that trend should continue into the foreseeable future.

The competitive Crucible is the space that things feel the most different from console. Here, players with aim-assisted controllers are fighting side-by-side and against players flitting about with mouse and keyboard. I played with both control schemes, and found I could hit a roughly similar efficiency rating using each. With that said, the meta that emerges may be quite different on PC – precision weapons like hand cannons and scout rifles already seem to be finding more success than they have thus-far on console. Like in the console version, I’m a bit mystified by the limited playlist PvP playlist options, which filter everyone into one of two broad matchmaking pools – quickplay and competitive – each with a few different modes, but with little say about which of those modes you might prefer at any one time.

Destiny 2 offers several dozen hours of exciting exploration, collecting, leveling, and storytelling. It’s a thrilling ride, and for many players, it will be the sum-total of their experience, at least until the expansions begin rolling out. For other more dedicated players, the picture is much more nuanced, with an incentivization and endgame experience that struggles to maintain momentum after many hours. Likewise, a sometimes frustrating and disorganized approach to vault and inventory management needs work, especially compared to other games in the PC space that have solved similar problems years ago. Time with the PC game also reinforced my dislike of the extensive rewards locked away in the Eververse, an in-game store primarily fueled by microtransactions. Even if many of the rewards there are cosmetic, they would do far more for the game’s longevity if integrated more fully into the endgame loop.

With the availability of multiple control schemes, top-notch visuals, and more extensive customization of your play and control experience, the PC version of Destiny 2 is an excellent way to play the game, especially if you have yet to try Destiny 2. I’d personally stop short of recommending players jump ship from an existing console account, but if you do, you certainly won’t be disappointed in how it looks or plays. From a content perspective, Sony still has a minor edge thanks to a PS4 version with several exclusive content pieces, including an exotic weapon, strike, PvP map, and armor sets. The deciding factor for where to play continues to be wherever most of your friends are; Destiny 2 is undoubtedly enjoyed best with companions (and a clan) to share it with. While it does have the potential to further fragment the community, Destiny’s entry into the PC sphere has a much more important and beneficial effect – spreading the fun and thrill of this game universe to a new segment of players, and adding fuel to the desire many harbor for this franchise to continue to gain steam.

For more on Destiny 2, check out my original review of the console version. For more on how Destiny 2 develops after several hundreds of hours of play, you can read our extensive evaluation of the endgame and Destiny 2’s events in our Season One report card. 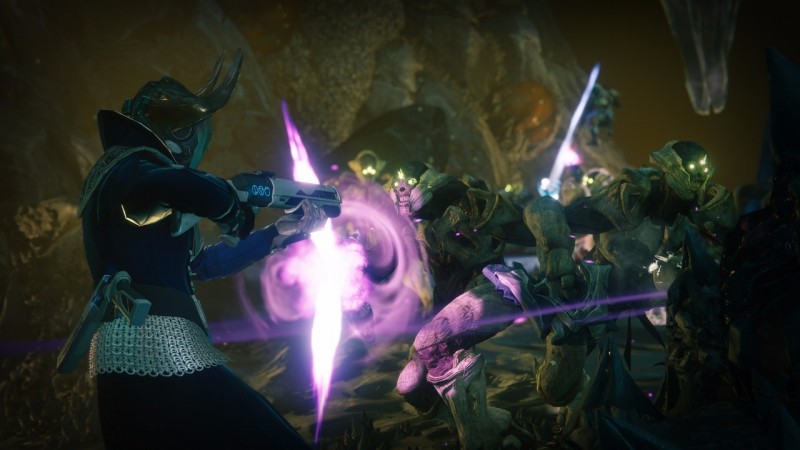 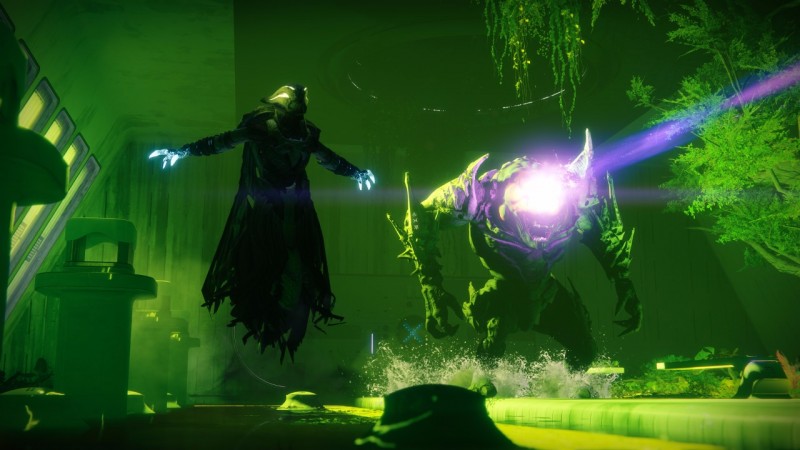 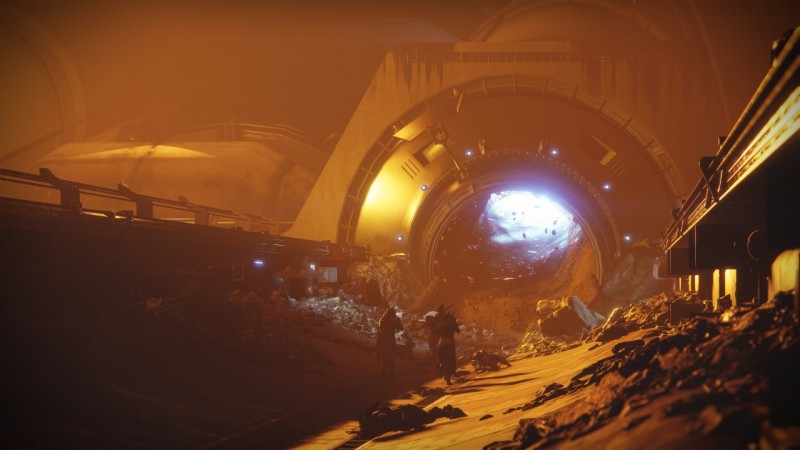 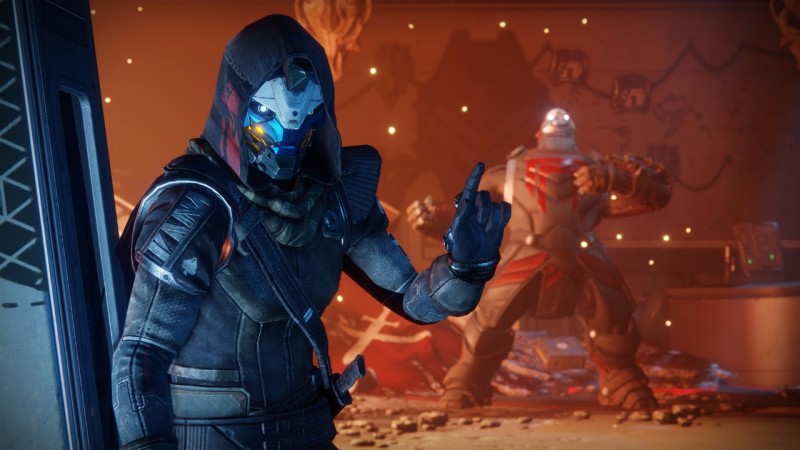 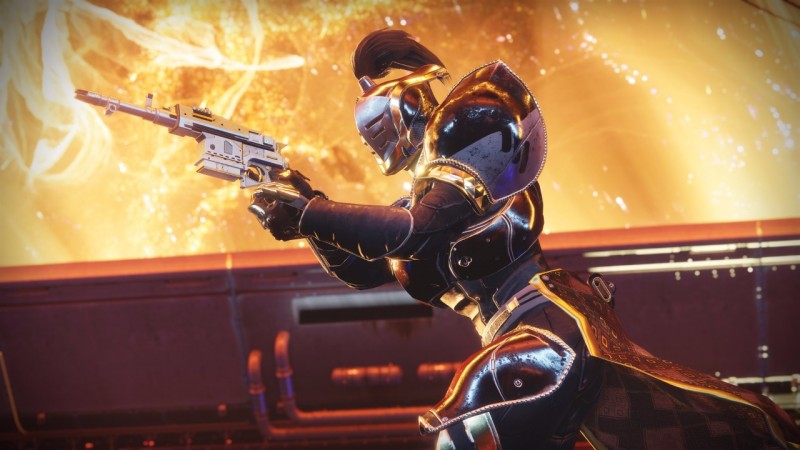 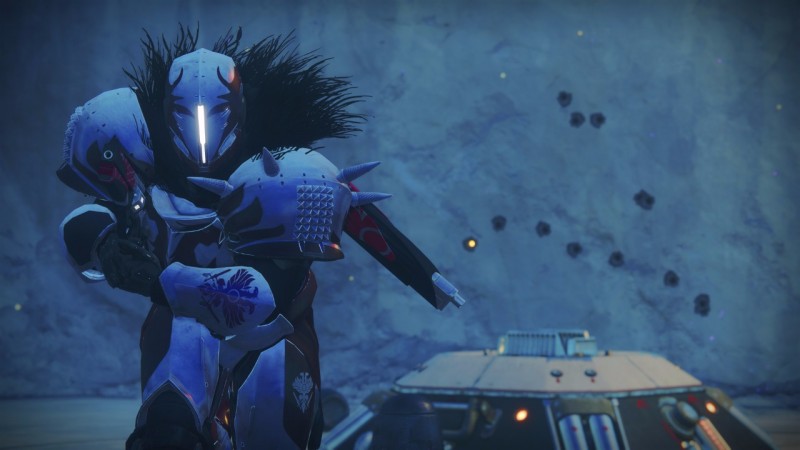 9
About Game Informer's review system
Concept
Confront an alien threat with your friends at your side through a fast-paced adventure chock full of storytelling, cooperative, and competitive gameplay
Graphics
This is the definitive way to experience Destiny 2’s visuals. Uncapped frame rate, incredible resolution detail, and extensive customization options help the PC graphics stand a step above
Sound
A phenomenal score and top-tier voice work lend Destiny 2 cinematic overtones
Playability
Meticulous reworking helps the game feel strong on mouse and keyboard, even if some of Bungie’s skill at designing thumbstick play might be lost in the shuffle. Meanwhile, controller play is in perfect parity with console versions
Entertainment
Destiny’s first appearance on PC successfully redesigns gameplay for a very different platform, broadening the appeal to a new branch of players
Replay
High