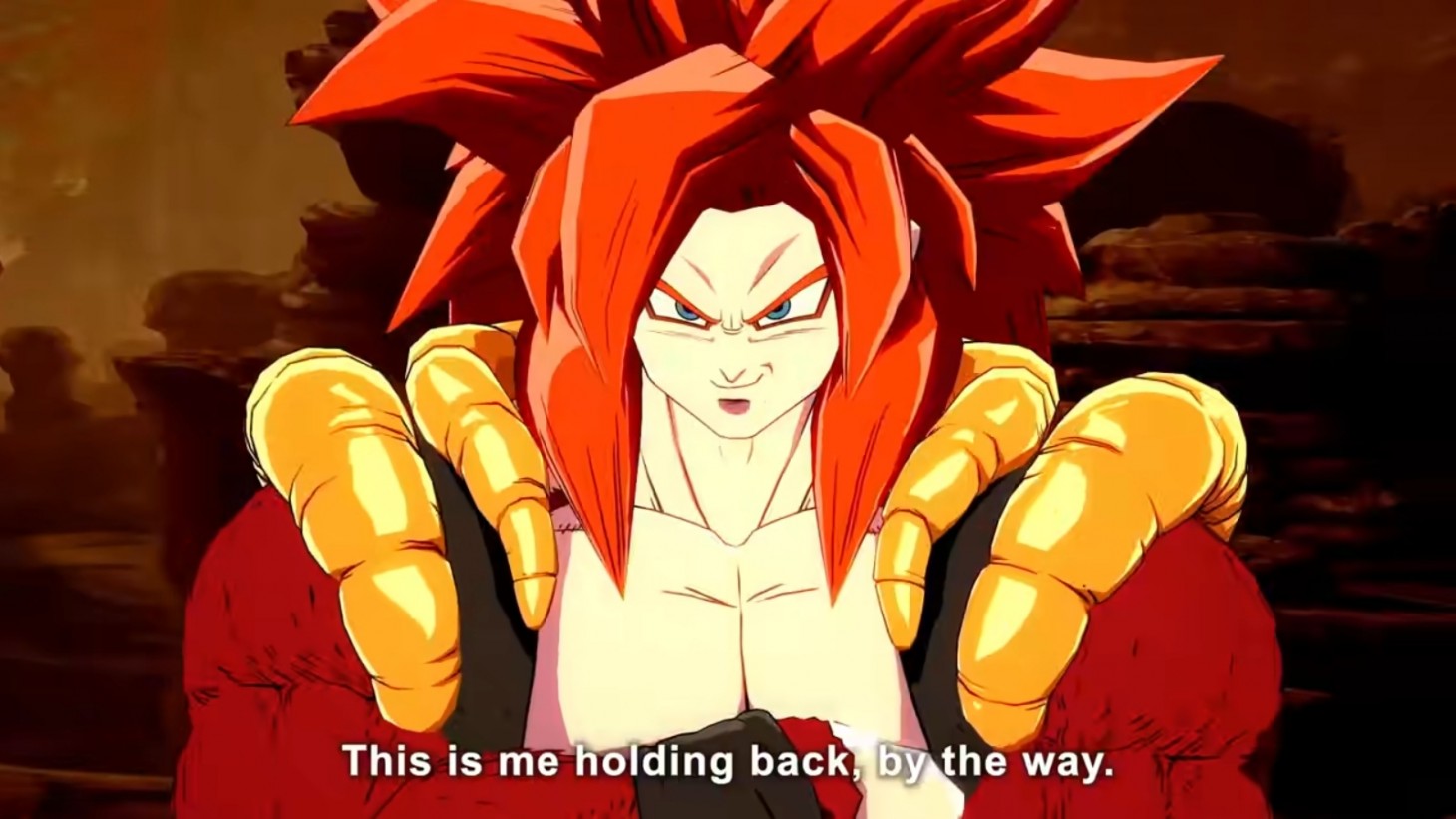 Dragon Ball FighterZ gets a heaping helping of Super Saiyan 4 Gogeta on later this week. The fused warrior rounds out the game’s latest FighterZ Pass and injects another dose of Dragon Ball GT into the celebrated fighter, which was shared with a brand new trailer.

Some of you may be asking “Isn’t Gogeta already in Dragon Ball FighterZ?”. And you’re correct! That’s Super Saiyan Blue Gogeta, however, who appears in Dragon Ball Super. This upcoming Gogeta arrives on March 12, hails from Dragon Ball GT, and is the fusion between the Super Saiyan 4 versions of Goku and Vegeta. His obscene power level is matched only by his, shall we say, confidence. Okay, he’s annoyingly arrogant, but that’s fusion warriors for you. In a cool bit, his gameplay trailer pits him against SSB Gogeta for perhaps the most Saiyan-y clash of titans imaginable. Check it out below:

SS4 Gogeta marks the 5th character in FighterZ Pass 3 following Kefla, Ultra Instinct Goku, Master Roshi, and Super Baby 2. Dragon Ball GT may not get a ton of love, but with FighterZ serving as a celebration of all things Goku and Dragon Ball, it’s nice to see that fanservice extend to the red-headed stepchild of the franchise. That said, Arc System Works just needs to add Omega Shenron to the game and we can go back to pretending that GT never happened. Though I suppose it technically never did given it’s non-canon.

How do you feel about Super Saiyan 4 Gogeta joining Dragon Ball FighterZ on March 12 (hey, that's this Friday!)? What other characters would you like to see join the roster? Finally, where does this Gogeta rank in the game tier list of Gokus? Let us know in the comments. In related news, Bandai Namco recently announced that Dragon Ball Z: Kakarot has a new story expansion coming based on The History of Trunks story, which you can read about here.