Dragon Ball FighterZ accomplishes a difficult task: Taking two insular genres (fighting games and licensed products) and broadening the appeal of both. With its gorgeous characters and explosive combat, it wonderfully captures what has made Dragon Ball such an enduring power fantasy. With a steady learning curve and simple-but-varied combat, it is immediately rewarding as a fighting game, but also has the potential to turn average players on to the fun of learning, adapting, and improving through competition.

A casual glance at the team-based, 2D fighting of Dragon Ball FighterZ could be confused with an episode of the Dragon Ball anime. Goku, Frieza, and the rest of Dragon Ball’s absurdly powerful cast bear a stunning resemblance to their animated counterparts, and several moves and supers artfully recreate stills from the manga or anime. Every frame of animation during fights looks immaculate, and exchanges regularly have an over-the-top bombast to them that made me feel cool just for being a part of them. Throws are a flurry of punches and kicks that sends opponents flying at top speed, and fatal super moves cut to a shot from space of a planet-shattering explosion. For all the action’s faithfulness to its source material, the biggest accomplishment is how the fighting underpinning it all slowly reveals its layers, offering new players a great onramp to fighting games without bogging them down in tutorials. Rather than be quarantined to a “simple” mode that eschews creativity in favor of flashiness or automatic combos that are useless in a real fight, one-button strings are an integral part of combat. Characters like Beerus or Piccolo have automatic attacks that are useful in disorienting opponents and can lead to longer combos. Even my early matches, in which both my opponent and I fumbled combos and spammed the same moves repeatedly, were fun. That’s because combos are easy, satisfying, and don’t kill characters immediately.

You also have a number of easy-to-use maneuvers at your disposal, and a great mix of dashes and double-jumps make movement feel incredibly freeform. Once you have the hang of them, the variety of flashy ways you have to close the distance and start a combo helps you diversify your strategy. Is your opponent firing lots fireballs and playing defensively? A super dash breezes past the fireballs, and a vanish may catch them off guard. Is your opponent abusing super dashes? A well-timed Kamehameha or heavy attack forces them to think twice. Because of all these options, I rarely felt helpless during a loss (unlike many combo-heavy fighters). This lessened the sting of losing, and drove me to think more creatively. What specific tools does my team bring to the table? How can I escape bad situations while devising a few traps of my own?

These same tricks work when you head to training mode to maximize the damage of landing a combo on an opponent. Longer combos take some practice, but emphasize putting all the tools at your disposal over strict timing. The more intricate combos aren’t easy to master (most players will still likely have to consult guides online to see some of the more obscure tricks and combos), but most of the tools you can use to deal more damage are right in front of you, making it easier to think up new tricks. You can even cook up a few ways to try to summon Shenron, which is difficult to pull off in a real match but offers some powerful benefits, like completely healing or bringing a character back from the dead. The roster also strikes a good balance of varied and simple. You can use the same basic joystick motions, combos, and tactics with the entire cast, so switching characters doesn’t feel like learning an entirely new game. But as I tinkered with various characters, I found exciting new tricks I could use can use to deal more damage using double-jumps, fireballs, and swapping in a teammate. Kid Buu, for example, has great long-range options with his stretchy limbs, Android 16 can amp up combos and break defenses using his crushing piledrivers, and Hit can stop aggressors in their tracks with counter moves. You don’t need to switch stances or keep track of secondary characters (staples of developer Arc System Works’ other titles), but these differences make for enough intricate setups and team-specific combos that those who love to tinker in training mode for hours have lots of reasons to do so, though it isn’t a requirement to enjoy fighting.

If the complicated terms and rhythms of fighting don’t appeal to you, you can head directly to the story mode. This single-player campaign clocks in at a meaty 15-18 hours, and offers a great starting point for Dragon Ball fans. Between cutscenes you make your way through simple board game-like maps where you navigate your party through spaces, leveling up party members and swapping them out after each fight on the way to each boss. Which fights you choose and in what order are mostly irrelevant, since they don’t present much of a challenge until the last couple of hours. This mostly makes them useful as a way to learn or practice combos. A few elements also attempt to complicate the fighting in story mode, but are underutilized. You can equip various stat bonuses that drop randomly after fights, but I never bothered to use them until the end, since most fights are a cakewalk and opted for experience boosters, since leveling up characters unlocks more conversations with them. This is more of a missed opportunity than a real impediment since I still enjoyed mowing down teams of bad guys without paying much attention to my party or navigating each board.

The real draw of the story mode is listening to voice actors ham it up as classic Dragon Ball characters (even if some reads tend to miss their mark), as well as some of the more lighthearted conversations that draw on and poke some fun at the series’ extensive lore. What does Gotenks think of the Great Saiyaman? Why would the Ginyu Force blindly follow all of Frieza’s orders? These clever scenes are good for a laugh and occasional insight, and were my main motivation for completing the story mode. The overall plot of this story mode isn’t terribly captivating (it spends far too much time justifying why Goku and crew are all evenly matched with clones of each other), but I was eager to see what conversations my next unlikely team setup would cause.

While the story mode is more about fun than challenge, the arcade mode skews in the opposite direction, testing you with opponents who react more quickly and deal ridiculous damage with even basic combos. This can be a little frustrating since two characters are locked behind beating the harder difficulties with high marks, but players can also earn zenny (the in-game currency) elsewhere to unlock them if they don’t want to fight these lopsided matches.

Between matches you can roam around an online lobby, which acts as a central hub for players to communicate, set up private fights, watch replays, and take on the world in ranked and casual matches. Private matches and party matches (six-player brawls where one person controls each character) are confined to local lobbies, which makes them difficult to set up.

You earn zenny as you play more matches and work through the various modes, which you use to purchase capsules that randomly drop new avatars and stamps. These unlocks are a fun way for Dragon Ball FighterZ to explore the more obscure parts of Dragon Ball’s fiction, letting players walk around as Mr. Satan or a casually-dressed Piccolo. This system exclusively uses in-game currency (no microtransactions), so it feels fun rather than exploitative. The lobbies work smoothly, and if you don’t want the hassle of moving around this area, you can bring up a menu and hop right into a match.

Dragon Ball FighterZ seamlessly blends accessibility and complexity, making for a feverishly-paced fighter that makes the learning process gradual and engaging, and gives casual players hours of worthwhile things to do solo and potentially turning fighting game fans on to the world of Dragon Ball. Even after dozens of hours in single-player, training mode, and online, I’m excited to keep digging into its combat and see just how many more gorgeous flashes and explosions I can cause. If I happen to blow up a few more planets along the way, all the better. 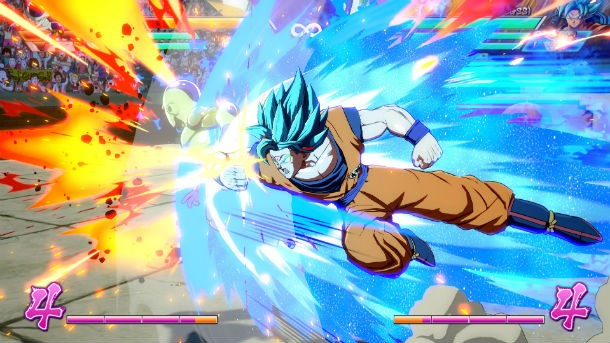 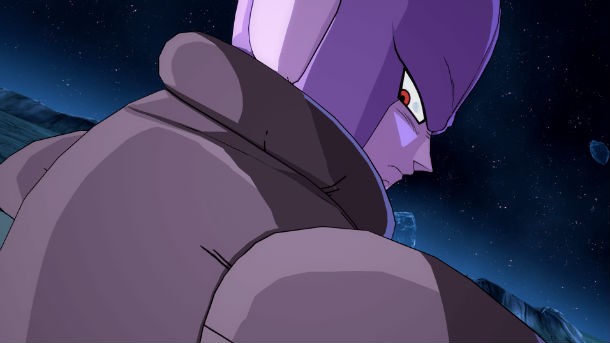 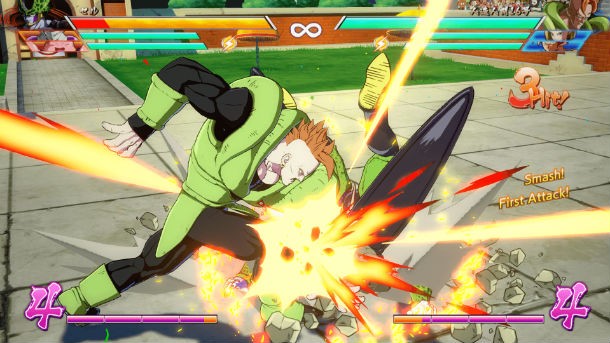 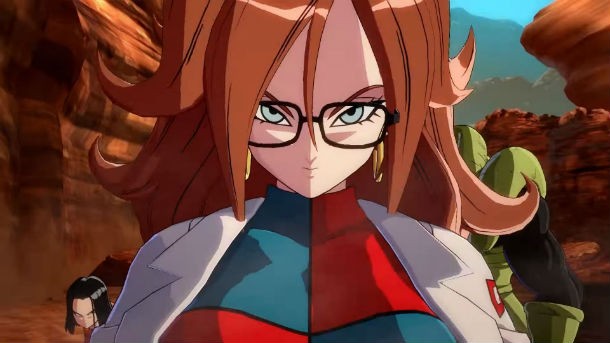 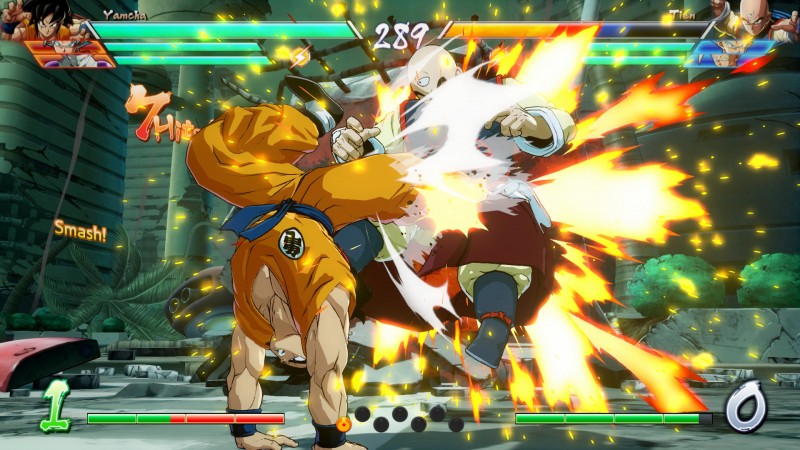 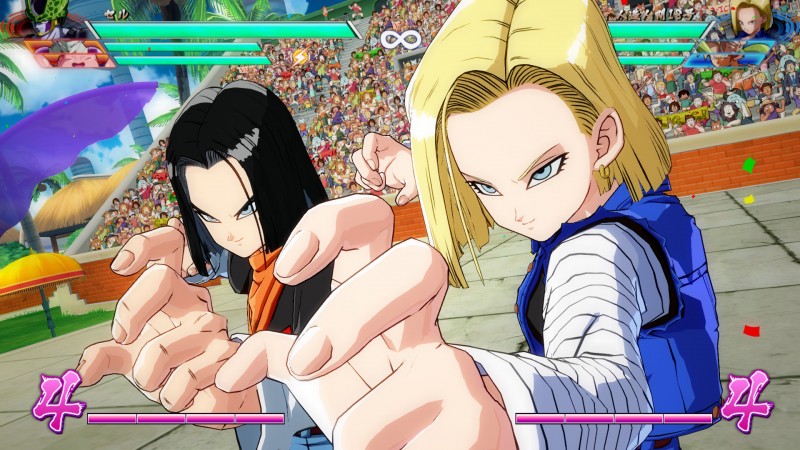 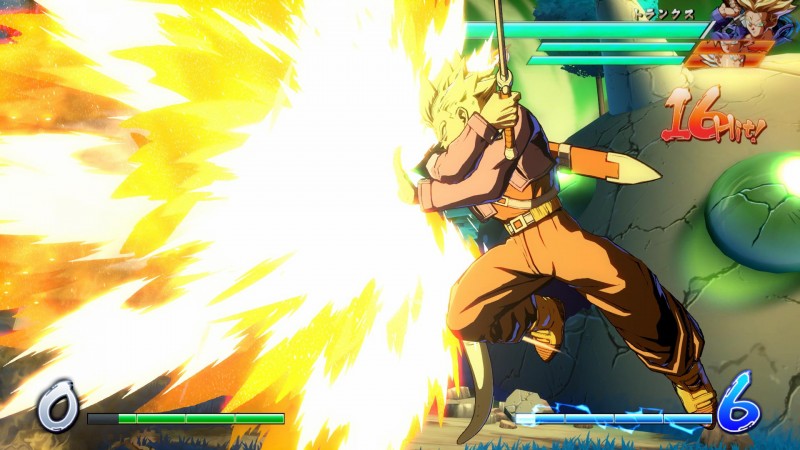 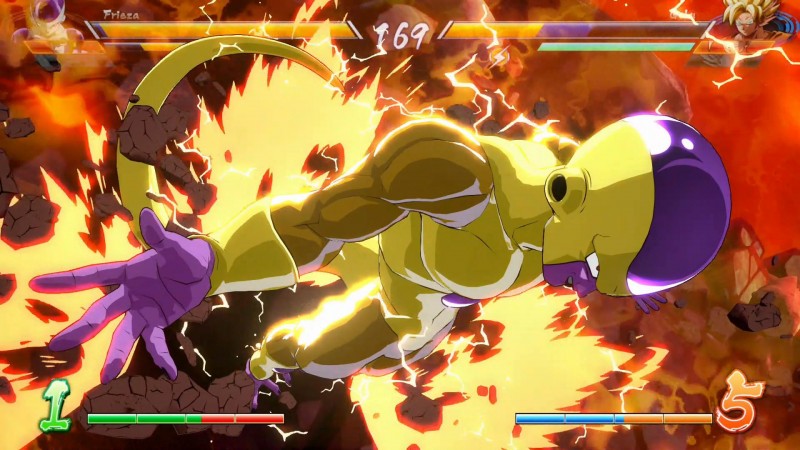 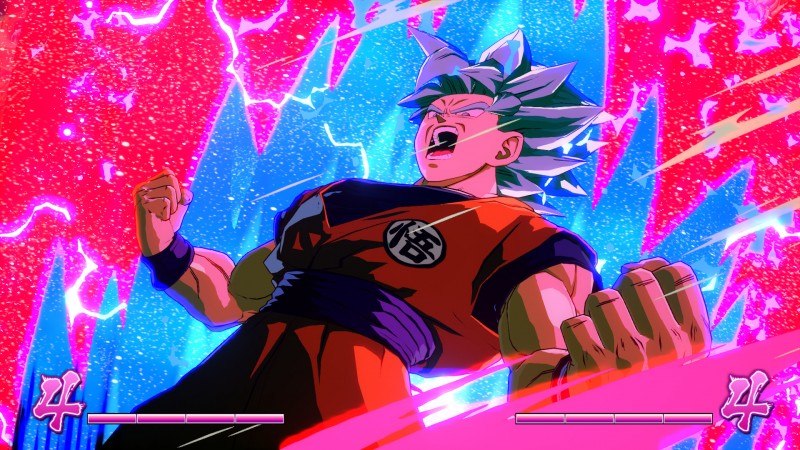 Purchase More Info
9.25
i
Game Informer's Review System
Concept Make a Dragon Ball fighting game worth investing in while letting casual fans in on the fun
Graphics The characters and vibrant ki blasts are almost indistinguishable from their anime counterparts. The backgrounds don’t fare as well, however
Sound Many of the sound effects are directly lifted from the series’ library, or are great recreations. The voice acting is occasionally spotty, but mostly improves the wacky script
Playability The combos and battles are an explosive delight no matter your skill level, but a high ceiling rewards practice, creativity, and quick thinking
Entertainment Dragon Ball fans have plenty to enjoy in single-player, while fighting enthusiasts get a fast, dense game full of options
Replay High