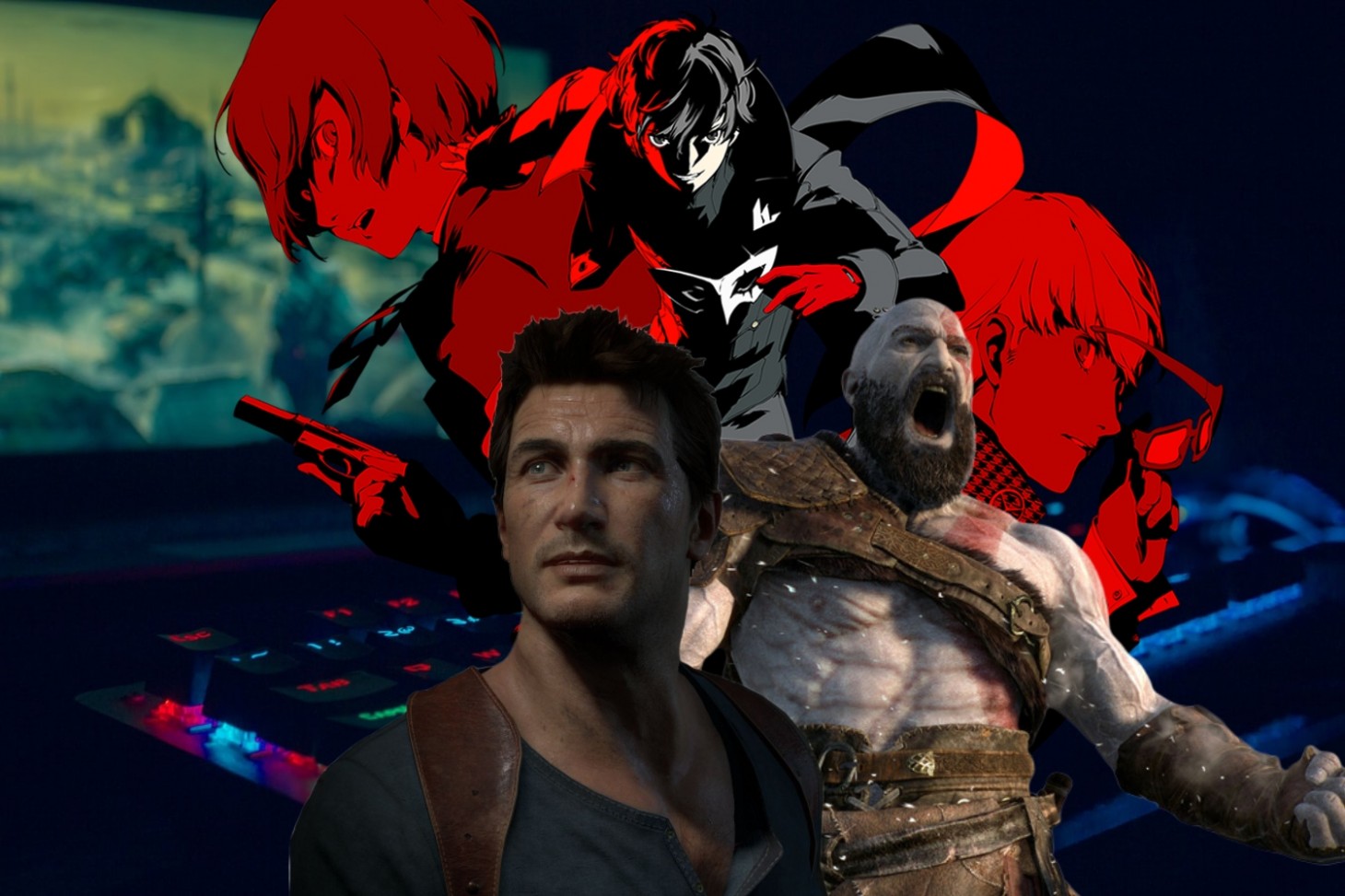 With the recent confirmation from Sony Interactive Entertainment head Jim Ryan stating that more PlayStation games will be making the jump to PC, starting with Days Gone this Spring, it got us thinking: what other PlayStation adventures would we want to see make the leap onto the mod-friendly platform? While we could easily just say Bloodborne across the board (which we are very tempted to, mind you), here is an actual list of 10 PlayStation games we'd like to see on PC.

While there is always the PlayStation Now service, it's not quite the same as an actual PC port. Modding Horizon Zero Dawn and Death Stranding when both games made their way to PC was so much fun, and to have that freedom with more titles in addition to an excuse for another playthrough would be amazing.

Let's get started with our first pick: Bloodborne.

You can't have any PlayStation to PC list without Bloodborne, let's be real. Dark Souls making its way over into the land of keyboard and RGBfied mice was a huge hit, and masochistic gamers like me are always down for some pain and murder. That's why Bloodborne would be the perfect fit! There's already a cozy spot right next to the Dark Souls games there and I will never, ever pass up the opportunity to have the Hunter go up against Thomas the Tank Engine with mod support.

This action roleplaying game has a massive fan following, and for good reason. It blends creepiness with satisfying combat, and the challenges overcome throughout the story can feel so incredibly satisfying as a player. Seeing this game make the jump to PC would be amazing not only just to have it more available on a different platform, but it would also be an awesome way to make it a little more accessible for those players who might prefer to have a more customized setup. Like how the Xbox adaptive controller helps players get into the games they love the most, gaming on PC has a wider market of peripherals that could help all kinds of gamers jump into the mix.

But mostly I just really want Thomas the Tank Engine to crush my soul.

With God of War: Ragnarok on the horizon, this year would be the perfect time to bring in the PlayStation 4 iteration of Kratos' story. Seeing such a fearsome god in the role of a father with Atreus was a treat, and the title handled absolutely beautifully on PS4. That being said, the exploration and combat mechanics would mesh well with PC controls and the ability to play this adventure on the highest possible setting? Yes, please!

While obviously two totally different games, what made me truly want this to be the next PC port was the ability to play Horizon Zero Dawn with a mouse and keyboard. Though they have two unique styles of mechanics, many of the environmental areas felt similar. Horizon had a plethora of tech issues when it first launched on PC, but the team eventually got the game where it needed to be and it was truly a stunning experience to take on. Give me that but with God of War and I think I might just be the happiest gamer on the planet, and I'm sure I'm far from alone on that.

Picture this: Pedro Pascal. With the Mandalorian actor slated to play Joel in the upcoming TV series based off of the first game in the Last of Us franchise, imagine being able to mod the actor's face into the game itself to make that casting choice a little easier to envision. While I personally love Pascal for the role, I've seen a lot of people say that they are having a hard time seeing him as Joel. While I don't personally understand that, I know how quickly modders work. If Naughty Dog announced a PC port tomorrow (not through PlayStation Now), I can promise you that someone somewhere would have a Pascal mod ready to roll out by the end of the week.

The Last of Us was a monumental title for PlayStaiton. While the second game was met with more of a mixed reception, both storylines were intricate beyond compare. To see the first game make its way onto PC platforms would give so many a chance to experience this harrowing world of survival for themselves, especially for households that are limited to only one platform of choice.

A throwback of epic proportions

Valkyrie Profile is an incredible role-playing series from Square Enix and tri-Ace that brings Norse mythology to life in a beautiful way. Since the franchise's birth, it has been on many different PlayStation systems (including PlayStation Portable) in addition to the Nintendo DS and mobile platforms.

This JRPG staple is aesthetically inventive, mechanically distinguished, and narratively rich in a way that PC gamers can appreciate. Even better? By opening up the player base even more, this could just be the nudge Square Enix needs to put some resources behind a revitalized future for the series. Plus, the iOS port for the original game was terrible and a PC version might just be the thing needed to wash that memory clean away.

Do we really need to say why?

Ghost of Tsushima was visually stunning and had a story that made me completely rethink how I saw the samurai genre. With its open-world beauty and incredible multiplayer post-launch add-ons, this game feels like it was built with PC in mind.

I've run through the story of Tsushima twice now on PlayStation and adored everything about it both times. The way it focuses on stealth and how reactive the combat is, the PC format, to me, would feel incredibly natural. This is also one of those games, like Horizon Zero Dawn, where modding would be a real treat. Not even just joke mods, but mods to tinker with the settings, play around with the characters, and also tweak some of the armor in-game to be even more epic than what the vanilla game has to offer.

Taking on a raid with friends in Ghost of Tsushima on PC would honestly be a dream Friday night. The potential to also have a few cool crossovers like how the Death Stranding PC version had would be amazing as well. Replace the foxes with headcrabs? That will be a resounding horrified "yes" from me, dawg.

What dreams are made of

I know I keep talking about mods (that's because I'm obsessed with them and write about them a lot here at Game Informer) but what game is more perfect for that part of the PC conversation than a game that's literally about creating something from nothing?

Dreams is a creationary-based adventure that gives players complete control over crafting a world that pushes the boundaries of what we thought was possible. We've seen people recreate Silent Hill, Resident Evil, Half-Life, and so many other games within this world; to take that onto PC with even more creative freedom would be beyond incredible.

How quickly gamers have forgotten about this gem

Infamous Second Son was the darling of PlayStation 4 at the start of the last generation. This action-adventure game was a treasure from the team at Sucker Punch and it gave players the badass feeling of being able to go anywhere and do anything they'd like. Plus, the protagonist — Delsin Rowe — was a stylish punk that was just a genuine joy to play as. Being able to manipulate various elements such as smoke, concrete, and even neon was inventive in a way that allowed gamers to take to this world the way they wanted to. The combat was also highly stylized and it felt like a modern-day Assassin's Creed regarding the parkour elements.

When I described this game to a friend, I said "Think Assassin's Creed meets The Clash" and I still stand by that statement. Give this adventure to PC players and there will be an entirely new wave of appreciation for the detailed care that went into the world of Infamous Second Son.

There is zero reason why this is not on PC

The Persona games in general are known for expert stylization, crazily weird dialogue, and quirky characters that stick with you long after the end credits roll. With several other Persona adventures available already on PC, it's high-time to bring Persona 5 to the mix, especially with all of the raving reviews that surrounded this title at launch.

The turn-based combat would also make this a super easy port, mechanically speaking, to visualize. Persona 5 is definitely one of those high-impact games that suck you in and don't release you until you've beat it and it's this type of game that thrives on PC. With it being a highly beloved entry into the series, it's time for Sony to consider bringing this particular adventure to a new market.

Uncharted 4: A Thief's End is hands down my favorite in the series. Nathan Drake and Sully together again in a story that was as filled with action as it was with heartwarming moments. There was so much more humanization given to these characters that we've grown to love through the years and the narrative that has continued on is something truly special.

Few games grip you right at the start, but this one certainly did. The immersive world was breathtaking and the storytelling was exceptional. With no more Nathan Drake tales on the horizon, now would be a good time to bring a PC port into the equation so that this legacy can continue on and new players can strap in for the ride of their lives.

Did you really not expect to see this on the list

A Legend of Dragoon remaster (or remake!) has been the talk of the PlayStation community for a long time, but what about a PC port? This role-playing game dominated the tail-end of the 90s, and for good reason. Taking on the role of Dark in an effort to stop the world from being obliterated in a sea of destruction brought unparalleled joy.

The cutscenes, for its time, were impeccable and the story was something that was genuinely amazing despite the mixed reviews when it first launched due to Final Fantasy comparisons. The legacy of Dragoon even continued on with novels and manga, so going beyond the PlayStation scope wouldn't be unheard of.

Plus, texture mods? Can you imagine?

Basically, what I'm saying is this: Sony, you've said you're open to more PC ports (finally), so let's talk because this list is gold and there is no good reason for these not to make the jump. Even more so for the older titles.

Please and thank you.