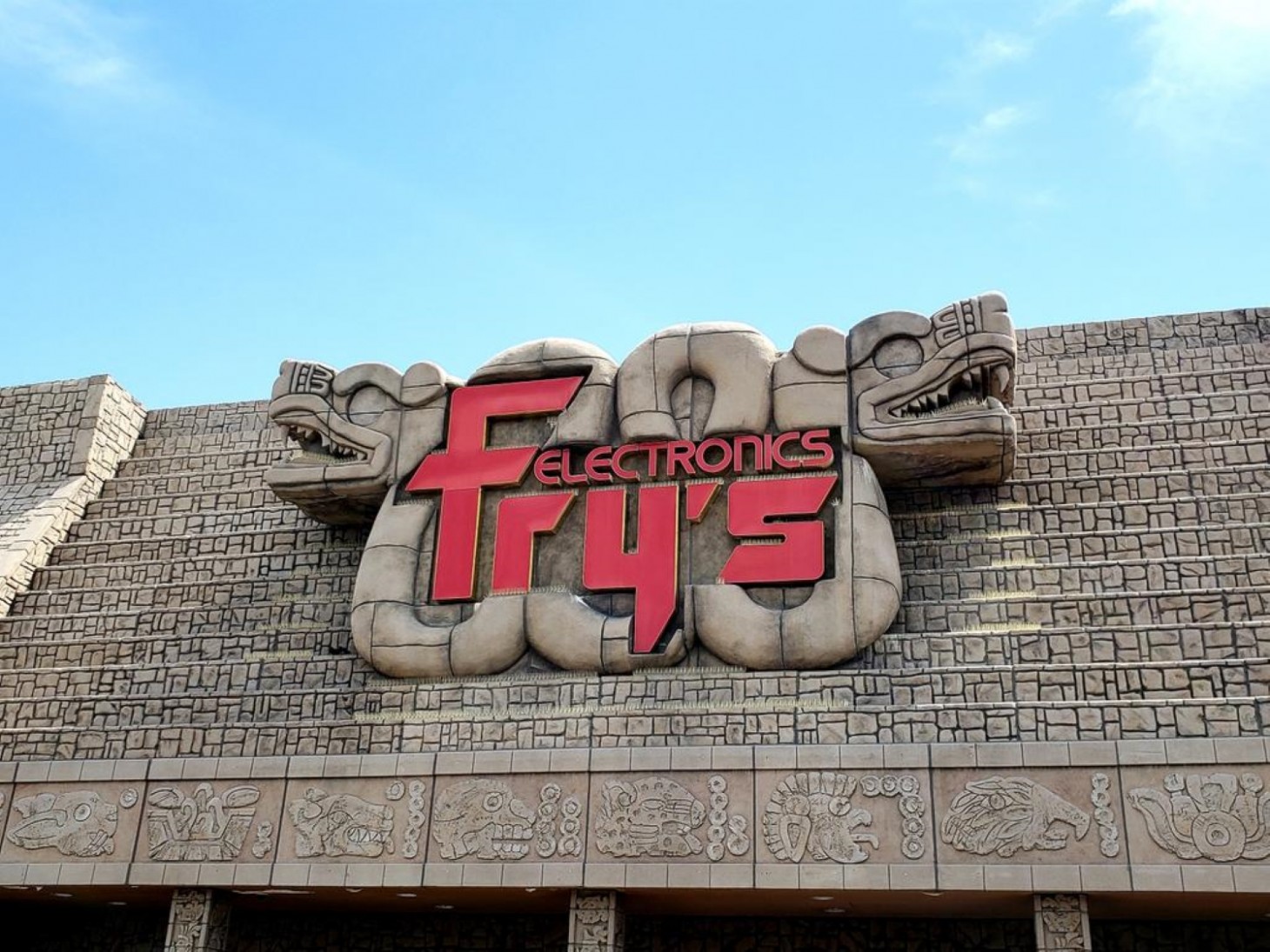 Fry's Electronics is an electronics retailer specific to the United States and a staple in select areas around the country. In an abrupt announcement, the company has announced that it is shutting down for good, closing all locations, after 36 years in the business.

If you go to the website for the store, you'll be met with the announcement instead of the usual wares. The somber update begins, saying "After nearly 26 years in business as one the one-stop-shop and online resource for high-tech professionals across nine states and 31 stores, Fry's Electronics has made the difficult decision to shut down its operations and close its business permanently as a result of changes in the retail industry and the challenges posed by the COVID-19 pandemic."

The shutdown is to begin its gradual process on February 24 in order to safely wind down the business location by location. The gradual closure will allow for the process to be as cost-effective as possible without any additional liabilities and a reduced impact on "customers, vendors, landlords, and associates, and maximize the value of the company's assets for its creditors and other stakeholders."

The company began its roots in California but has spread out to other states since its humble beginnings. When I moved to Chicago, IL a few years ago, I walked into my first Fry's Electronics store ever and, as a PC gamer, I felt like I was in paradise. Electronics, gaming gear, collectibles, and so much more were everywhere in these stores and it was the perfect place to build a custom PC for a more affordable price.

Fry's evolved into a haven for gamers, electronic lovers, and fellow geeks. This was especially true for its Silicon Valley location. From Egyptian-themed settings to cowboys galore, Fry's was a functional outlet that wasn't afraid to have fun in the process.

While the closure is heartbreaking, it's not that unexpected. Fry's was facing this possibility years ago and that pressure to close was made more immense as Amazon, Newegg, and others continued to grow in presence. A few years ago, customers began to notice that the stores that were once alive with anything and everything you could want were suddenly barren; another indicator that the beloved electronics shop was in danger of shutting down.

Fans of the retailer took to social media to share their memories at Fry's, as well as a few images showcasing how much it has changed for the worse in recent years:

Just heard Fry's Electronics is immediately going out of business tonight, here's some of my favorite themed Fry's locations:

Fry's Electronics' closing is the end of an era. An era when you went to an Aztec temple to be yelled at by a man in a vest for not knowing enough about computer parts, picked up a motherboard from a guy who lived in a cage then got air freshener in a cat food can.

Looks at the Fry's Electronics found in San Marcos, CA circa January of this year.

RIP Fry’s Electronics. One of my favorite places in all of Burbank. pic.twitter.com/Z5ifRXpECz

It's a sad day for the electronics space. Have you ever been to a Fry's Electronics store? What are your thoughts on the closure announcement? Sound off with your thoughts and best memories (if you have them) in the comment section below!