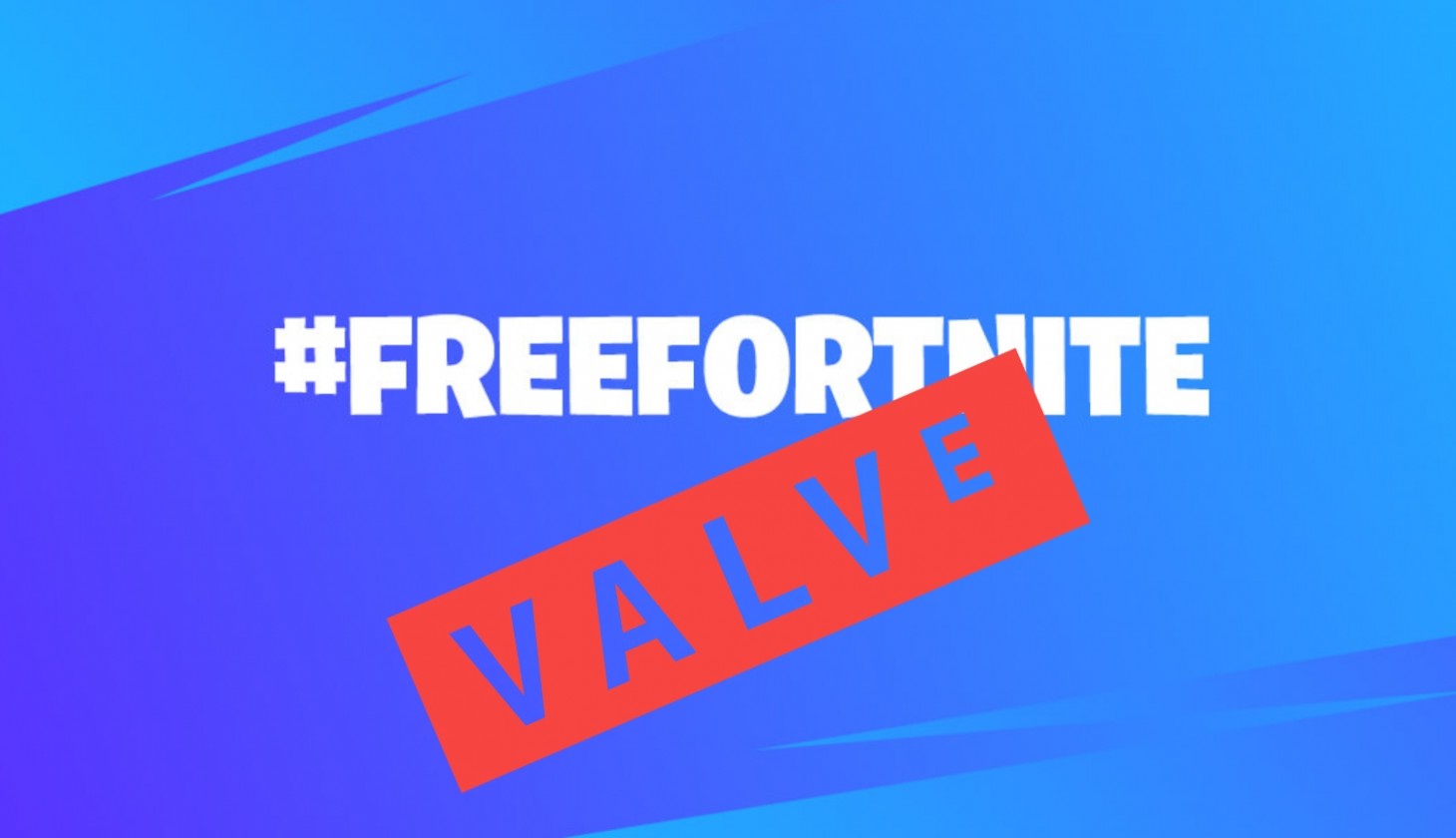 Back in August 2020, Fortnite was pulled from the iOS App Store (and later from Google Play as well) in a feud between Epic Games and Apple over user agreement terms. The entire legal battle became messy quickly and resulted in a #FreeFortnite campaign done in the style of George Orwell's 1984. As the legal fight continues between the two tech giants, Apple has decided to throw Valve into the mix by serving up a subpoena back in November 2020 (as revealed in a new court filing that was publicly released). The PC company didn't take that lightly and fought back with a variety of points against the subpoena, namely that it has absolutely zero to do with Fortnite.

The subpoena in question demands that Valve give Apple a ton of data about Steam sales and a plethora of other marketing machinations tied to the digital storefront. The basis for this pull was, according to Apple, that Valve holds vital information with its sales data that could be used against Epic Games in the proceedings to come. Being the largest storefront in the PC gaming space (though Epic Games has its own that has been growing steadily), Apple aimed to use the data collected to help secure a win in its fight against the video game giant. Valve and Apple both have "engaged in several meet and confers" but the end result has remained the same: Valve isn't budging when it comes to Apple's demand with Request 2 and Request 32.

Apple wants the names of every single product on Steam alongside prices, dates of release, and configurations about everything on and around the storefront. Sales data, user data, and more are all included in the company's legal plea. Valve says that the information desired is "confidential or too burdensome to gather in the manner Apple requested."

In response to the effort to collect Valve's data to gain a clearer picture of Epic Games' impact within the market, Valve is refusing to deliver said data in the form that Apple is requesting. The reason? It has nothing to do with Fortnite, which is the core of these proceedings. Valve's hitback against Apple includes the following counterpoint in a joint statement to Magistrate Judge Hixson:

Valve is a privately held company with approximately 350 employees that develops PC video games. Valve does not make or sell phones, tablets, or video games for mobile devices, or otherwise compete in the mobile market. Valve also operates Steam, an online platform that lets users purchase and play PC games on their laptops and desktops. Steam users cannot buy or use mobile apps on Steam. Over 30,000+ PC games are available on Steam, over 99% of which were made by third parties other than Valve. Most of these games can also be bought elsewhere, including from developers directly, from brick and mortar retail, or on other PC game platforms. Third party developers that offer their games on Steam control all pricing and content. Valve collects the purchase price from Steam users and remits the proceeds to the third party developer net of a revenue share to Valve. Fortnite is not available on Steam, and Epic has publicly and unequivocally stated it will not offer Fortnite on Steam unless Valve changes its business model.
In response to Apple’s 46 documents requests, Valve already produced documents regarding its revenue share, competition with Epic, Steam distribution contracts, and other documents. Apple was not satisfied and demands—without offering to cover Valve’s costs, which would be significant—that Valve (i) recreate six years’ worth of PC game and item sales for hundreds of third party video games, then (ii) produce a massive amount of confidential information about these games and Valve’s revenues.

Valve also insists that despite Apple claiming its requests are "narrow," the ask is anything but. Because of this "burden," Valve is still refusing to supply the data in the requested format from Apple in its case against Epic Games. Valve also maintains a stance that "Apple seeks materials that Valve does not create or keep in the ordinary course of business" and that many of the points being sought after "have little to no value."

Apple, of course, disputes this, saying that the company's asks are fair and it makes sense that Valve should "do all this work and incur this disruption" because Samsung — another public company that competes in the mobile app market — produced similar reports. Public companies maintain the records in the format that Apple is requesting, but Valve is a privately  held company that does not implement external shareholders and therefore is "not subject to public regulator reporting and auditing requirements."

Epic Games' Tim Sweeney made a massive Twitter thread to talk about the latest development, fighting back against Apple's monopoly:

The direct payments we launched in Fortnite are just a more user-friendly version of what both Netflix and Amazon video support. Apple's rules allow media companies to support direct payment, while prohibiting it for Epic and other game developers. That's Apple's idea of "equal"!

Apple even tried to made pawns of all participants in the Unreal Engine ecosystem, seeking to block development of this critical technology on iOS. But for the court's restraining order, Apple's collective punishment would have affected bystanders 3 levels removed from Epic.

Their fear tactics are increasingly targeting consumers and legislators, painting the picture that anything short of an absolute Apple monopoly on distribution and payments will cause viruses and malware to run rampant. That's a lie, as Apple's Mac platform demonstrates.

For a little backstory: The legal clash between Epic Games and Apple has been a long time coming, though it came to an interesting head when the company added an alternative way to purchase in-game items that bypassed the mandatory 30% cut awarded to Apple last year. When Epic implemented this cheaper alternative for players, Apple responded by immediately removing the game from its store, effectively cutting off access to mobile and tablet users.

This move immediately prompted Epic Games to take to the game's Twitter account to share a video presenting the ongoing event as a 1984-esque nightmare, painting itself as the rebellion against unfair revenue practices. While that may seem ironic to have two billion-dollar companies going at it, it's important to remember that Epic has walked its talk numerous times in the past when it comes to revenue and cut processes.

It will be interesting to see the end result of this legal battle. One thing is certain, however: It's not going to be over anytime soon.