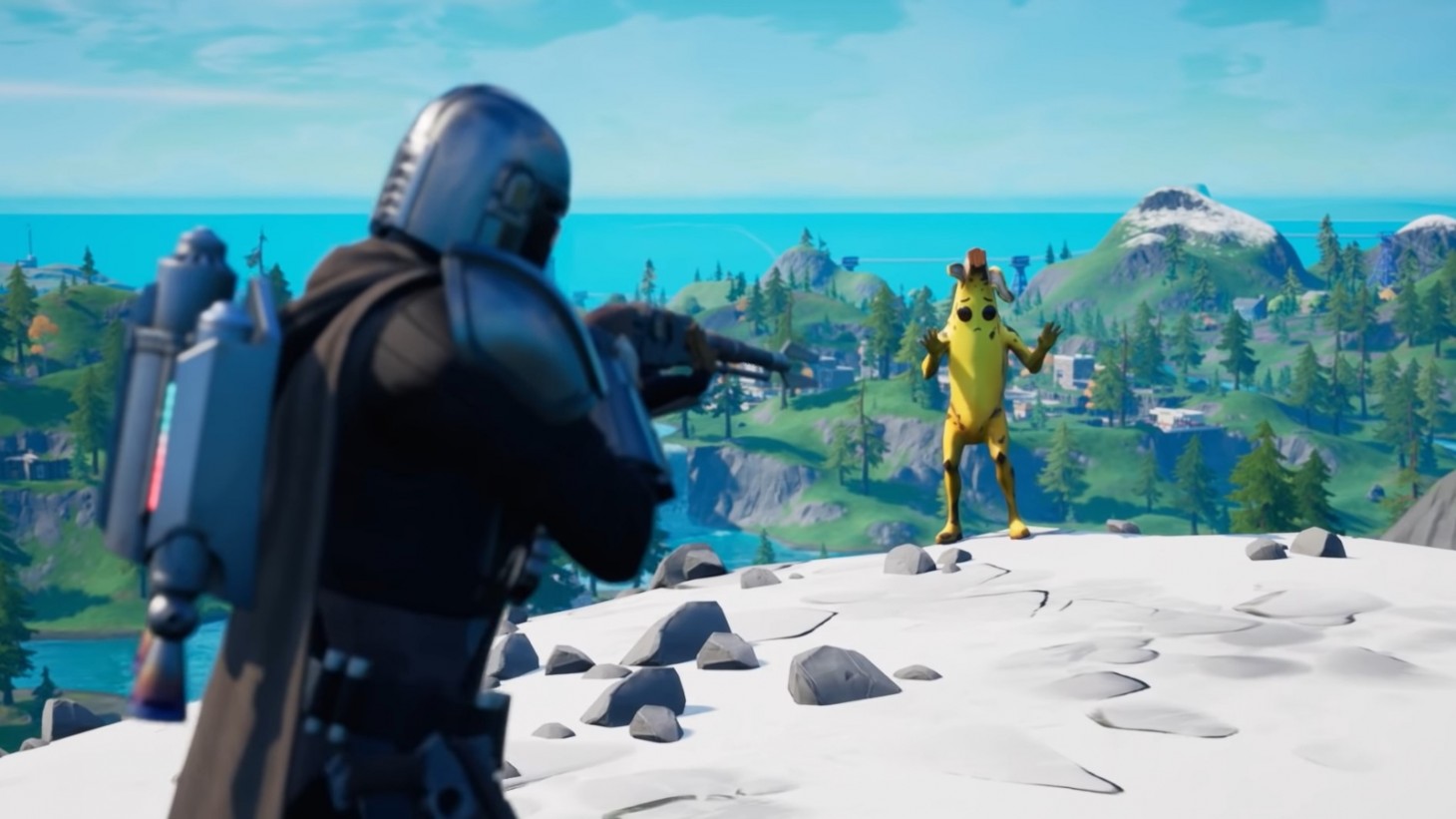 As fun as it is to masquerade as Mando from The Mandalorian in Fortnite, how fun (or terrifying) would it be to be on the opposite end of his rifle barrel? And by that, I mean “actual” Mando and not some pre-teen rocking his skin. That’s the premise for Mando’s Bounty, Fortnite’s exciting new limited-time mode.

The Star-Wars-flavored mode tasks players with earning galactic credits by hunting down designated targets (displayed on bounty pucks) or other players in general. The catch is that whoever takes the lead becomes the bounty of the Mandalorian himself, meaning the top player will have to face-off against one of the galaxy’s greatest hunters. If you can best Mando and achieve a Victory Royale, you'll be rewarded with the Beskar Umbrella, a spiffy cosmetic that can presumably withstand lightsaber beams, laser bolts, and giant monster teeth. Or maybe it just makes you look a bit cooler. Mando’s Bounty also introduces a new location, Kit’s Cantina.

Mando’s Bounty kicks off today and runs until February 9 at 9:00 A.M. Eastern Time. Fortnite Season 5 continues to be a wild ride (and perhaps the best time to play the game) with its hunters theme introducing a (literal) murderer’s row of crossover guests. In addition to the Mandalorian, the game now has G.I. Joe’s Snake Eyes, Terminator’s Sarah Connor/T-800, the Predator, Black Panther/Captain Marvel, Master Chief, Daryl Dixon/Michonne, and even Kratos. Who or what else could possibly appear in Fornite? The sky is the limit at this point.