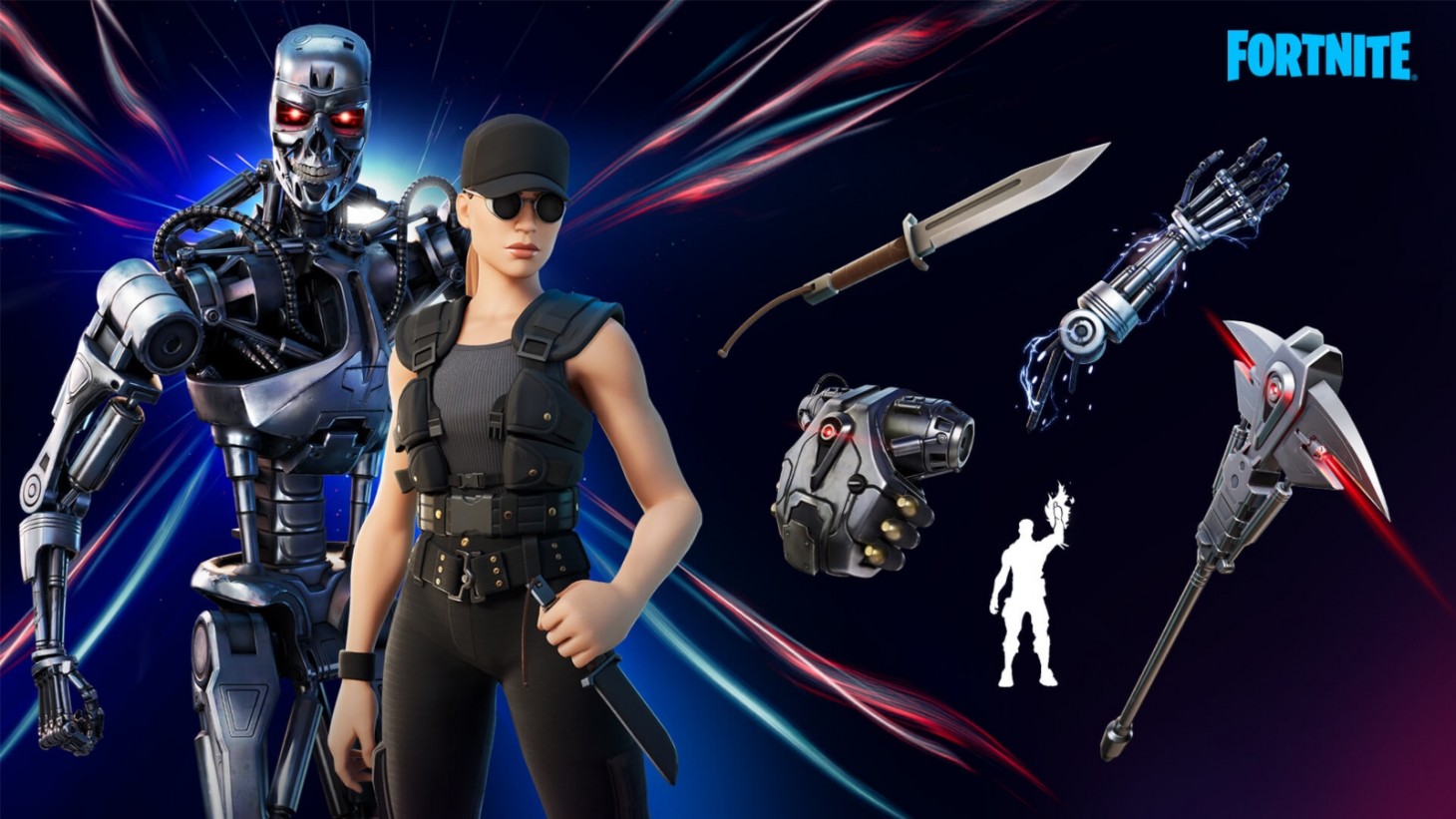 Update: And it's official. Fortnite skins for Sarah Connor and the T-800 are now available to purchase in Fortnite. You find them in the game's shop, with Sarah sporting two costume variants. She runs for 1,800 V-bucks while T-800 will set players back 1,500. However, for the next 23 hours you can nab both skins in the Future War bundle for 2,800 V-bucks. Check out the announcement trailer below.

Original Story: Fortnite Season 5 has been a wild ride thanks to its who’s who of crossover guests. The Mandalorian, Kratos, Master Chief, The Walking Dead’s Daryl Dixon/Michonne, and, most recently, the Predator are all running around with pickaxes and flossing (is that still a thing?) as we speak. Even after Galactus effectively ended the Marvel season, Black Panther and Captain Marvel joined the fray anyway. The fun isn’t stopping there, because now Fortnite is teasing that its next guests hail from a certain machine apocalypse.

The official Fortnite Twitter account released a new in-game transmission. Narrated by Jonesy, these broadcasts usually tease an upcoming character skin, and this time Jonesy discusses meeting a female hero who can relate to dealing with “impending global doom, time travel, paradoxes”. Given that the tweet itself describes " A ruthless machine and a protector of the future", it seems likely that Terminator characters, namely Sarah Connor, are set to drop into Fortnite.

:: Incoming Transmission - Reality Log 991 ::
Targets Description: A ruthless machine and a protector of the future pic.twitter.com/LGXiAadncR

Of course, if audio speculation isn’t enough, a Twitter account following Fortnite leaks tweeted an alleged leaked photo of a PlayStation Store ad flat-out promoting Sarah Connor and the T-800 so there you go. 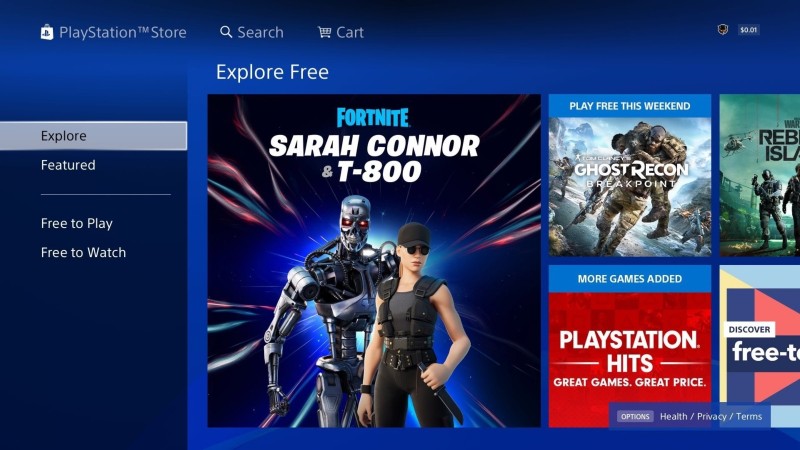 A similar leak occurred shortly before Kratos’ reveal, so it’s probably only a matter of days or hours before we get an official confirmation. Seems like a perfect fit given that Season 5’s theme centers on hunters, and Sarah Connor/Terminator certainly fit that bill. With so many wacky guests, the question of whether “if” a character can appear in Fortnite has now become a matter of “when”. In other words, put Samus in the game already, you cowards.

In other, non-character related Fortnite news, the game recently added a 120 fps mode for new-gen consoles and Epic bought an entire shopping mall because it can.