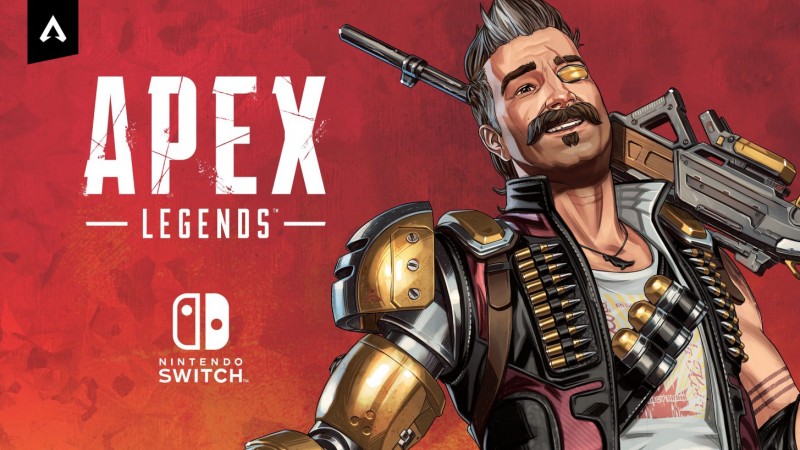 When the Switch version of Apex Legends was first announced last summer, Electronic Arts said it would be releasing in the fall of 2020. That didn't happen, but a recent post seemed to indicate that Respawn's shooter would be hitting today, February 2, alongside season 8. That also didn't happen. But even if Switch owners aren't claiming their in-game victories today, at least now they know exactly when they can: March 9.

The news came via this post on the game's official site, which finally provided the solid date for the release of Apex Legends on Switch.

In the post, Apex Legends game director Chad Grenier reveals the March 9 release date, and gives credit to the team at developer Panic Button for handling the port to Switch. But that isn't all: Grenier also outlines some of the other features and benefits to expect from this version at launch, including bonuses like free Battle Pass levels and an extra XP boost.

"Apex Legends will launch on Switch with support for cross-platform play, our latest seasonal content, and full feature parity with the other versions of the game," Grenier says. "Plus, since we’re launching a few weeks after the start of Season 8, Switch players will be granted 30 free levels for their Season 8 Battle Pass. For the first two weeks after launch, playing on Switch will also earn you double XP."

If you don't know much about Apex Legends, today might be a good time to jump in! Season 8 just started, which brings all kinds of new, fun things to the game that community is experiencing for the first time together. You can watch us play for a few hours right here, with Game Informer's own Top 500 player Jay Guisao showing off his skills.

Apex Legends is a free game, and it is available now on PlayStation 5, Xbox Series X/S, PlayStation 4, Xbox One, and PC. And, as mentioned above, Switch is coming pretty soon.