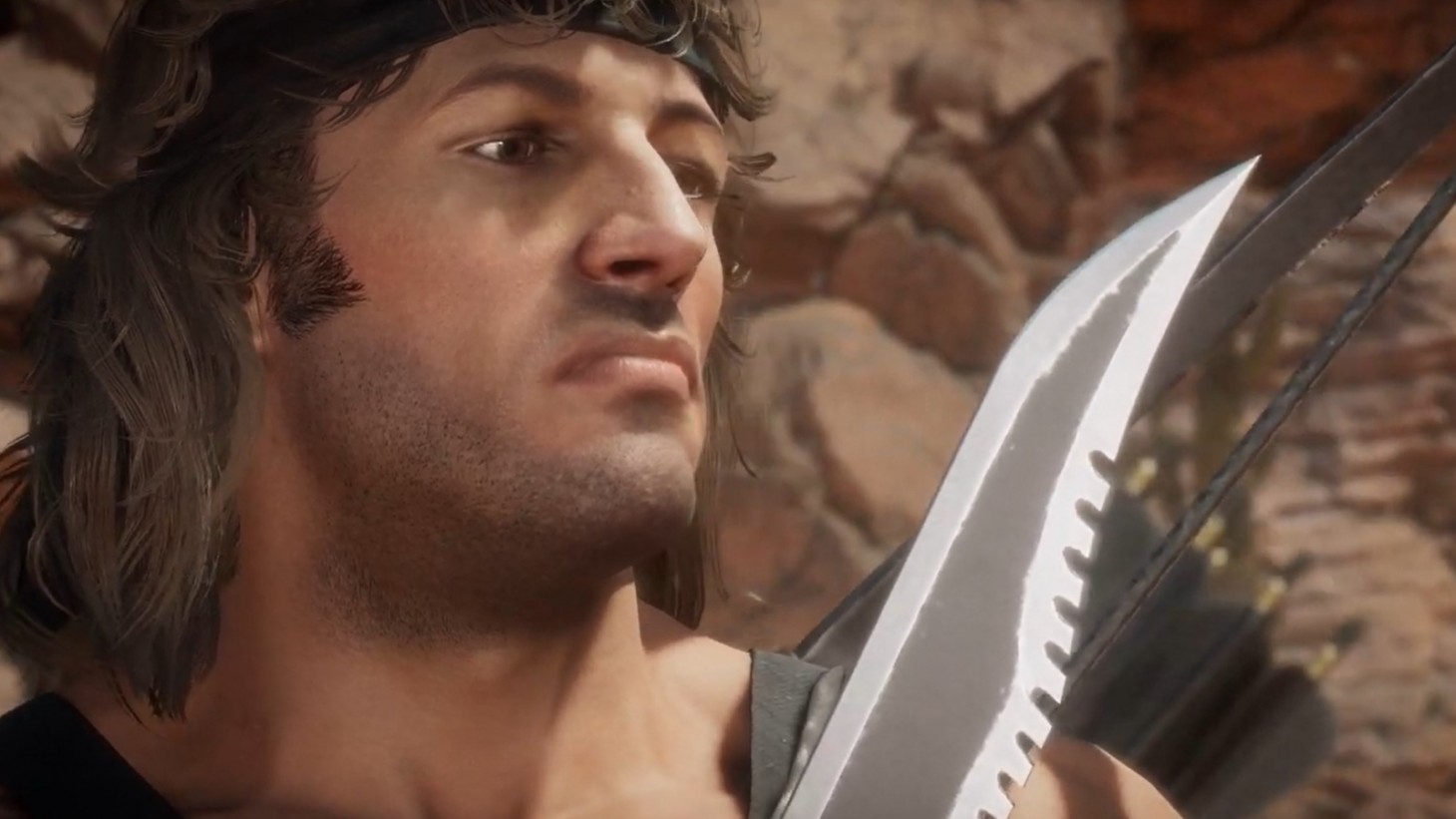 Many an eyebrow was raised at the reveal of John Rambo in Mortal Kombat 11 Ultimate, but the tortured war veteran looks right at home on his new battlefield. A new gameplay trailer shows how MK's latest guest fighter employs his guerrilla tactics to his fantastical adversaries.

Action-fans were first introduced to Rambo in the 1982 classic First Blood. Besides being a brutal action flick, the film explored the troubling reality of veteran post-traumatic stress and the challenges they face re-assimilating into the society. Its acclaim and popularity spawned a huge media franchise and numerous sequels, including 2019's Rambo: Last Blood. While it's unlikely Rambo will deliver an emotional monologue about his horrific service in Vietnam and move Scorpion to tears, it's exciting to see what he brings to the table in Mortal Kombat regardless.

Armed with his signature combat knife, bow, and, of course, machine gun, Rambo is clearly a force to be reckoned with. Seeing how Netherrealm incorporated Rambo's penchant for stealthy traps shows the same attention to detail paid to previous guest characters. To that end, Slyvester Stallone reprising the role serves as the cherry on top of this blood-topped sundae. It should be hilarious hearing Sly rage about Outworld and ninjas from Hell. While it is a little strange to see Rambo throwing kicks, at least his Fatality feels fitting. Plus there's just no beating that signature battle cry.

For more on what's coming to Mortal Kombat 11 Ultimate, check out Rain's gameplay trailer as well as its limited Sub-Zero themed Kolletor's Edition. The DLC pack and full game arrives November 17 for PlayStation 4, Xbox One, Switch, Stadia, and PC with free upgrades to the PlayStation 5 and Xbox Seriex X/S versions.

How does Rambo measure up? Are you excited to hear Sylvester Stallone tackle the character one more time? Let us know in the comments!