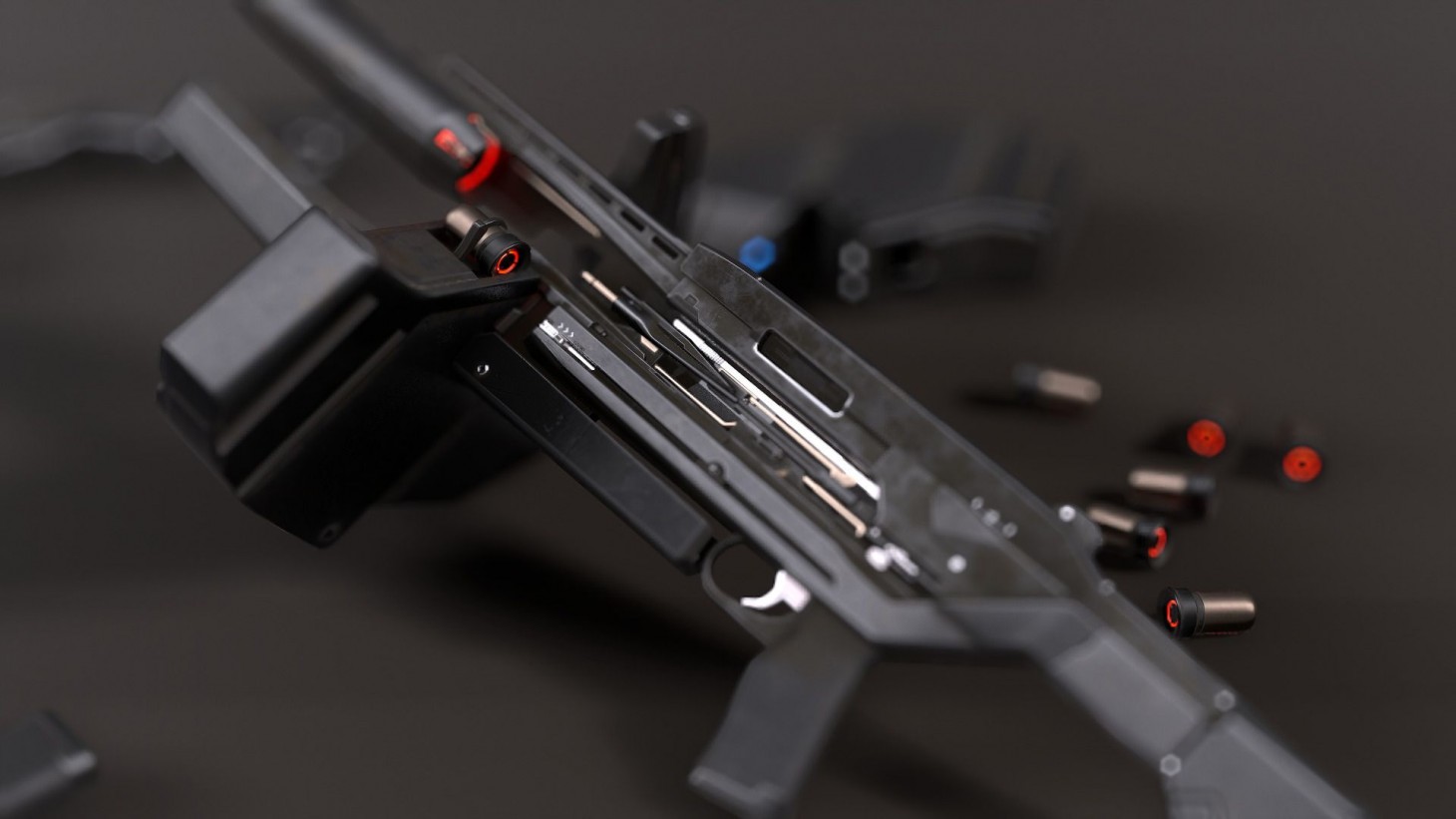 The Race To Create Half-Life 3

Half-Life is one of the most revered franchises in the world. Not only did it establish Valve as a premier developer, it redefined player expectations for first-person storytelling, world building, and enemy A.I. Half-Life 2 and its episodic follow-ups continued to push the FPS genre into bold new directions until Half-Life 2: Episode Two released in 2007. After Episode 2’s cliffhanger ending, fans couldn’t wait to experience the climax of Gordon Freeman’s epic struggle against the totalitarian, multidimensional aliens known as the Combine.

As Valve’s focus has shifted toward maintaining its digital Steam store and the online game-as-service Dota 2, the Half-Life brand seems to have been abandoned by its creators. Many fans wonder if we’ll ever see another Half-Life game. Others feel that it is time to take matters into their own hands. If Valve isn’t going to make another Half-Life, its fans will.

On August 25, 2017, Half-Life writer and ex-Valve employee Marc Laidlaw wrote a blog post called Epistle 3. The post detailed the exploits of a couple of scientists who traveled to the arctic in search of a mysterious ship that had begun to shift in and out of reality. Laidlaw didn’t use the words Half-Life, Gordon Freeman, or Combine in his post, but the inference was clear: This was the outline for the missing episode in the Half-Life series.

“It was sort of vaguely cryptic, but everyone quickly realized that it was his interpretation of what Half-Life: Episode Three was supposed to be,” says Sam Walton, PR lead for the fan-driven Project Borealis. “The Half-Life community took that as a signal that Half-Life 3 was probably not going to happen. Like, if the lead writer was happy to publish that kind of thing, maybe the game was never coming out. We had always thought, ‘Maybe it’s being worked on somewhere behind the scenes.’ But a lot of people saw that post and said, ‘Well, that’s probably that.’”

But out of disappointment grew a bold idea: Now that fans had an outline for the next Half-Life, maybe they didn’t need to wait for Valve to finally get around to working on the game; they could just do it themselves. Dozens of Half-Life fans started to congregate around the subreddit r/DreamsofHalfLife3, where they talked about making the next Half-Life themselves. The team christened themselves Project Borealis (a nod to an Aperture Science research vessel introduced in Half-Life 2: Episode Two), and over the course of the last two years that initial group of fans has grown to over 80 designers – approximately the same number of developers listed in the credits of Half-Life 2. This eclectic team holds a wide array of interests and specialties and is spread across the U.S., U.K., eastern Europe, Russia, Australia, and South America.

“We have team members who are currently or have previously worked at triple-A game development studios, including Blizzard and Ubisoft,” says Walton. “Others have previously contributed to community projects such as Black Mesa or other Half-Life mods. And we have many team members who are currently at university or working for non-game dev organizations.”

Project Borealis’ scrappy, ad-hoc development team is full of part timers and hobbyists, but it is also run a bit like a commercial game studio. Team members have official job titles, report to team leads, commit to deadlines, and conduct group meetings. Project Borealis even lists open positions on its site and conducts interviews with newcomers before they join the team.

Over the last two years, this collective of weekend warriors has designed an impressive-looking shooter. Laidlaw’s blog post talked a lot about Half-Life’s story, but was vague on gameplay, which gives Project Borealis a fairly long leash with which to experiment. The team wants to push the envelope a bit and add modern gameplay sensibilities, such as destructible environments, snow vehicles, and new enemies like frostbitten headcrab zombies. At the same time, Project Borealis is committed to making a game that stays faithful to what the series has done before.

“We want this to feel natural,” says Walton. “We were not going to add aiming down the sights or cover mechanics so it becomes a completely different game. But it’s been more than 10 years since Episode Two, so we’re experimenting with stuff that’s a natural next step. We added a vortex mode to the Gravity Gun, so it can create these kind of tornados with hundreds of physics objects. That kind of stuff.”

The new bells and whistles in Project Borealis’ Half-Life project are only possible because the team made the controversial decision to move away from Valve’s long-running Source engine. In a surprise move, the team is developing on the Unreal Engine.

“When we started the project, everyone’s assumption was that we would use the Source engine,” says Walton. “But early on, the programming team said, ‘You know, I don’t think that’s a good idea. The Source engine is old, it hasn’t been updated in at least five years. It’s not going to be fun to work with.’ Some of the Half-Life community was hesitant about us using Unreal Engine. Like, ‘Is that gonna feel like Half-Life?’ People have played that game so much that if something feels wrong, they’ll know. So when we decided on Unreal, there was this other group that said, ‘Well, we’ll do it using Source!’”

By day, David Mason is a student studying digital animation at The University of Alabama. By night, he assists with programming, sound design, texture art, and modeling as part of Keep Away From Fire’s development community. Mason has been a part of the Half-Life modding community since he was in junior high, so when he was offered the chance to become a design lead on Keep Away From Fire’s effort to develop Half-Life 3 in Source, he jumped at the chance.

Keep Away From Fire’s Half-Life project has the working title Boreal Alyph. Boreal is an obscure word for north and alyph is a corruption of the Yiddish word for time. In turn, “Northern Time,” is a reference to Marc Laidlaw’s blog post and its story set in the arctic. Unlike Project Borealis, however, the Boreal Alyph team doesn’t see Laidlaw’s outline as gospel.

“[Laidlaw’s blog post] is kind of just a guideline, you know, a rough draft of our game,” says Mason. “We’re in this process of constant revision with this project. I’ll be the first to admit our limitations. We don’t have professional experience. A lot of us have never shipped a full product before, and so we’re having to figure out things on the fly.”

Boreal Alyph’s version of Half-Life Episode Three takes Gordan Freeman and Alyx Vance to a weather station on a remote island somewhere in northern Russia, but this is just the start of a much larger journey, and players will eventually travel to research stations, coal mines, and mining settlements across the globe. The Boreal Alyph team has put a lot of time into developing its own characters, locations, and narrative arc for this version of Half-Life 3.

“Source is definitely not as user friendly or as well-documented as something modern like Unreal or Unity,” says Mason. “It gives us a lot of trouble sometimes. For example, graphically, it’s hard to do a lot of modern shading t­echniques, because Source Engine is on DirectX 9, which is very old at this point. It’s a constant fight to see how we can ­modernize the graphics in a way that won’t take 20 years or make us pull out all our hair.”

The Source engine may be long in the tooth, but the Boreal Alyph team has put it to good use. A small group of programmers have already rewritten the system’s A.I., so Combine soldiers now flank the player, which is not something enemies did in the original games. To date, the team has spent a lot of time on the gunplay and enemy design. One new creature is a medic variant who releases a support drone that flies around the environment and heals fellow enemy soldiers. The Boreal Alyph team is also tinkering with a heavy Combine unit who has a massive health pool and carries a chain gun.

“We are definitely trying to emulate the style of Half-Life 2,” says Mason. “We’re planning our own vehicle section, and the beginning of the game is supposed to be a lot like Ravenholm – the horror section from Half-Life 2. We’re kind of recreating that, but in a style similar to The Thing or Metro 2033. You’re in this frozen wasteland, and you’re stranded, and everything’s going to hell.”

SLOW AND STEADY TOWARD THE FINISH LINE 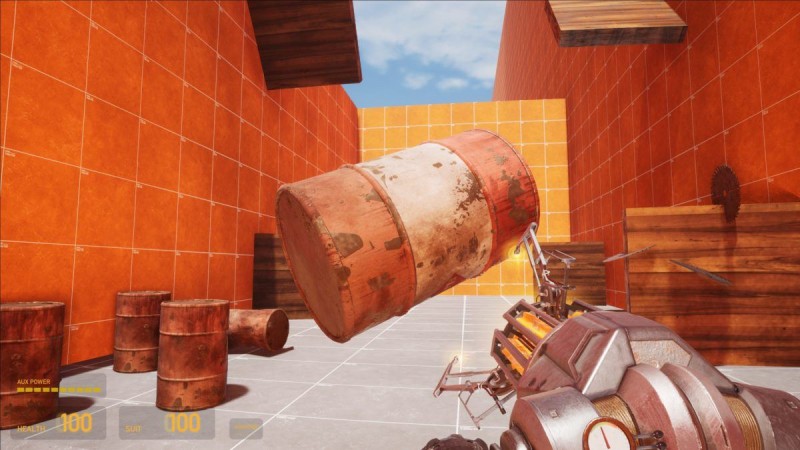 SLOW AND STEADY TOWARD THE FINISH LINE

Both Project Borealis and Boreal Alyph started with the noble desire to give fans like themselves the experience they had been craving for over a decade. In the process, these collectives have learned game development is much harder than it looks. In some ways, both groups have faced challenges that even commercial game studios don’t have to worry about.

“We have this distributed, completely volunteer group of people, and we somehow have to pull them together so we can actually get this game done,” says Walton. “I think that’s definitely the biggest challenge for us. We’ve got people who know Half-Life inside-out and Unreal Engine inside-out. The technical side of things is fairly there, but figuring out the organizational aspect, keeping things together, that’s probably the biggest challenge.”

“It’s a unique beast doing business over the internet when people are spread out over every time zone from Pacific U.S. time to Moscow time,” echoes Mason. “People have jobs and school, and they’re not physically in the same location. It just doesn’t work the same as a traditional, physical studio environment where people actually go in and meet each other every day. And they’re paid! That’s a huge motivator. You just kind of have to take a much more hands-off, slow-and-steady approach to development.”

At the end of the day, Project Borealis and Boreal Alyph rely on the fact that their teams want to work on these projects in their free time. When life’s circumstances change, sometimes those desires change. Commitment is a huge problem for both communities. Members of Keep Away From Fire have even experienced a phenomenon they’ve dubbed the “Boreal Alyph curse,” because it seems like the most committed members of the team continue to get hired away by commercial game-development studios and into paid positions where they can no longer work on a Half-Life fan project.

Given all of the factors that feed into the development of these community-driven projects, it’s a miracle both Project Borealis and Boreal Alyph have progressed as far as they have. Both teams have built robust playable builds that look like professional game projects. Still, the road to the finish line is paved with a number of unconquered challenges, and neither group is willing to commit to a release date. So, for the moment, both groups of junior designers are slowly plugging away on their dream game. A legion of Half-Life fans eagerly await the release of the next Half-Life game, and these fan projects might be their greatest hope.

After all, who else is going to make Half-Life 3?

This article originally appeared in issue 318 of Game Informer Magazine. 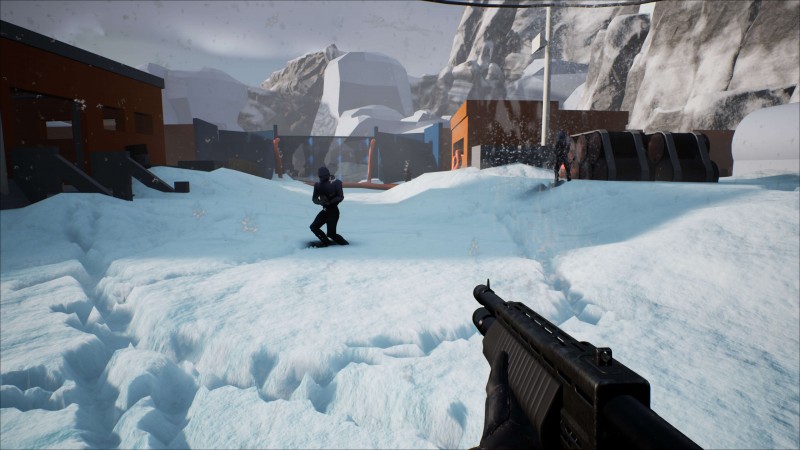 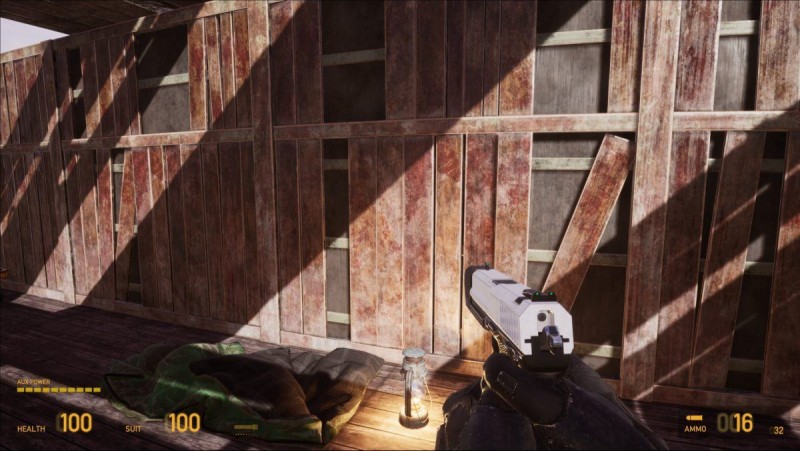 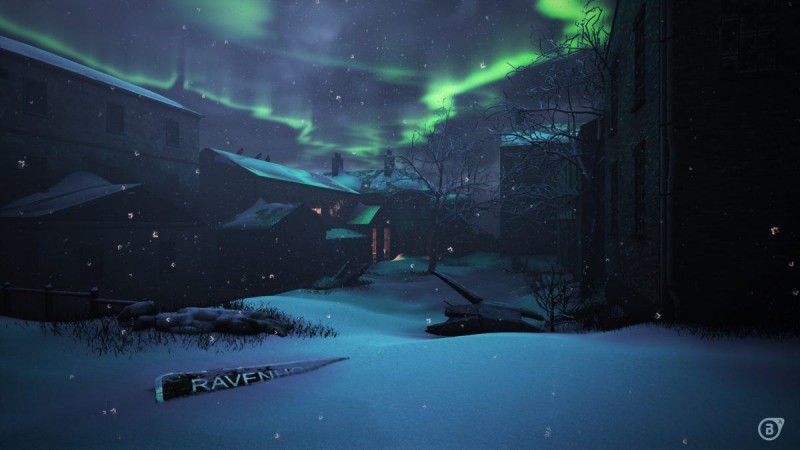 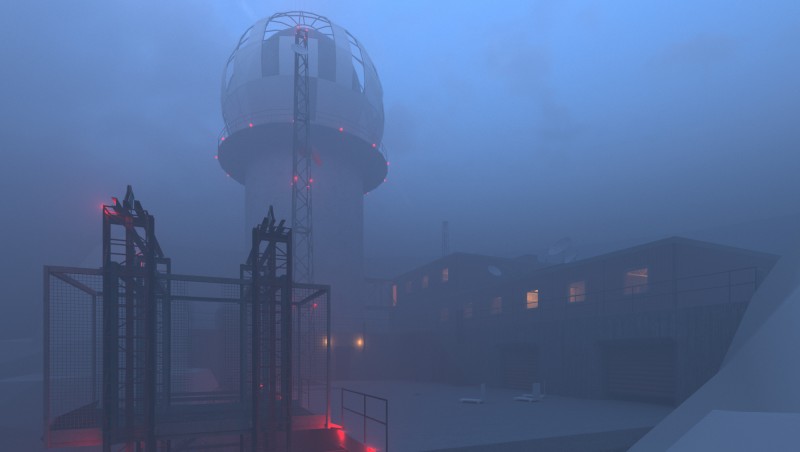 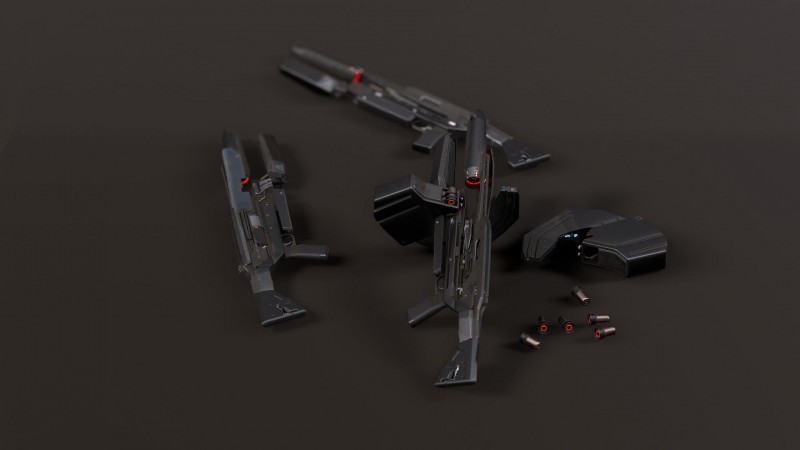 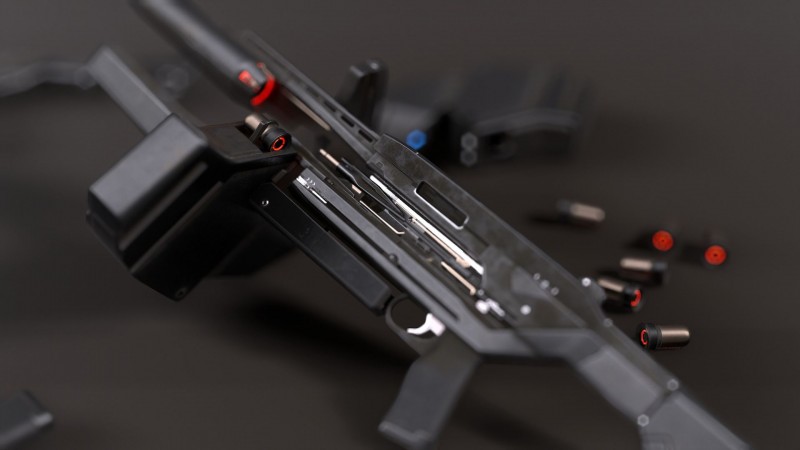 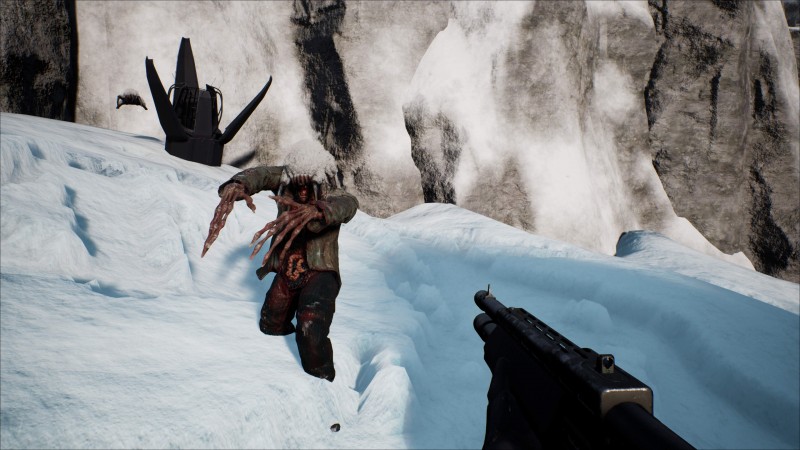 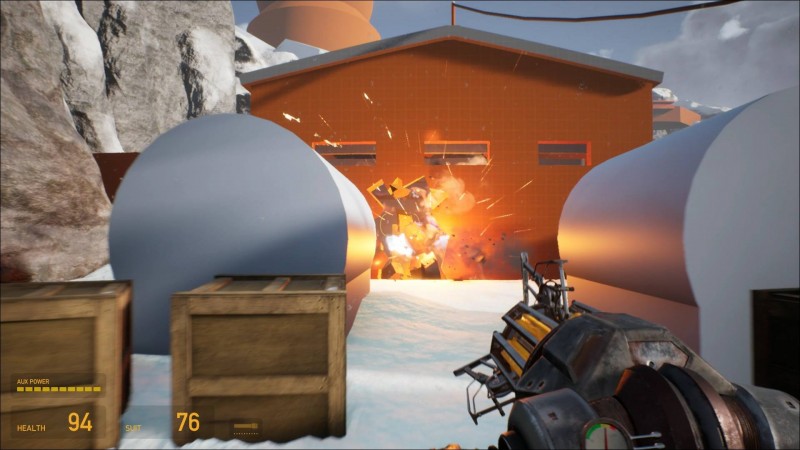 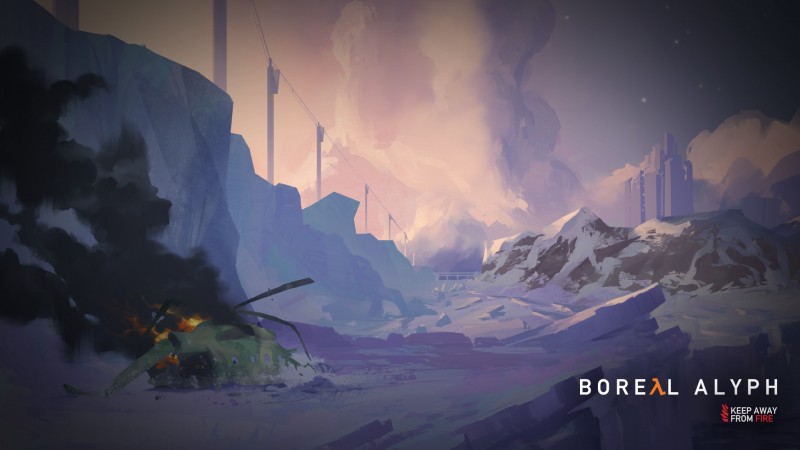 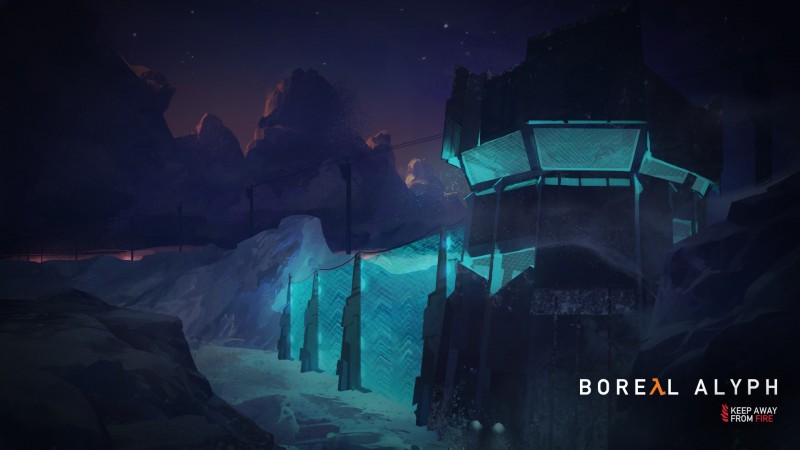 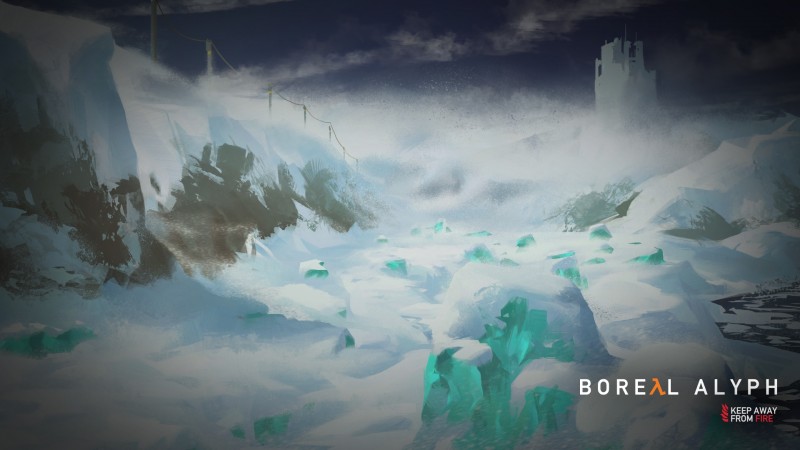 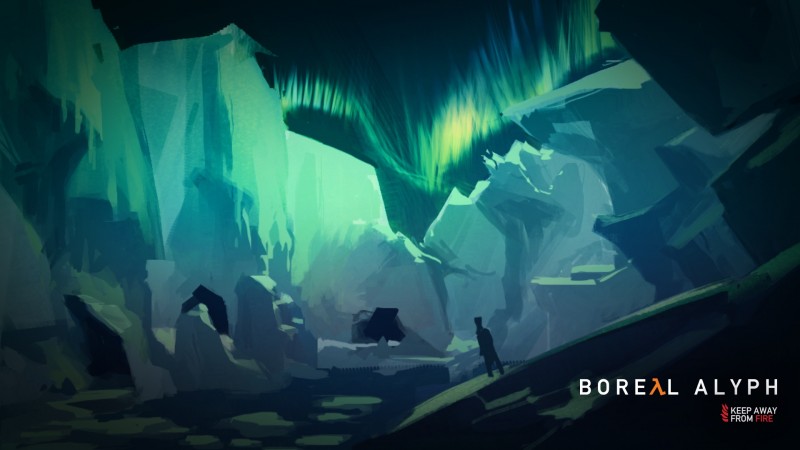 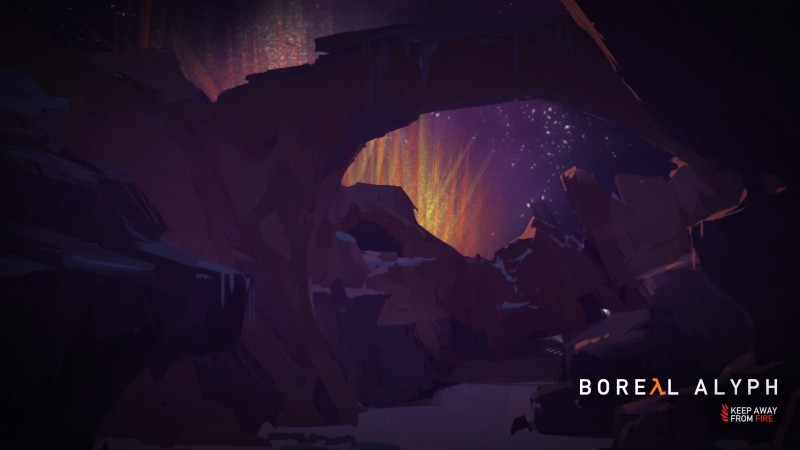 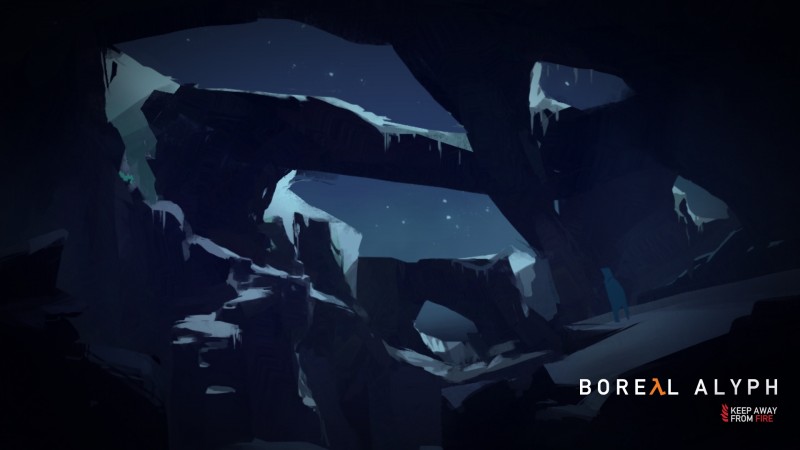 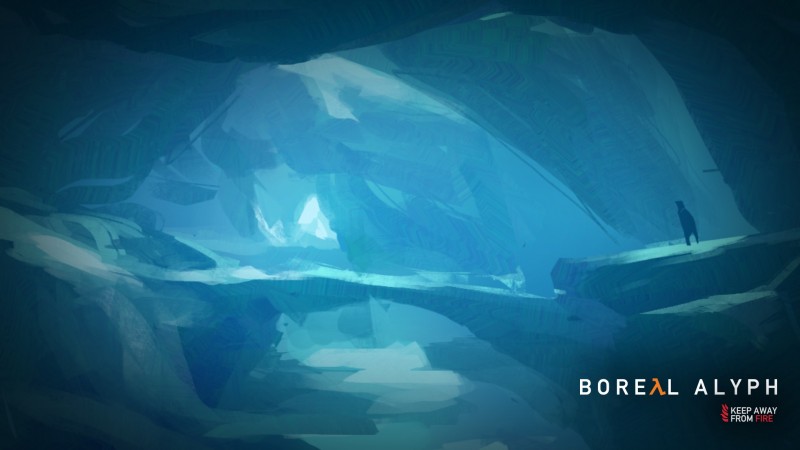