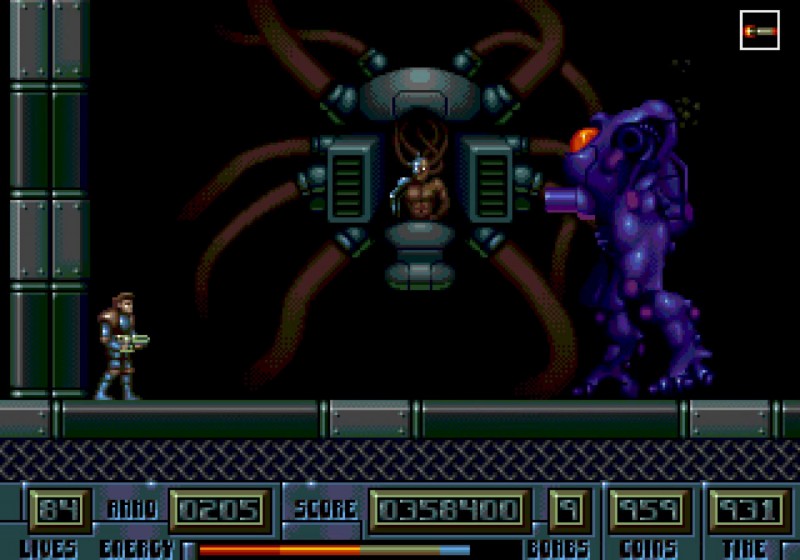 The Mega Sg is a high-end redux of the Sega Genesis from Analogue, the company behind the excellent (albeit somewhat expensive) Super Nt. It's a console dedicated to slavishly reproducing the look and feel of all your old Sega Genesis games an big HDTV, and includes several options for how to run them. But along with running all of your old games, Analogue has announced the console will include an unreleased game for the Genesis, one that was thought lost to time.

Hardcore was to be a run-and-gun shooter in the vein of Contra from DICE (yes, that DICE). The game was 99-percent finished, but shelved due to the publisher decided to refocus on the next generation of consoles instead. Unreleased copies of the game became a highly sought-after collector's item, though few existed. More than two decades years later, German publisher Strictly Limited games is bringing the title back for release on the Sega Sg, renaming it "Ultracore" for legal reasons. The game will be included digitally on every version of the console.

Though it will be released first on the retro console, the Ultracore was originally intended to release on the PlayStation 4 and Vita, and according to Strictly Limited's website, the title is still set to release on those consoles in 2019, though an exact release date has not been announced. Mega Sg orders are set to ship sometime in April.

This is the not the first time Analogue has included a "new" game with its high-end machines. The Super Nt included a director's cut of Super Turrican.