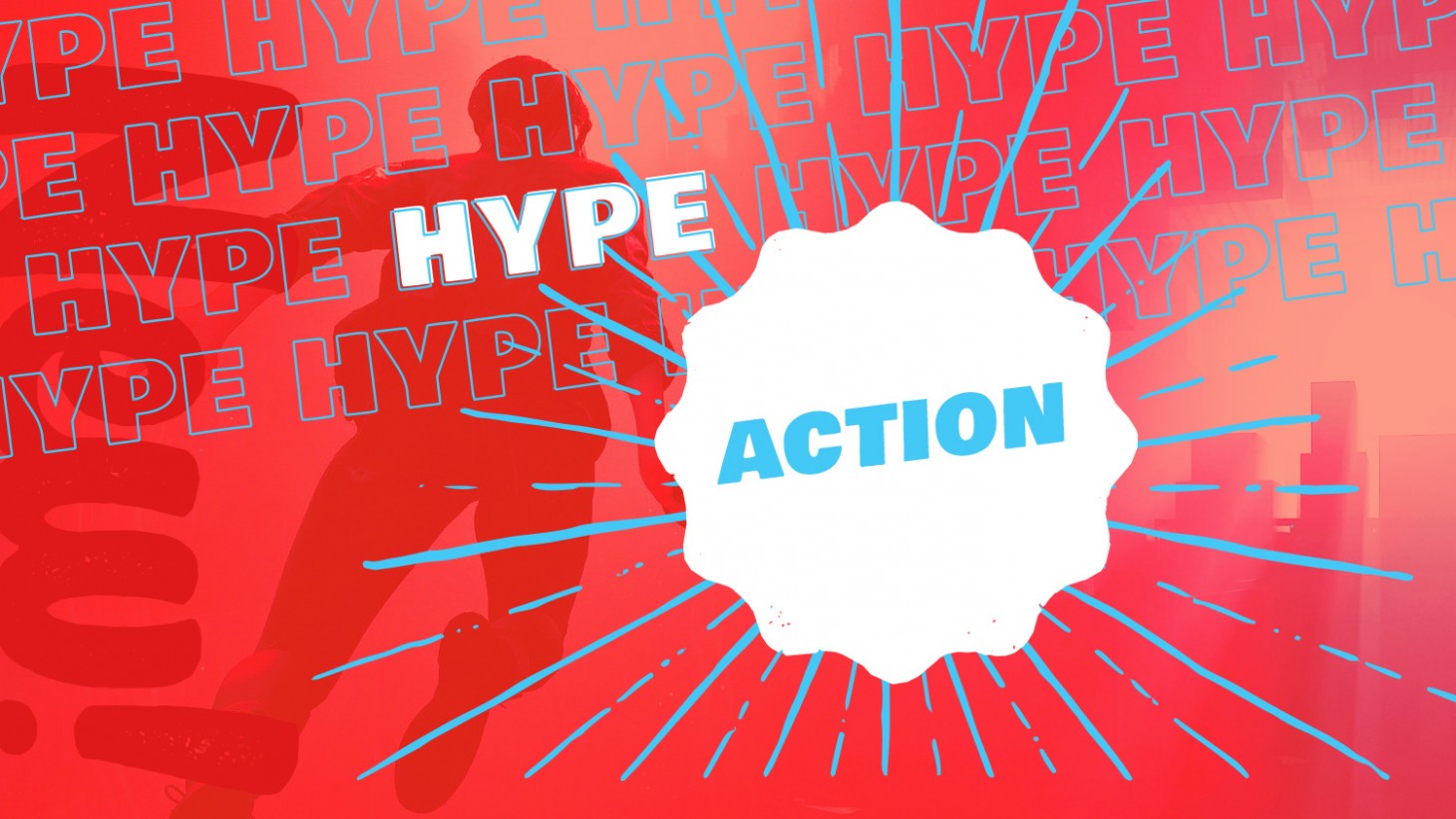 Our Most Anticipated Action Games Of 2019

Last year’s action games were spell-binding, and it looks like 2019 is shaping up to be just as exciting. Mechs, mind-bending platformers, and ambitious sequels are all on the horizon. Here are the action games we’re most excited about. 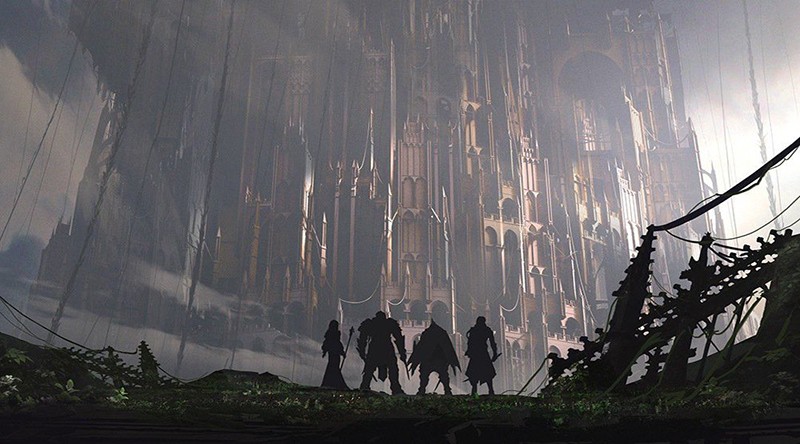 Platinum has made its name as one of the best action game architects in the industry, creating the likes of Bayonetta, Vanquish, Nier: Automata, and Metal Gear Rising: Revengance. We might not know exactly what the heck is going on with Babylon’s Fall’s timeline obsession or what the story is about, but given the developer’s pedigree, we’re more than a little excited to find out. 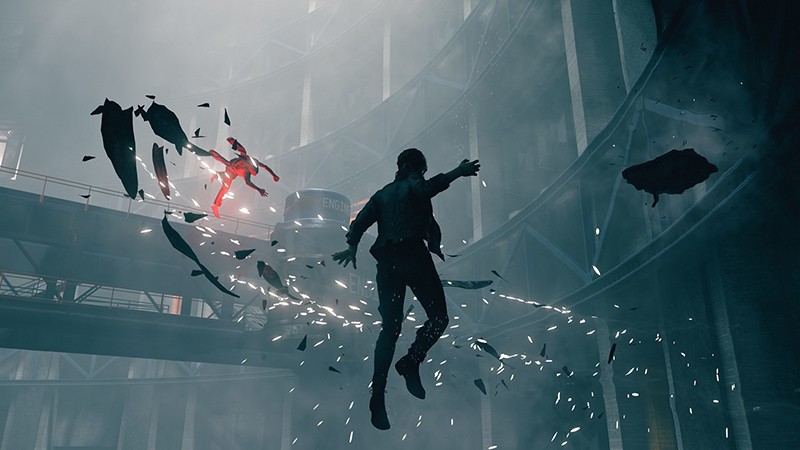 Masters of the mind-bending action adventure, Remedy has delighted and beguiled gamers with the likes of Max Payne and Alan Wake. With Control, the company is diving back into comfortable territory of conspiracy theory narratives, super-power focused gameplay, and guns guns guns. Check out why editor Brian Shea really liked what he saw of the game back at E3. 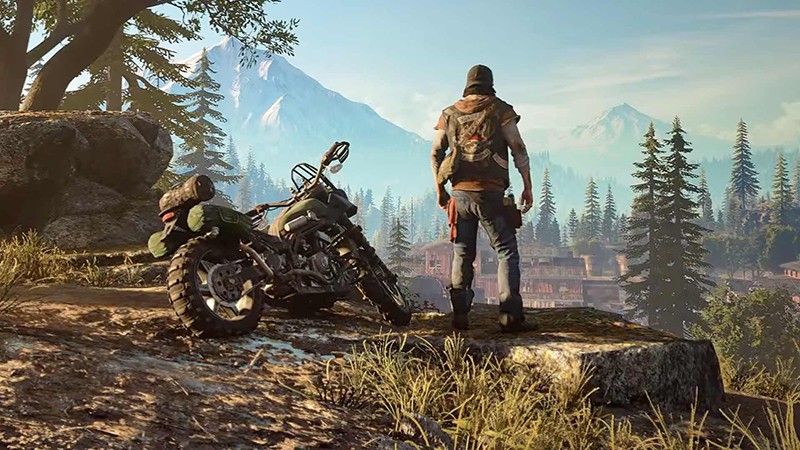 With its open-world mixture of biking and undead-murderin', Days Gone really impressed our crew when they went out to see the game for our cover trip last year. Players will finally be able to raise some anarchy on the road when Days Gone releases in the next few months, and see if this strange but alluring combination pays off. 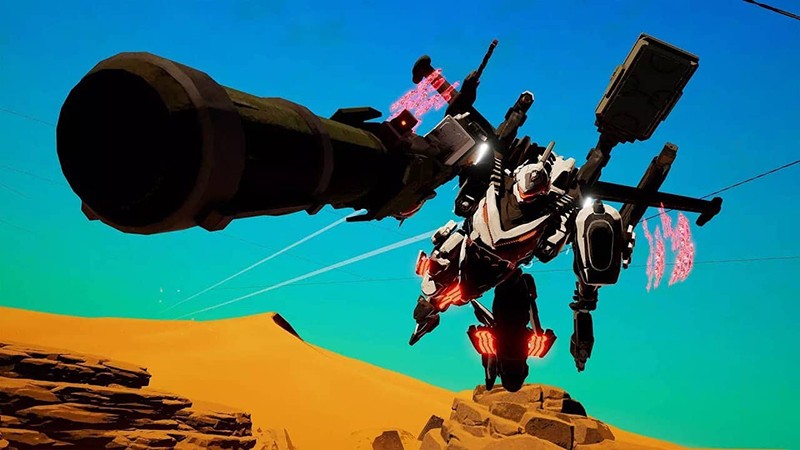 One of Nintendo’s big surprises during its E3 stream, Daemon x Machina has the makings of a hit Switch exclusive thanks to its frantic mech combat and striking visual identity. 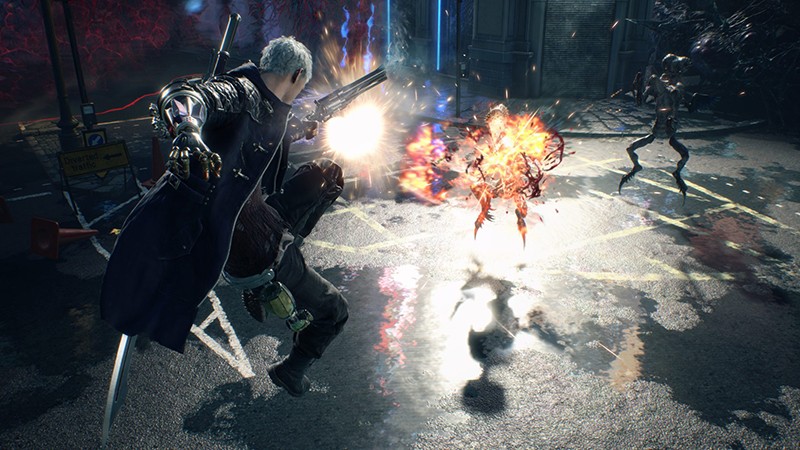 It’s been a decade since the last numbered entry in Capcom’s seminal demon-murderin’ series and it’s back with a vengeance. Sporting beautiful graphics, a fittingly hellish metal soundtrack, and the fast-paced combo-oriented combat that Devil May Cry is known for, hack & slash fans have a lot to be excited about.

The thrill of Dying Light’s parkour combat and survival systems in a zombie-infested city was one of 2015’s biggest surprises. With the sequel, Techland is working to rectify one of the original game’s biggest flaws: storytelling. Chris Avellone, who has penned the stories for games like Fallout: New Vegas and Baldur’s Gate, lends his talents to Dying Light 2, which is designed to make players’s choices shape the world around them in interesting ways. 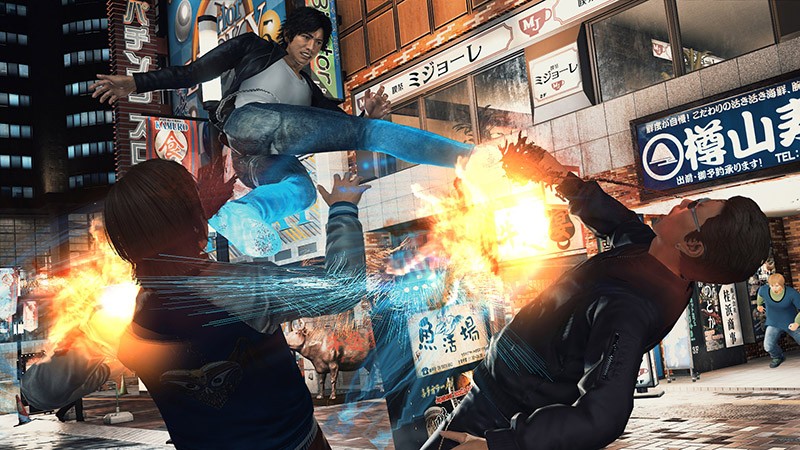 Formerly known as Judge Eyes, Judgement is a spin-off of Yakuza where you play as a private eye trying to solve murders in Kamurocho (Yakuza’s version of Tokyo’s red light district). When you’re not beating up gangsters, you’ll be investigating crimes to bring evildoers to justice.  The love for Yakuza’s brand of ambitions and zaniness is real in the Game Informer offices, so we’re really hyped to see how this spin-off fares.

A surprise sequel that was announced during this year’s Game Awards, Team Ninja's MUA 3 lets you assemble a team of Marvel’s best super heroes (including those from Guardians Of The Galaxy) to take on Thanos in beat' em up style. Get those adamantium claws ready, bub. 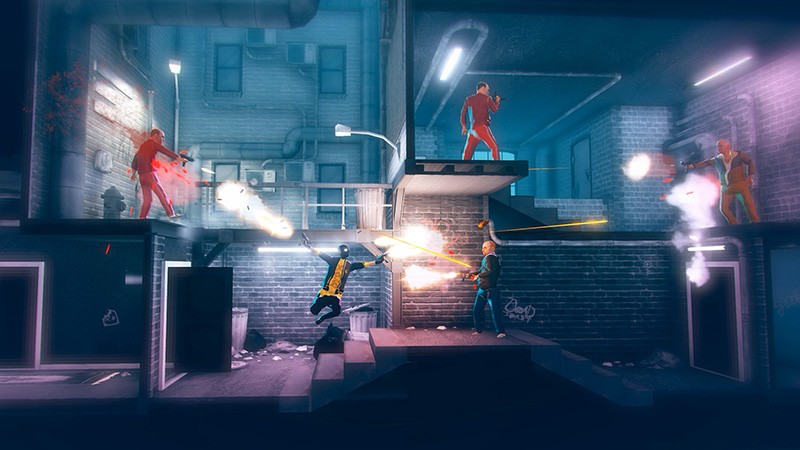 My Friend Pedro’s elevator pitch is simple: you are a guy controlled by a sentient banana who’s telling you to kill a bunch of bad dudes. Fair enough. This stylistic, violent indie will have you pulling off John Woo maneuvers in slow motion, raining bullets down on unlucky foes. The combination of slapstick humor with slow-mo gun thrills has us eagerly waiting this little blood-soaked adventure. 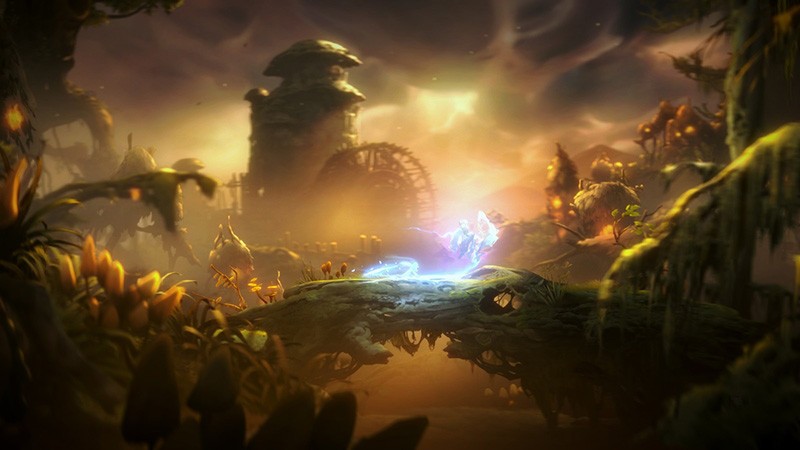 Ori and The Blind Forest was one of the best platformers of this generation and Moon Studio is looking to improve upon the original with a revised combat system, varied biomes, and a touching story all while retaining the beautiful visuals that made the original game so arresting. 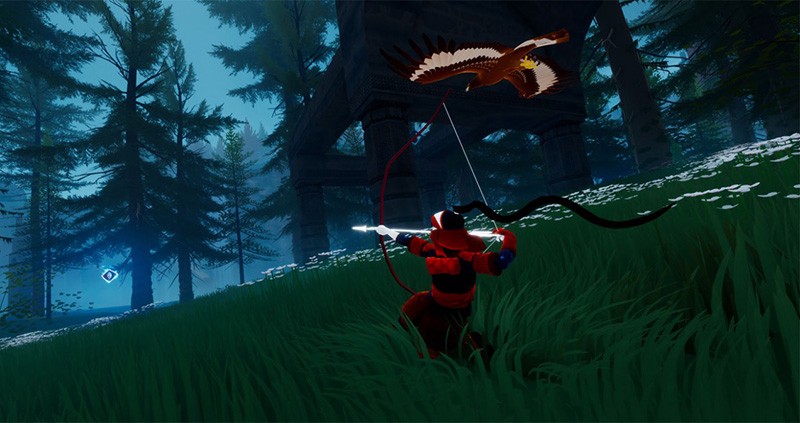 Abandoning the seas for the trees, Giant Squid’s follow-up to Abzû, The Pathless, follows a hunter’s quest to remove a curse from a beautiful land. We got the chance to see The Pathless in action recently and came away impressed by the game’s aesthetic and ambitions. Hopefully we’ll see more soon. 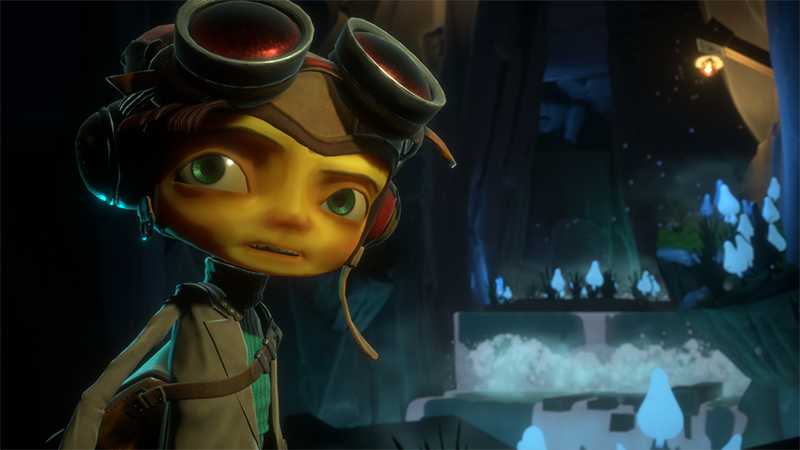 Psychonauts is easily one of the most beloved platformers of its time, and fans are eager to experience the continued adventures of Raz and company. Given Double Fine’s penchant for creating memorable stories with wacky humor and poignant story beats, the crowd-funded Psychonauts 2 might end up being something very special. 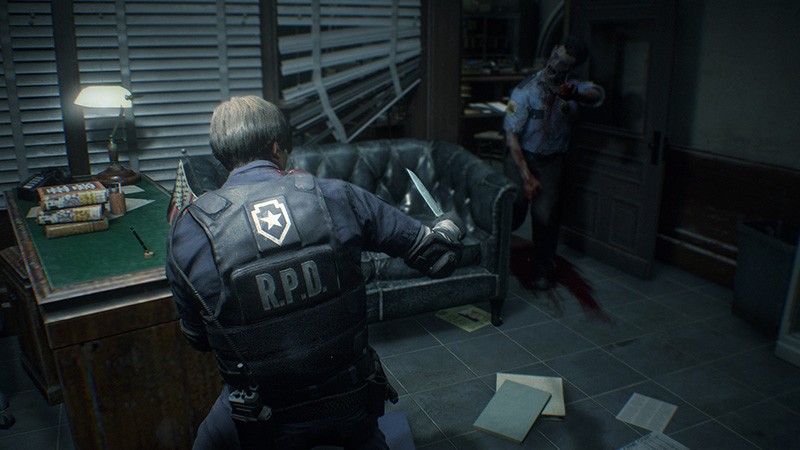 This one’s just a couple of weeks out! Resident Evil 2’s remake has turned a lot of heads since its reveal at E3, ending up being the eye-catcher at the show. It’s not hard to see why. The original game’s innovative campaign structure and tense horror made it one of the best games of its time. With a current generational face-lift as well as over-the-shoulder gunplay, the remake looks like it will do more than just take players for a nice trip in the dark down memory lane.

Outside of a behind-the-scenes trailer showing lightsaber motion capture, we don’t know much about Respawn’s upcoming Star Wars game outside that it’s set after Episode III.  However, the company’s pedigree does a great job of speaking for itself, considering just how masterful Titanfall 2 was as both a single-player and multiplayer-experience. It also doesn’t hurt that God Of War alumni Stig Asmussen is directing the game. 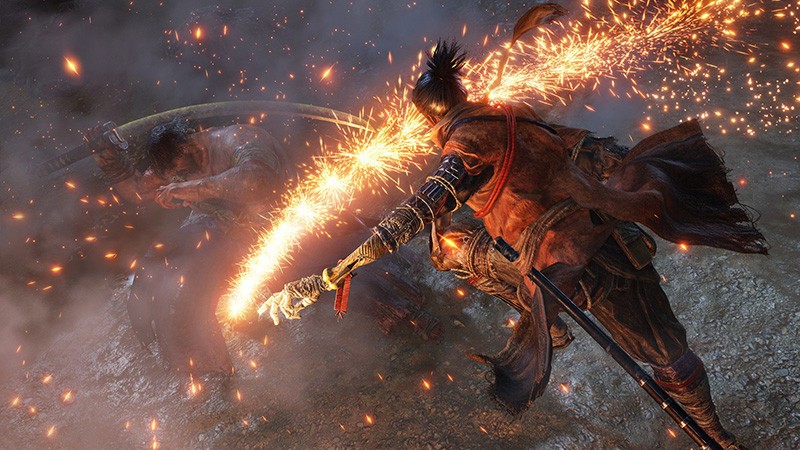 From Software is at it again, eschewing dark fantasy settings and Lovecraftian takes on the 19th century for ninjas. Sekiro looks to be a beautiful, epic adventure that fits the difficult mold Darks Souls and Bloodborne while fashioning its own unique deviations. We’re clearly excited for From’s latest since it’s our cover story this month! For exclusive information about the game, check out all our features here.

Don’t fix what ain’t broken. So far that’s been the general consensus of Spelunky 2’s messaging, with the sequel playing much like the original game, forcing players to navigate a difficult, procedurally generated dungeon in search of treasure Indiana Jones style. However, a new setting, some characters, and a bevy of items (like arrows you can fire into walls to use as platforms) are sure to delight both newcomers and experienced spelunkers. 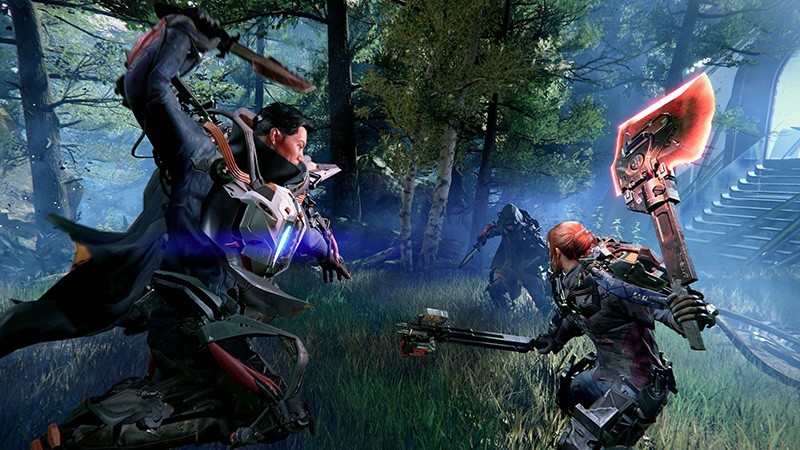 Deck13’s sci-fi stab at making a Souls-like game with the first Surge was interesting but not without its problems, mostly the barren setting and grinding. The Surge 2 looks to fix those issues with a gorgeous world, expanded character customization, and dynamic combat. A lot of games really come into their own with the sequel and that’s what we’re hoping for with The Surge 2.