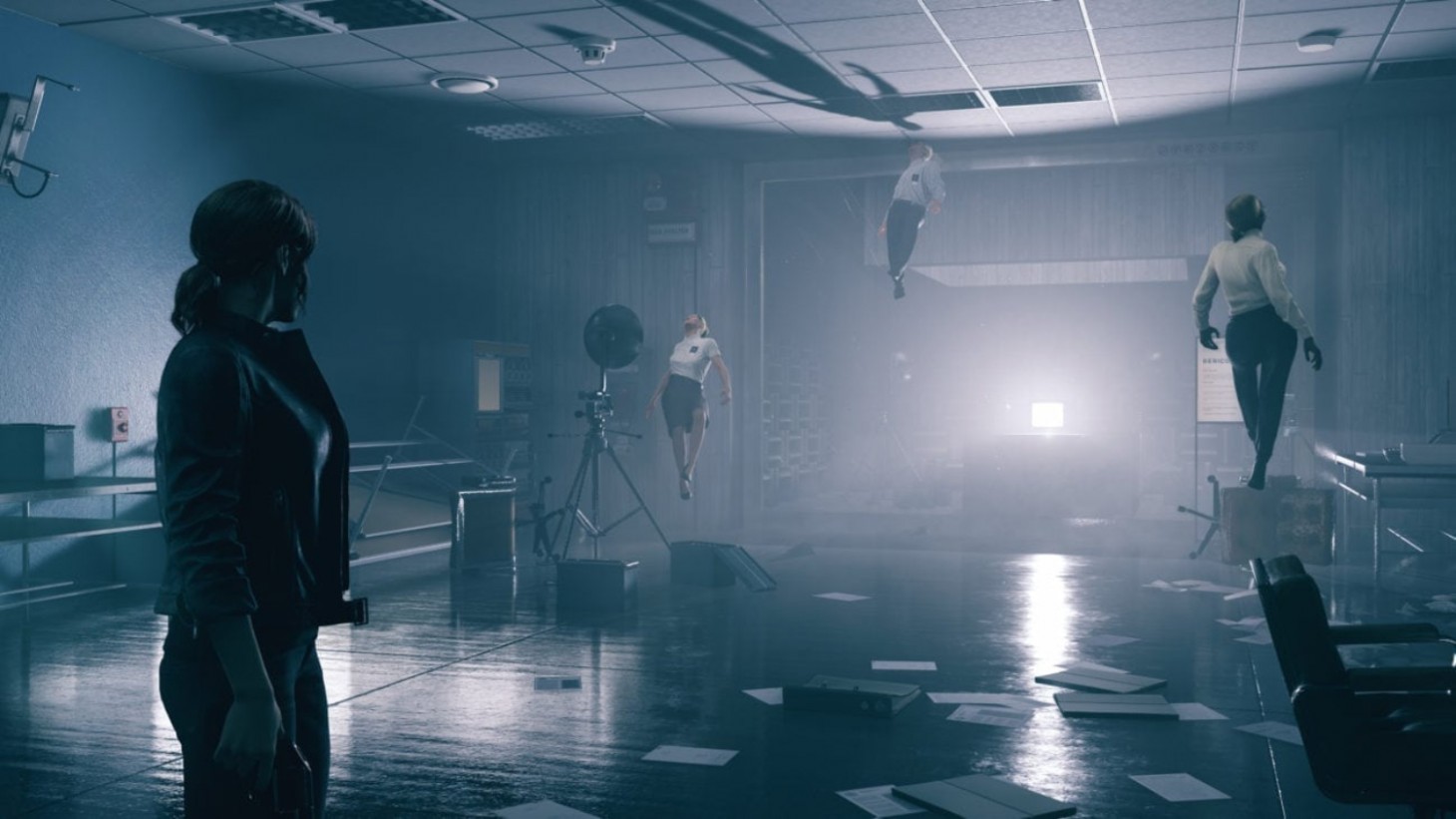 During PlayStation's E3 2018 press briefing, Remedy wowed attendees and viewers with the first trailer of its upcoming game, Control. The trailer was exciting but left more questions than answers. Thankfully, I met with Remedy to see the game in action and learn more about the company's mysterious new world.

Remedy has always been known for narrative-driven experiences, but creative director Sam Lake says the team wants to expand beyond what the studio is known for. “Coming out of Quantum Break, I was concepting this with Mikael Kasurinen, who is our game director,” he says. “We wanted to, first and foremost, create a deep and mysterious world – a many-layered world that players would be drawn back to even when they have played for a long time to explore, find secrets, and piece things together.”

In Control, you play as Jesse Faden, a person who had a traumatic encounter with the unexplainable as a child. The encounter changed her and left her with questions about what she is and what is possible in the world. In search of answers, she travels to the Oldest House, a massive Manhattan skyscraper where the secretive governmental organization in charge of investigating unexplainable things, the Federal Bureau of Control, resides. However, just as she arrives, a mysterious, supernatural force known as The Hiss attack the Oldest House, possessing the employees of the Bureau and killing the Director.

Not realizing what it is, Jesse picks up the Director’s gun. However, the gun is an Object of Power with the ability to morph and shift its powers. In picking up this weapon, Jesse becomes the new Director, placing a target on her back for the possessed Bureau employees. As Jesse turns a corner, a man holding a gun creepily walks toward her. He slowly looks at her and readies his gun. Jesse realizes what’s about to happen and pulls a portion of the floor up to block the gunfire. Turns out the gun isn’t the only powerful part of the main character. She then blasts the debris at the assailant, stunning him. Using her powers, she grabs a computer monitor from across the room and smashes it into him, knocking him down.

“The thing that we wanted from really early on was to make a really challenging experience.”

Exploring the Oldest House is easier said than done. In addition to the myriad enemies trying their luck at taking down Jesse, you also must deal with shifting walls and rooms. Remedy relies heavily on elements of new weird, a subgenre of science fiction revolving around a normal world being changed by a foreign object that is often unexplainable by human science, as well as dream logic. The building behaves unpredictably, but you can sometimes trigger these shifts by performing abstract rituals that require you to think outside the box.

“It’s a Place of Power on its own… this weird, shifting, strange place that’s vastly bigger on the inside than the outside would lead you to believe,” Lake says. “If you know the rules, if the conditions are right, if you know the right rituals, you can keep on traveling – essentially forever – deeper into this building. And step by step, also, leaving our known reality behind.” 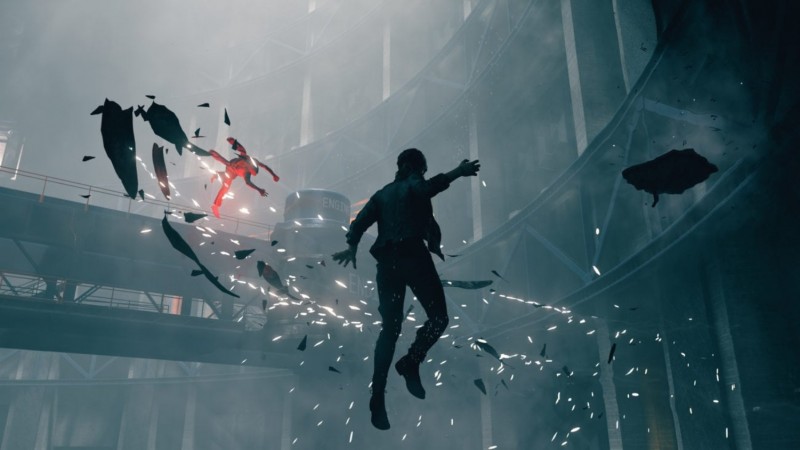 Quantum Break placed a heavy emphasis on story, but Lake says this time around, the studio is more focused on the gameplay. Lake and Kasurinen also wanted to deliver a less linear experience where players would want to dive back in time and again to learn more about the world, complete challenges, and discover new things.

This is evident as Jesse comes to a big, long room with multiple doors. Each door leads to different area, giving the Oldest House sandbox elements. As Jesse continues down the path, she comes to a chasm with seemingly no way across. The demoer says that to pass this gap, she must unlock the Levitate ability. Thankfully, Jesse already has this ability, so there’s no need to backtrack to find it. Jesse effortlessly glides across and continues down the path.

As you play, you encounter multiple side-missions. The optional quest I see is a guy who’s stuck staring at a refrigerator. He tells Jesse he’s been stuck staring for days without rest or food and he’s hoping she can relieve him of his duties. I’m not sure what that would entail, but there’s no time for that. Jesse leaves the poor soul behind and continues along her way.

One thing Remedy is known for is how well it implements music into its games. I asked creative director Sam Lake if fans should expect more of this. “You should,” he says with a smile. “I’m sorry, I won’t go any further into that. [laughs] We like to use music in various forms as a storytelling tool, but also, atmosphere is really strong in our experiences. We’re trying to push this further, so down the line, you should be discovering interesting new uses for music.”

As the demo nears its end, Jesse encounters Rooney, the head of security. Unfortunately, the Hiss have gotten to him as well, and he is much more powerful than any other enemy she’s encountered at this point in the demo. Rooney possesses similar skills as Jesse, but he seems faster and has more projectiles. After shooting him and smashing him with several pieces of debris, Rooney gives one last-ditch effort, but Jesse expertly dodges it and delivers the killing blow.

Jesse leaves the room and enters a bright, white room. She walks toward a massive upside-down black triangle – The Astral Plane. The demo ends after the impressive boss battle, and I’m left wondering what will await her in the Astral Plane.

Control feels like the ultimate realization of what Remedy has attempted in past games. “I would like to think that with each project, we learn what works and what didn’t work that well,” Lake says. “We always want to bring in new elements and try out new things. Here, I think we’ve done a bit more of that than times in the past. But also, I feel there will be a lot of things that the fans will see the evolution of and where certain things have come from.” 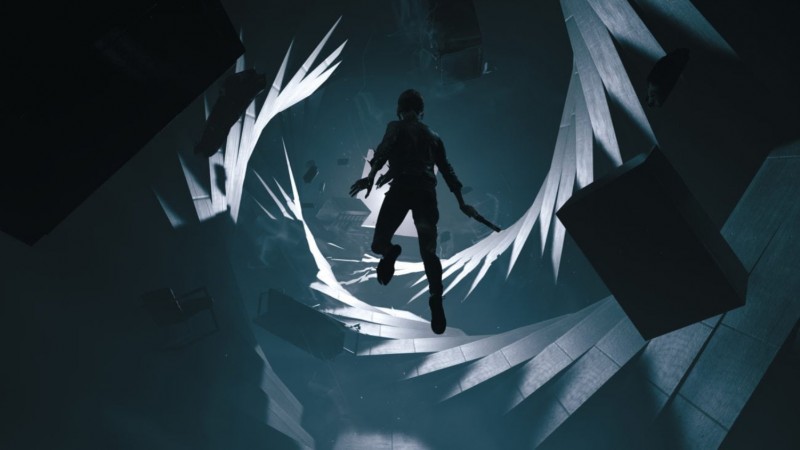 The more open structure, the powers Jesse wields, and the abstract shifting building lead to a complex title to wrap your head around. Control looks to keep players on their toes more than other Remedy games.

“The thing that we wanted from really early on was to make a really challenging experience,” Lake says. “We are dealing with weird concepts, but also from the gameplay side and storytelling side, if you have a linear game, what you end up doing is you are holding the player’s hand and leading them through the experience. ‘Look now, here is the next thing. And you go straight down the hall, and then you see the next thing.’ We decided very early on that this is hands off. We are not helping. We want this to be more player-driven, and the player goes in and pursues the things they are interested in. We are serving fewer things on the platter for you, and leaving you more to piece together for yourself, and try out and experiment, and discover, and learn. We do believe that this will make it more engaging and more rewarding.”

I can’t wait to see what else Control has in store when it launches in 2019.