Rage 2 Has A Gravity Gun 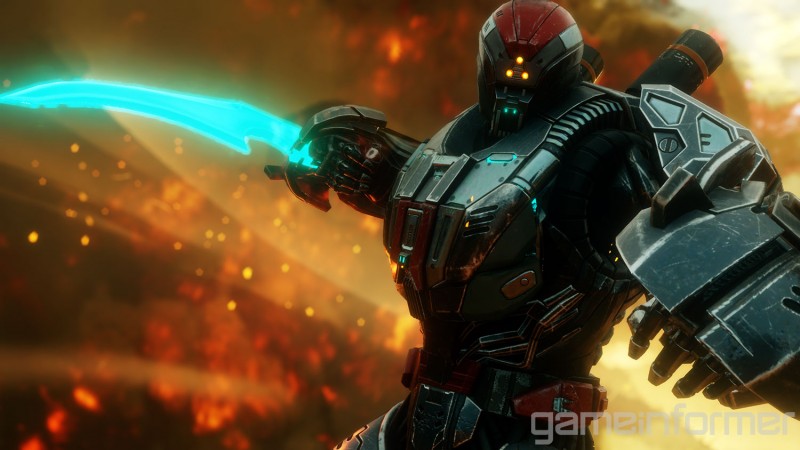 We recently went to Stockholm to check out Rage 2 at Avalanche Studios for our cover story. While there, we found out a lot of surprising things about Rage 2 including its in-depth story and lore, delightfully violent powers, and more. However the most surprising thing we discovered was the game has a gravity gun!

Now hold your horses, Half-Life 2 fans. It doesn't work quite the way it did in Valve's seminal series. Instead of picking up an object and shooting it out like a cannon, Rage 2's gravity gun functions a bit differently. It fires rounds that embed themselves into a target. Once you've tagged a target, you can look somewhere else and press your alternate fire button, forcing the tagged victim to be thrown into that spot. The more bullets you tag a foe with, the more force will be exerted on them.

During our demo, we watched as victims burst into giant goopy explosions when slammed into walls and other enemies. Similarly, explosive barrels and ordinary debris were tagged and used to be thrown at groups of foes as well, decimating them.

Rage 2 is shaping up to have one of the most amusing armories in a first-person shooter we've seen in some time. For more on the game be sure to check out our cover-story hub by clicking on the banner below.