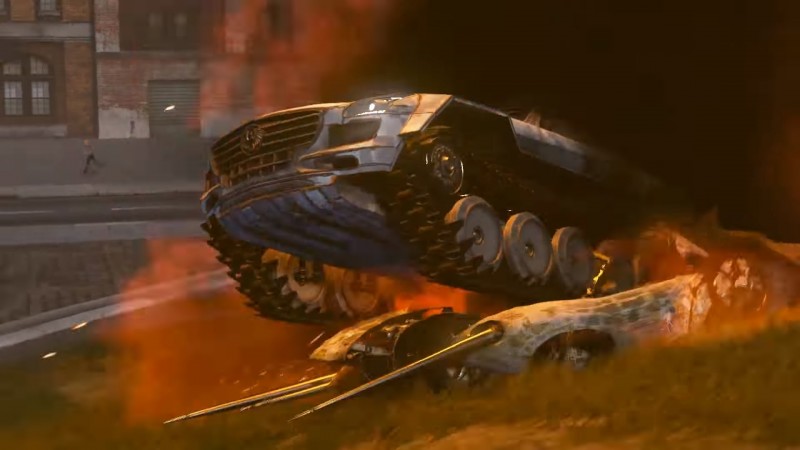 The THQ Nordic has been on a bit of a shopping spree this year acquiring Helsinki-based developer Bugbear last month, rights to Kingdoms of Amalur in September, and Timesplitters and Second Sight properties back in August. Even with all of these new projects, THQ Nordic couldn't resist adding to its collection. The company announced today that it bought the rights to Carmageddon.

A demolition derby disguised as a racing game, Carmagedon first released in 1997 and inspired a slew of ports and sequels. In 2012, Stainless Games proved that love for the franchise was still alive and well when it launched a successful Kickstarter for Carmageddon: Reincarnation. They reached their $400,000 goal in just 10 days and the Kickstarter made over $600,000 by the end. Carmagedon's long legacy of changing hands continues with Stainless Games - which acquired the rights back in 2011 - giving the steering wheel over to THQ Nordic.

It is still unclear what the company wants to do with the title, but this deal could mean a new entry in the series is on the horizon.