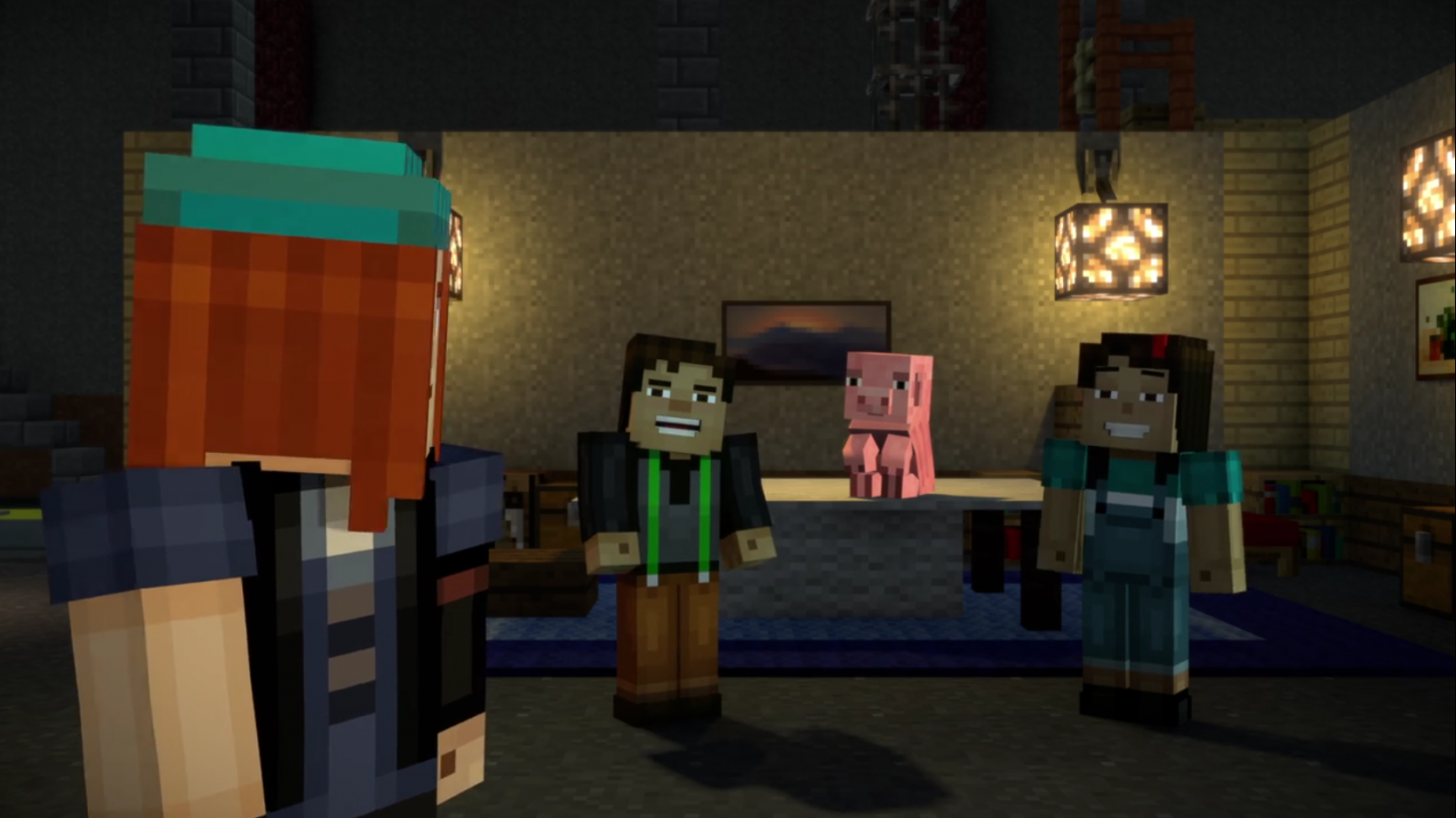 Minecraft: Story Mode is available now on Netflix. The episodic adventure game from Telltale Games originally released on PlayStation 4, Xbox One, PlayStation 3, Xbox 360, PC, Mac, iOS, and Android in 2015, with later releases on Switch, Wii U, and Apple TV.

Despite Netflix being a service dedicated to streaming video, the title still retains choice-driven elements. Depending on which device you're playing it on, the controls for the Netflix version change slightly. If you're on a computer, you use the mouse cursor to select an option when choices pop up, while devices with touchscreens have you tap on your choice. Meanwhile, if you play on consoles, you use the d-pad to highlight an option and a face button to select it. You can still select if you want the main character, Jesse, to be male or female, though it appears that you no longer choose skin tone.

Minecraft: Story Mode features a high-profile voice cast including Patton Oswalt, Catherine Taber, Ashley Johnson, Brian Posehn, Dee Bradley Baker, Matthew Mercer, Paul Reubens, Scott Porter, and Corey Feldman. In addition, veteran voice actor Billy West narrates much of the adventure. The first season was originally planned to run for five episodes before it was announced that the season was being expanded to eight episodes. Interestingly, it appears as though Netflix is only including the first five episodes of the original eight-episode run in its version of the season.

Earlier this year, the developer of Minecraft: Story Mode laid off the vast majority of its staff, leaving the future of all its licensed series in doubt. The news came in the middle of its final season of its popular franchise based on The Walking Dead IP. The development of The Walking Dead's final season will be finished by Skybound Games. In addition to The Walking Dead and Minecraft, Telltale developed narrative-driven episodic titles using licenses like Batman, Guardians of the Galaxy, Borderlands, and more. There's no word on if Minecraft: Story Mode is the first of many previously released Telltale series to make their way to Netflix, or if this will be a one-off experiment for the now-defunct developer.

Despite the fact the series concluded in 2016, the episodes are still seeing a staggered release on Netflix, but not nearly as spaced out as the original release. The first three episodes are available now, with the "final" two arriving on December 5. To learn more about what to expect, check out my review of the first episode here.