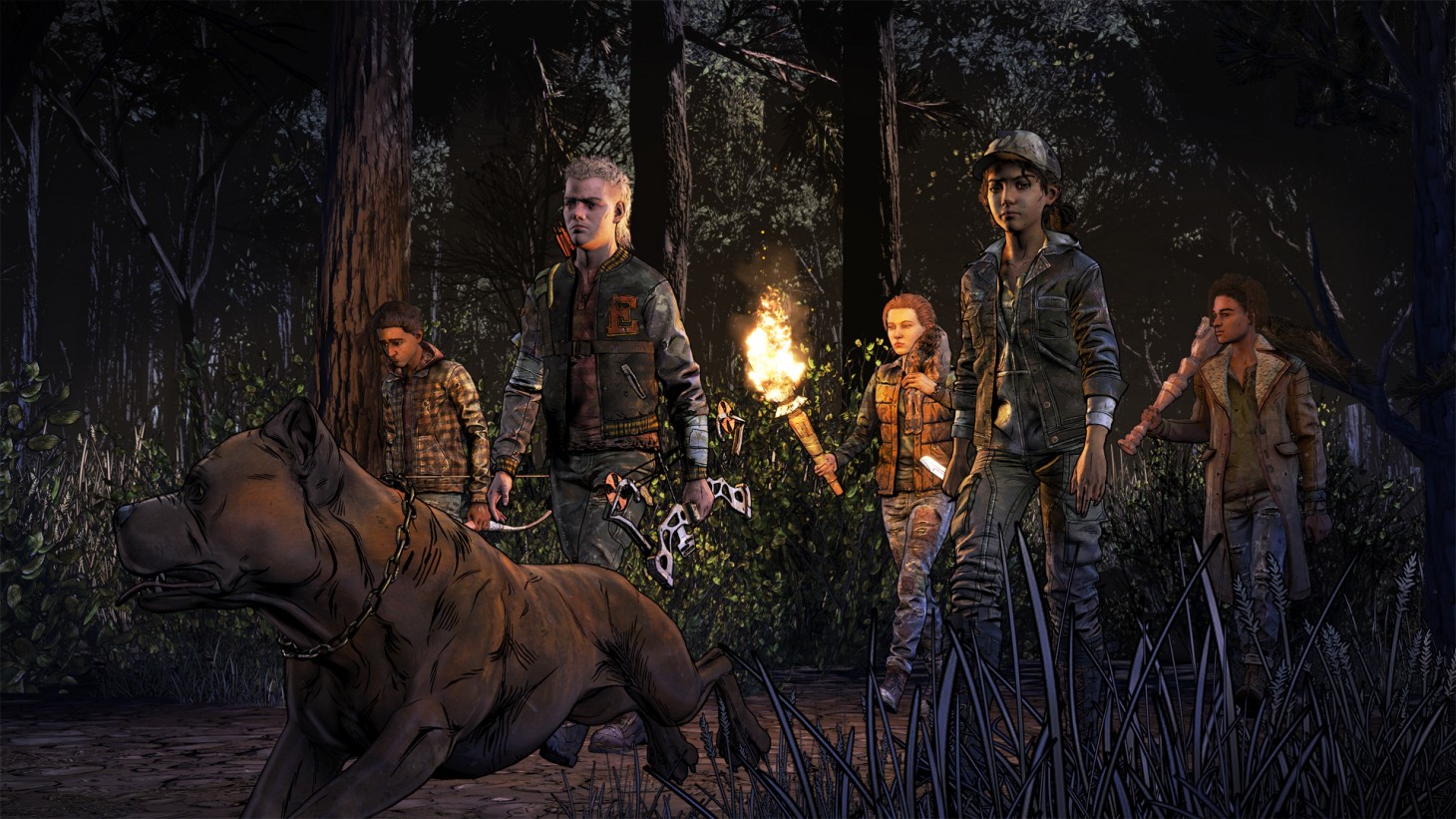 Update #4, 9/25: Telltale has posted an update on Twitter announcing it is currently investigating offers from "multiple potential partners" to finish episodes three and four of The Walking Dead's final season. "While we can't make any promises today, we are actively working towards a solution that will allow episodes 3 and 4 to be completed and released in some form," the company's statement says. "In the meantime, episode 2 will release tomorrow across all platforms as planned. We hope to have answers for your other questions soon."

Update #3: Telltale employees have suggested publicly and privately that the remaining employees are not working on The Walking Dead, as originally thought, but instead the Netflix deal for Minecraft Story Mode. USGamer has heard something similar from their sources.

If true, then The Walking Dead story that put Telltale on the map is doomed to go unfinished, two episodes short of its stated goal. It would also likely be the most prominent example of a season pass going unfulfilled, raising the question of what happens to people who purchased the full season, especially from a company that is seemingly filing for bankruptcy.

Update #2: Telltale has confirmed that they have reduced their staff from 250 employees to 25 to "fulfill the company's obligations to its board and partners."

Confirmation of the further announced projects and their status will be announced in the coming weeks. CEO Peter Hawley blamed poor sales as the primary reason for closure in the following statement.

Update: Sources tell us that all projects planned after The Walking Dead have been cancelled.

A number of Telltale Games' employees have posted on social media today indicating that they are looking for work, with many sharing both publicly and privately that Telltale has either closed its doors or is suffering its largest layoff so far.

We have reached out to Telltale for clarification, but did not receive anything back by the time of writing. It appears from the sheer number of developers that are seeking employment, however, that the company will have to make a public statement sooner rather than later.

Less than a year ago, the studio laid off over a quarter of its workforce under the auspices of a necessary restructuring plan while a drama-filled game of musical chairs for the company's leadership played out in the background. Telltale has been saying in the time since that they hope to focus on quality over quantity and released the first episode of the final season of The Walking Dead just a short while ago.

Telltale had announced several other projects that might not see the light of day now, such as The Wolf Among Us season 2, Stranger Things, and Game of Thrones season 2. A skeleton crew of 25 employees reportedly remain to finish The Walking Dead, but new projects are unlikely to continue after. The remaining 225 employees have been let go.

We will continue to monitor this story and update as it develops.