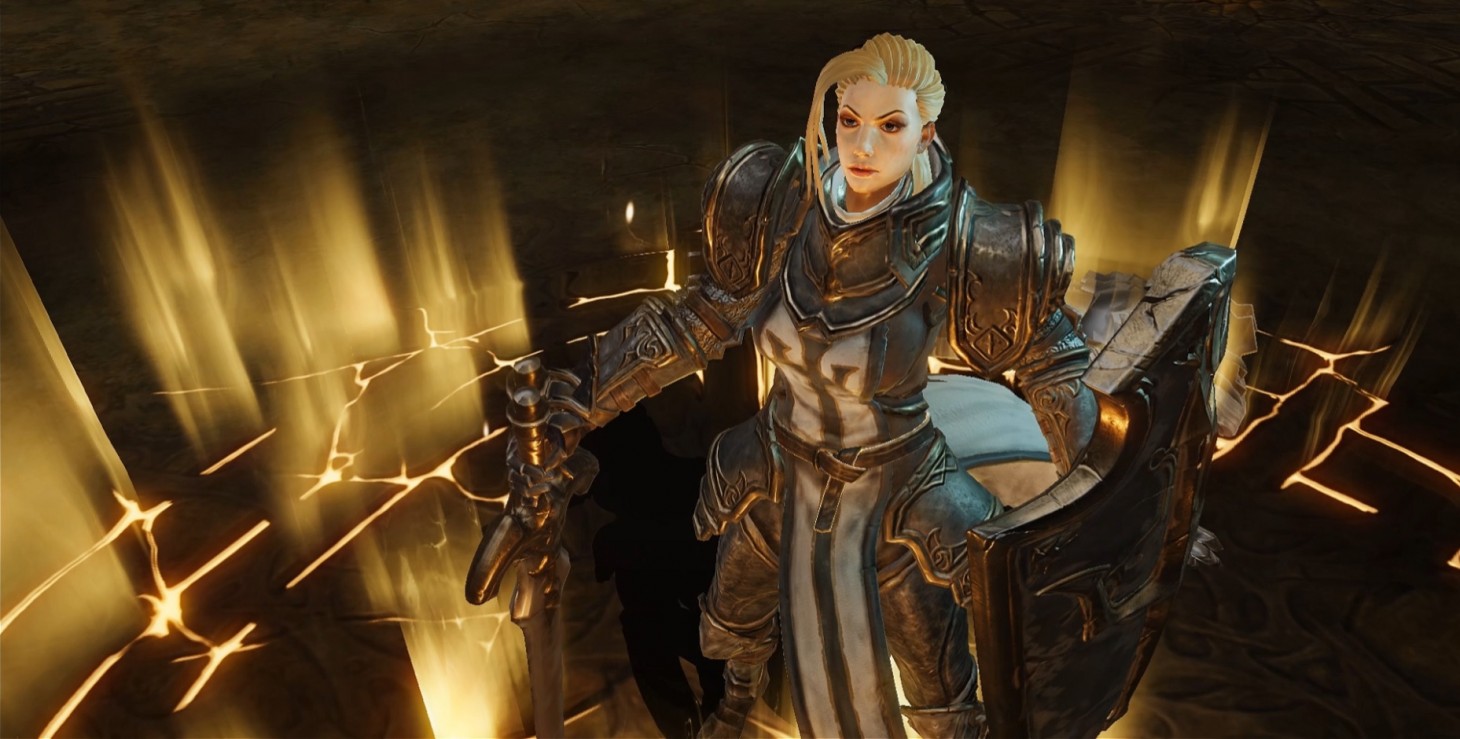 Original Story:
Last week, Blizzard's keynote speech at BlizzCon ended with Diablo Immortal, a mobile Diablo game made in collaboration with Chinese mobile developer NetEase. The announcement stung certain fans, many of whom got extremely upset at the new game, partly because it is the only announced Diablo project on the horizon. According to a report from Kotaku, however, Blizzard was debating whether to mention Diablo 4 is in development at the same time and ultimately decided against it.

According to Kotaku's sources, the original intention was to announce Diablo Immortal, then end on a video of Blizzard co-founder Allen Adham confirming Diablo 4's existence and saying that the game is still development and not yet ready to show. Instead, the show ended with the Immortal announcement, concluding the conference on somewhat of a low note for fans in attendance as they sat silently waiting for a "One More Thing" coda.

The timeline matches with a blog post from Blizzard a few weeks ago, where the company tried to clamp down on expectations by more or less saying Diablo 4 is coming, but won't be at the show in any form. It is possible that Blizzard thought that announcement served the same purpose as the video, but it hard to speculate on their reasoning for choosing not to announce Diablo 4.

The internet has produced an intense backlash to Diablo Immortal's announcement, which Blizzard confesses they did not expect, with some of the more vocal detractors openly wishing for the game to get cancelled. It is unknown if Blizzard announcing Diablo 4 at the same time would have mitigated the response, but companies have done similar things before. After the poor reaction to Metroid Prime: Federation Force, and the presumed death of classic Metroid, Nintendo seemingly tried to get ahead of the Metroid: Samus Returns announcement by showing Metroid Prime 4 first. Even though it was just a logo and title, fans were satiated by the Switch game announcement and did not feel burned by the Metroid 2 remake on 3DS.

For more about Diablo Immortal, you can watch our exclusive interview with lead designer Wyatt Cheng. Blizzard also announced Warcraft III: Reforged last week, which is our December cover, and you can learn more about here.

Update:
In a follow-up comment made to Kotaku, Blizzard says it didn't pull anything from its show. "We generally don’t comment on rumors or speculation, but we can say that we didn’t pull any announcements from BlizzCon this year or have plans for other announcements," a Blizzard representative wrote. The developer didn't comment on whether or not Diablo 4 is indeed in the works, but did say that its studio is working on multiple "unannounced Diablo projects."

I don't envy the people that made that decision today. I can understand the desire to keep from announcing something still in flux, but a logo would have probably been fine, or even just acknowledgment. Whether it's for better or worse, fans feel a sense of ownership of series they love, and it has to be acknowledged from a marketing perspective even if you don't agree with it.
On
On
Off
Off