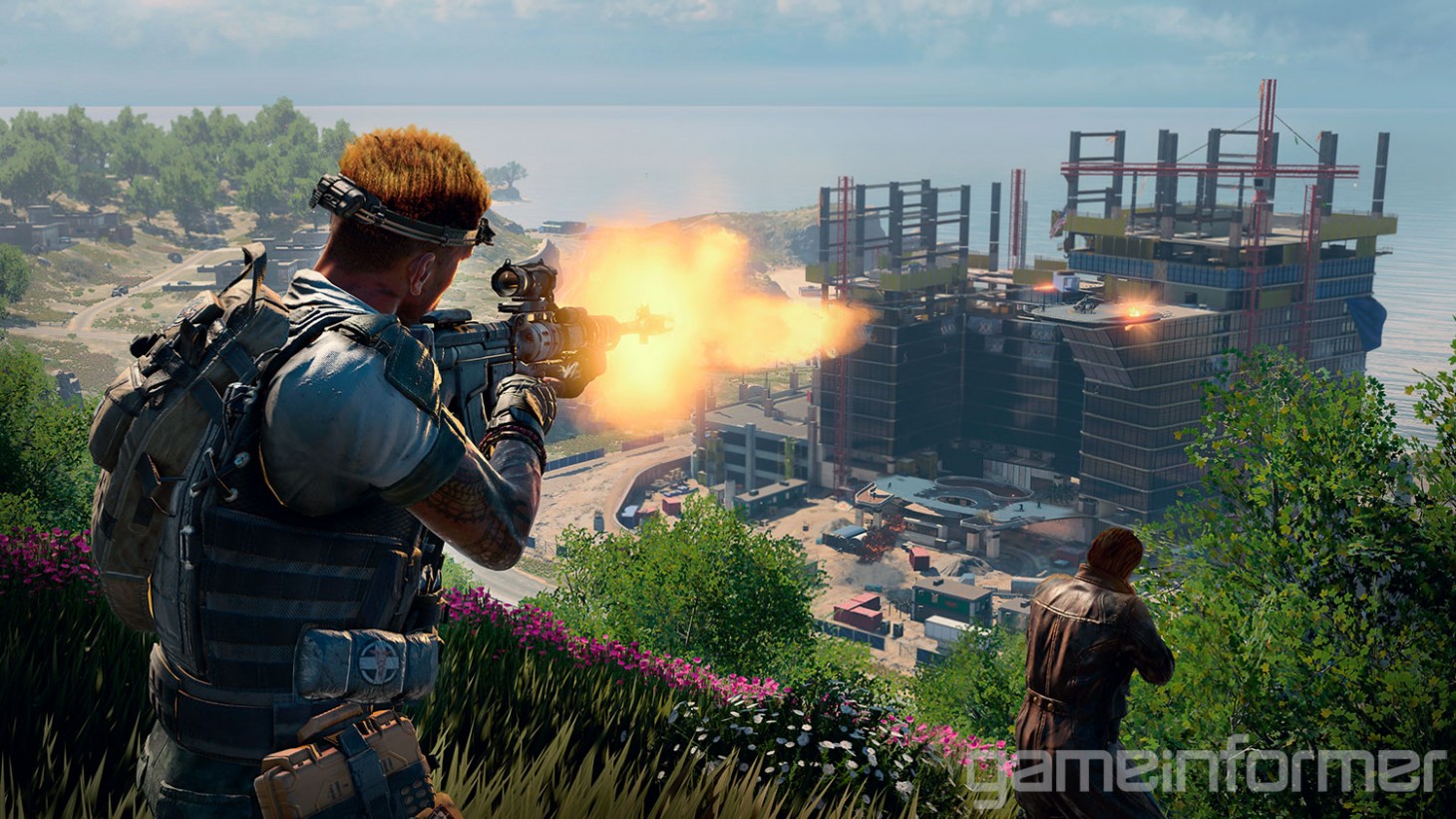 We recently had the chance to take a trip to Treyarch to be the world’s first people outside of the studio to play Call of Duty’s take on battle royale, Blackout. Before we got our hands on some controllers, co-studio head Dan Bunting and Studio Design Director David Vonderhaar talked to us for more than an hour about the mode’s biggest points, explaining how it pays tribute to the Black Ops universe, how vehicles work, and the burning question that most people are curious about: just how many people are squaring off in a single Blackout match?

The answer? 80. During the beta anyway. Things could change for retail or post-retail launch. Bunting admits that though Treyarch had tested internally with 100 players, the studio is putting the quality of gameplay first over hitting an arbitrary number. “What’s really more important to us than a number is that the gameplay experience is as refined as it can be, that’s it the ideal perfect format for what players are going to play,” he says. “So we’re starting with 80 players, but we’ve gone higher than that. Whenever we launch a game as a beta or whatever, that’s the beginning of something. We’re going to actively be participating in the community and taking feedback, making changes and adapting, evolving the game as feedback rolls in. So there’s a lot that can go on that can happen beyond that first impact of the game going out there.”

So there you have it: Blackout will be 20 players lighter than the other two juggernauts on the field during the beta (and possibly retail launch), but Treyarch’s reasons are compelling. The fact Bunting says it won’t necessarily stay at 80 depending on player feedback seems like a shrewd move for courting what will likely be a vocal community.

For more on Blackout, be sure to check out how zombies are included in the mode, the list of the vehicles you can ride in the game and stay tuned in for the rest of the month as we dissect our impressions of Call of Duty’s battle royale contender as well as the evolution of its Zombies mode.