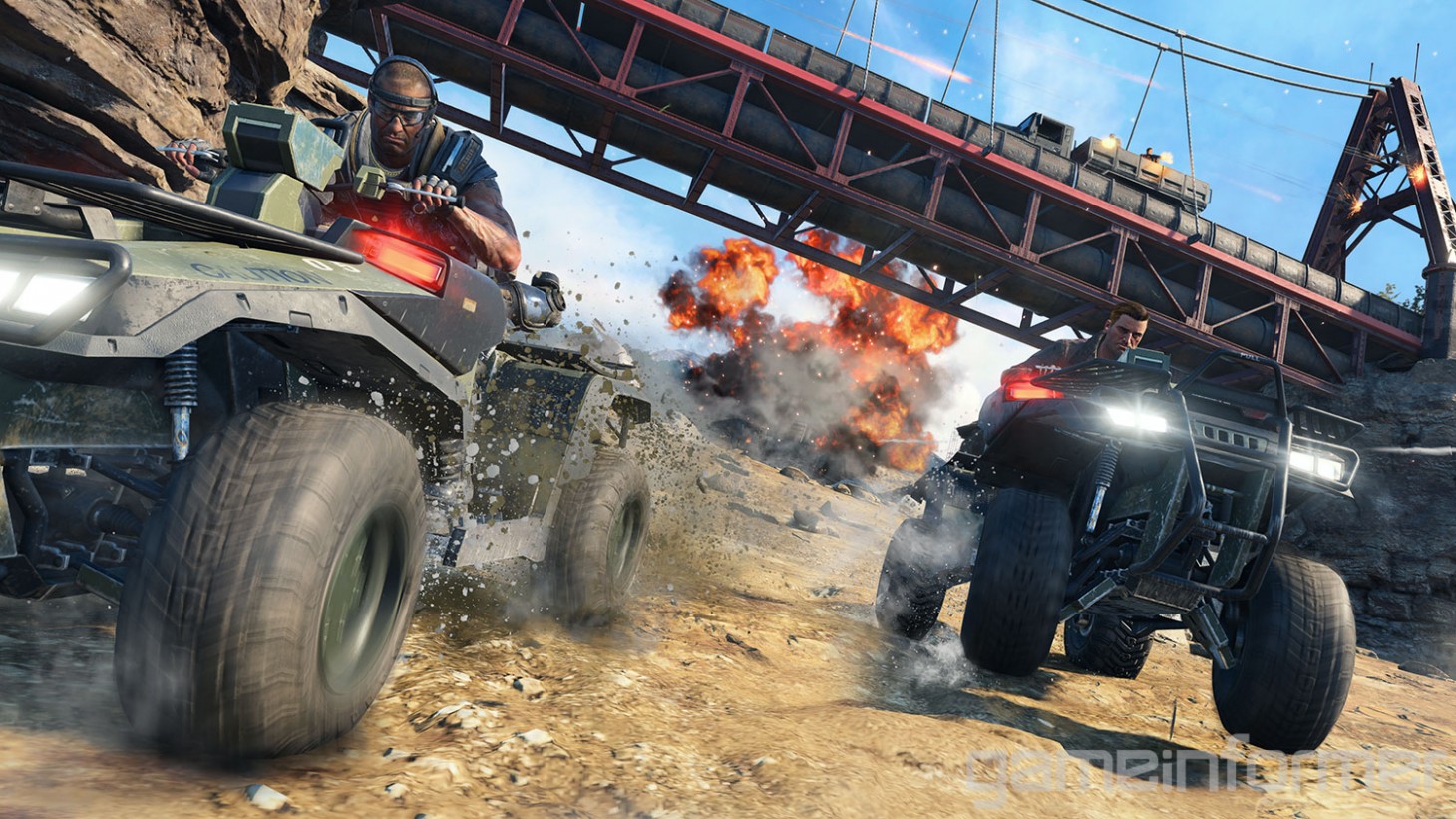 Vehicles aren’t usually something that come to mind when you think of Call of Duty outside of a few tank or drone sections. However, they’re a big part of the series’ take on battle royale, Blackout.  Here are the vehicles you’ll be able to use on the map in the upcoming beta and at launch.

In the days to come, we’ll have our impressions of what it’s like to use the vehicles in a match (as well as be victims of them) and strategies on how to use them, and whether or not we might expect more vehicles after the game’s release. Until then, you can read about how zombies are coming to Blackout and about how the player count for the game may change after release. Keep an eye out for our exclusive coverage of Blackout and the evolution of Call of Duty's zombies mode in the month to come.