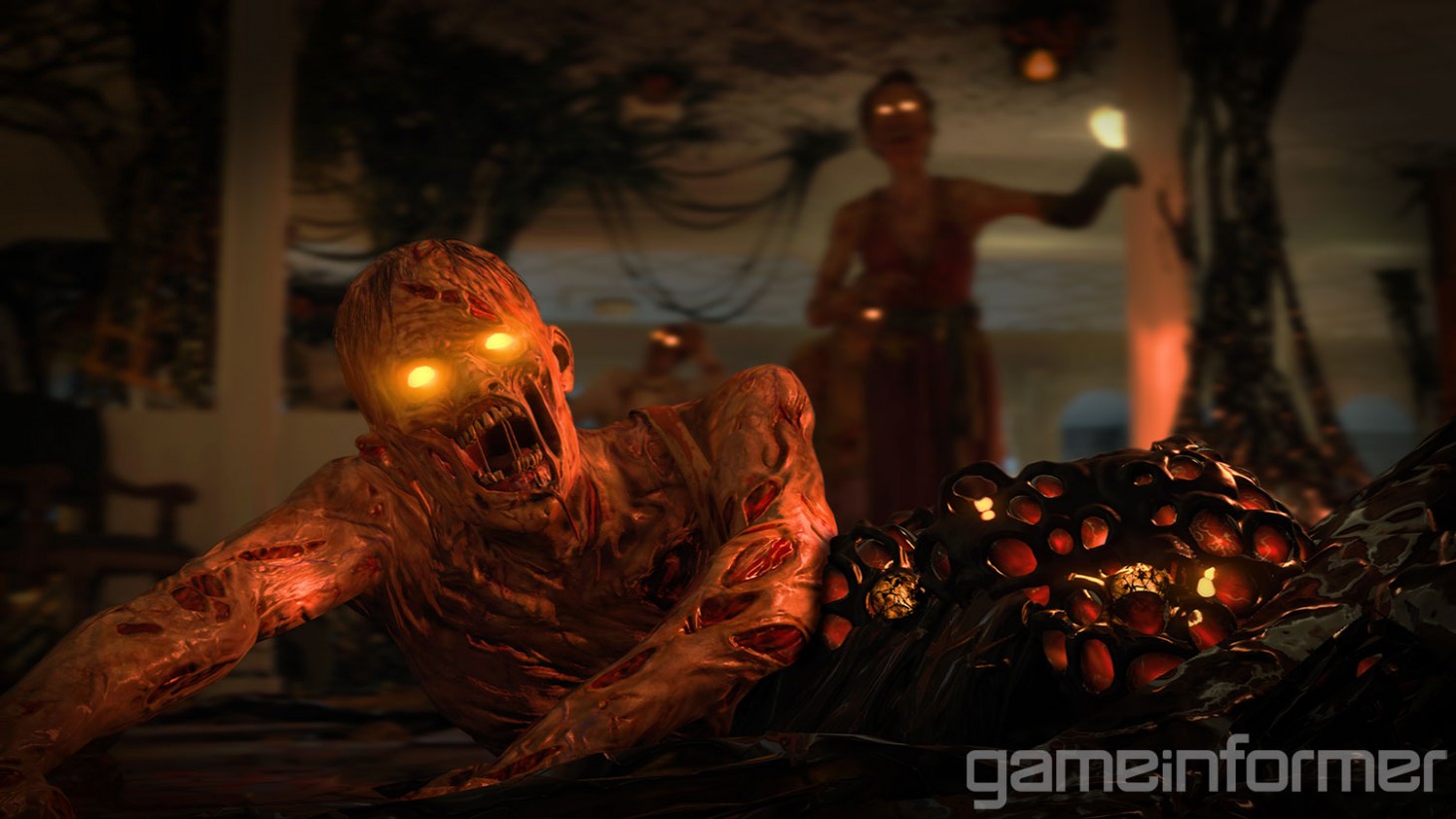 In one of several attempts to differentiate itself from the other battle royales out there, Black Ops puts its best, most rotting foot forward. As a whole, Blackout draws from Black Ops’ history, letting you play as characters from the franchise and having several locations and multiplayer maps from Black Ops turned into locations on the map (like fan-favorite Nuketown being turned into Nuketown Island). However, the most immediately noticeable detail is that Blackout features A.I.-controlled undead foes designed to introduce even more chaos into this hectic free-for-all.

If you’ve played any of the zombie modes in the previous Black Ops games, you probably have a wave-based defense game in mind. However, Blackout’s zombies, and how they fit into battle royale, are a bit different from the traditional mode. In the days to come, we’ll break down how the undead figure into Blackout, and how they can be both a pest and a boon to your efforts to be the best warrior on the battlefield.

For more on Blackout, check out what vehicles you can ride, the amount of players you’ll be squaring off against, and be sure to stay tuned for the rest of the month as we dissect our impressions of Call of Duty’s battle royale contender as well as the evolution of its Zombies mode.