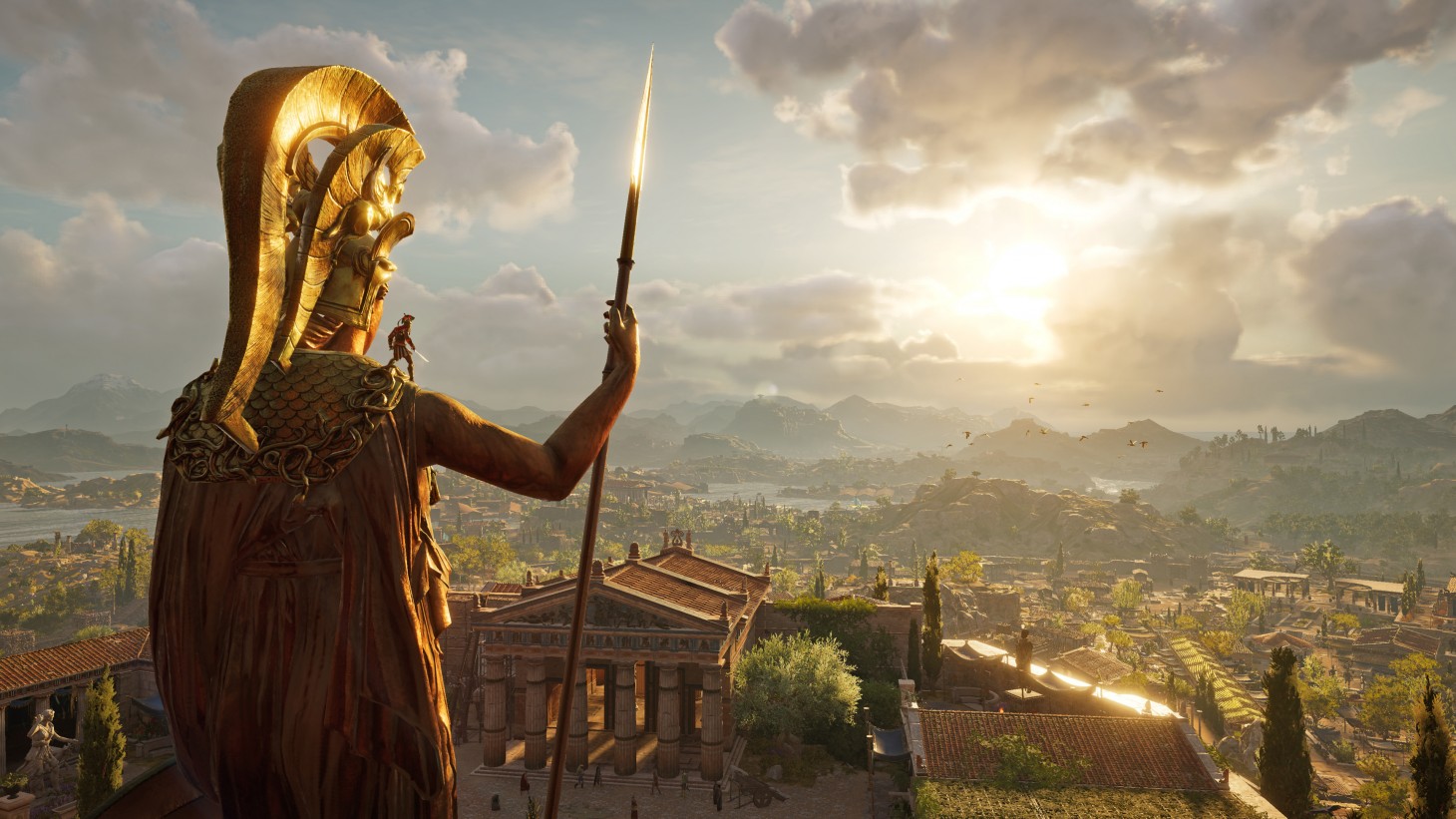 Four Questions You Should Be Asking About Assassin's Creed Odyssey

If you’re excited for Assassin’s Creed Odyssey, the last month has been a treasure trove of information. We’ve done deep dives on the mercenary system, the progression, building your crew, and more. But even with all of the available details, a few major points remain foggy. The team at Ubisoft Quebec is still keeping some secrets, but if you want to get closer to solving those mysteries, here are a handful of questions (and some not-too-revealing answers) to point you in the right direction.

When you choose one character, what happens to the other?

At the beginning of Odyssey, you select whether you want to control Alexios or Kassandra. But are they just two sides of the same coin, or two separate coins altogether? If you choose one, does the other still exist somewhere in the world? We didn’t get a direct answer to that question during our time at the studio, which indicates that the topic might be complicated.

Even without concrete details, we heard a description of Odyssey’s story setup that could be hinting at the fate of the unselected hero. “You’re on Kephallonia and it’s where you are informed that some member of your family is still alive, and you get a contract to kill them,” game director Scott Phillips says. “You’re thrown immediately into, ‘Ooh, do I remember that person as a bad person? Did they do something bad to me? Do I need to reunite with my family?’ We immediately put you into a dramatic scenario into how do I want my character to perceive these events in my past. You go from there, and that leads to the next thing, which just keeps expanding.”

How do primary assassinations work?

Considering the series’ name, no one should be surprised that assassinations are a big part of the Assassin’s Creed formula. Back in 2015, Assassin’s Creed Syndicate implemented a satisfying approach to taking down your key targets, giving them specialized setpiece kills. These often took more work than the traditional methods, but the reward was a unique and intricate scenario crafted for each individual on your hit list.

In Origins, assassinations happened more organically, playing off the environment and interactions between the people (and animals) nearby. This allowed for plenty of fun and improvised situations, but didn’t have the same deliberately crafted feel. We don’t know much yet about the actual targets you’re taking down in Odyssey, but if you look at these two approaches to assassination as two ends of a spectrum, where does Odyssey fall?

“It’s not going to be the Syndicate-style, ‘We spent hundreds of hours to build this one giant setup for one target,’” Phillips says. “They’re going to use setups that we have built for those sorts of things, but it’s not going to be exclusive to them. We’ve tried to make sure that [the targets] are active within the world and also are in interesting locations when you do those assassinations, but I would look at it as an upgrade of Origins rather than a return to Syndicate.”

What’s going on in the modern-day story arc?

For some players, Assassin’s Creed is all about historical characters and settings. For others, the modern-day struggle between Assassins and Templars is an intriguing diversion. Different games have balanced these threads in different ways; Origins went back to the original approach of giving players a named character, Layla Hassan, to control during brief sequences outside of the animus. Near the end of that game, Layla met with William Miles (father of Desmond Miles). Odyssey is continuing that arc.

“We’re taking Layla’s story further, as to who she is and who she becomes,” says creative director Jonathan Dumont. “We have some surprises in that story as well. The goal was to give you a little bit more exploration with her ... It’s not a modern-day game, where we have 20 hours of modern day – that’s not it. But it occupies a larger spot than we had in Origins and it’s more interactive and she goes places.”

Considering the significance of the First Civilization in Odyssey (the spear your character uses is a First Civilization artifact), this creates plenty of potential to connect the events of the past to the current state of the world – especially with regard to figures like Juno and Minerva.

Juno, Minerva, and Jupiter could play roles in the past and present timelines

Does Odyssey’s story connect to the Assassins and Templars?

Origins detailed the beginning of the Assassin Brotherhood. Odyssey takes place before that, but when we asked if this was the Templar origin story in our rapid-fire interview, we got a “no comment.” That isn’t necessarily significant; after all, any answer to that question – yes or no – could be a spoiler. So, with those connections up in the air, why is this game called “Assassin’s Creed”? How is it related to other installments?

“We tie ourselves to things from our brand,” says Dumont. “We tie ourselves to the First Civilization, so we have an artifact that you wield. We have a continuation of the present day. As far as it goes from Alexios’ point of view and Kassandra’s point of view, it is a battle between order and chaos. There are factions that embody some of these things, but are they Templar per se? We’ll see. I don’t want to talk too much about it, but at the essence of it, the conflict between order and freedom, there is that for you.”

We’ll have more solid answers to all of these questions on October 5 when Assassin’s Creed Odyssey releases on PS4, Xbox One, and PC. In the meantime, click the banner below to visit our coverage hub for more Odyssey-focused features.