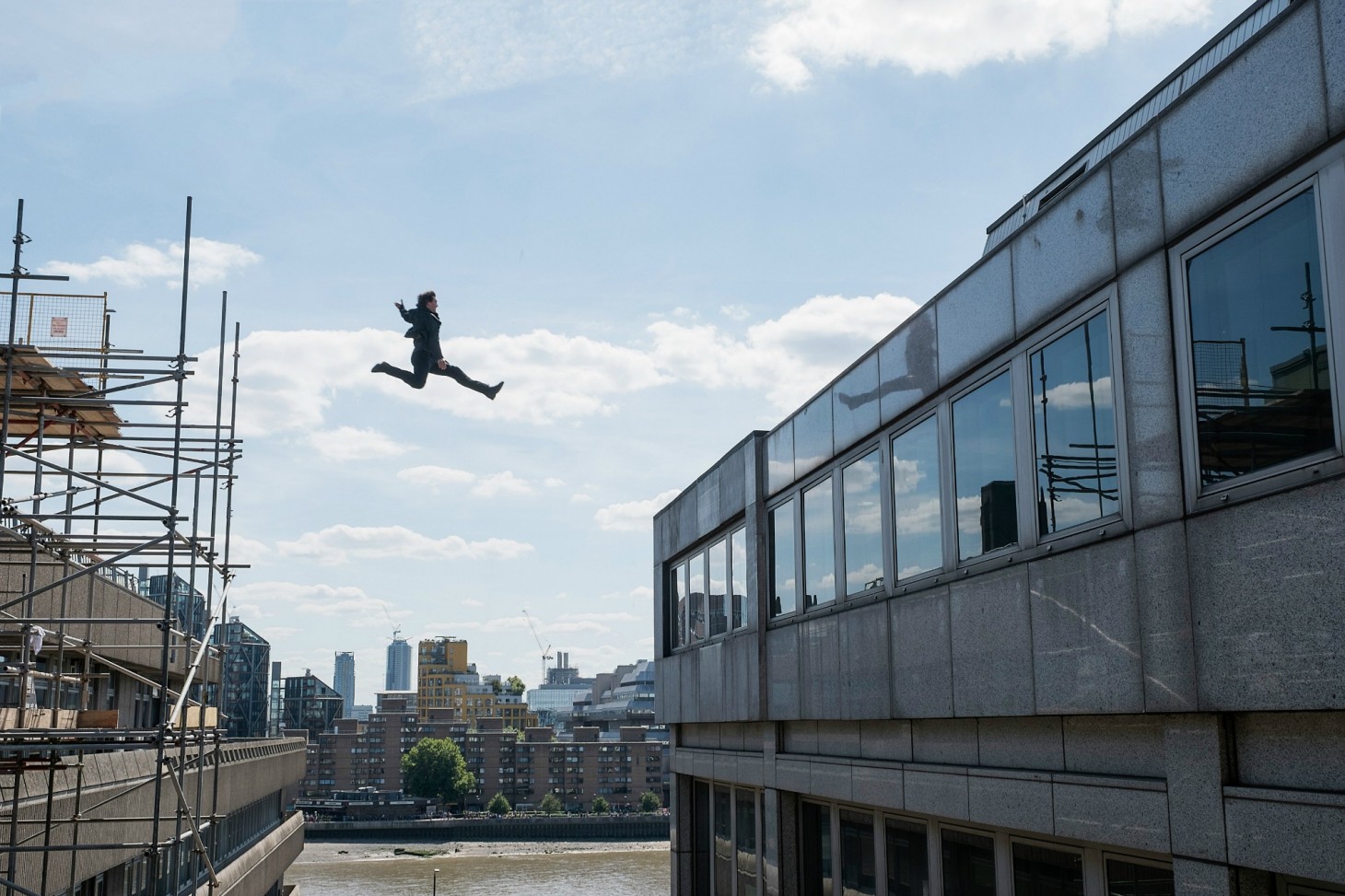 Weekend Warrior – Your Mission, If You Choose To Accept It

This weekend sees us Overwatching, Octopathing, and wrestling with the fact that Tom Cruise is a legitimate superhuman.

Jeff Marchiafava (@GIJeffM) – I spent a number of hours this week putting together a working load order of mods for Skyrim Special Edition, and this weekend I’m hoping to give the game a second play. I never actually beat the game last generation, and instead spent about 50 hours roaming from town to town stealing everything that wasn’t nailed down while ignoring any and all scripted missions. I have no reason to believe my second attempt will be any different.

Kyle Hilliard (@KyleMHilliard) – I was able to get into an early screening for Teen Titans Go To The Movies on Tuesday, but I have plans to see it again on Saturday, and there might even be a third viewing in the works depending on sibling schedules. I really enjoyed it, but the main reason I have so many viewings lined up is because it’s my kid’s favorite show and she wants to make sure and see it with as many friends and aunts and uncles as possible. Thankfully, it’s very funny, so I don’t mind going a few times. Other plans include potential mini golf, playing more Witcher 3, playing more Mega Man X Collection, getting a cracked iPhone screen fixed (yay!) and doing some laundry.

Jacob Geller (@yacobg42) – I'm still riding high off an IMAX showing of the new Mission Impossible. In an effort to keep that going, I'm taking a trip to Valley Fair, a local Six Flags-of-sorts. My hope is that I'll emerge with Henry Cavill's mustache or Tom Cruise's agelessness. If not, I'd settle for some fried cheese on a stick.

Brian Shea (@BrianPShea) – I’m not loving Wrecking Ball in Overwatch right now, so while I’ll still be playing it over the weekend, it probably won’t take up as much of my time as it has over the past two years. I’m also in kind of a lull in Pokémon Go, and you can only play Marvel Strike Force for so long before you run out of energy or resources. So I guess that leaves me with a serious problem. What am I meant to play this weekend? Should I take this opportunity to finally play Nier: Automata, or maybe Prey? What if I expanded my horizons and tried something I never thought I would like? What if I redefined my tastes and became a better person for it? Could I grow as a human being?
…
Screw it. I’m going to keep playing Octopath Traveler and probably end up going through Sonic Mania again or something.

Javy Gwaltney – I'm going to be playing gang beasts, banner saga, and watching Seven Samurai throughout the weekend. It's gonna be fun.

Ben Hanson (@yozetty) – This weekend I’m going to be camping with some friends, but I did consider bringing WarioWare Gold on 3DS along… Alright, maybe I’ll just settle for a nice book. Have a good weekend!

Jeff Cork – Count me among the people who are returning to No Man’s Sky after the Next update. I completely understand why it didn’t click with some people, but I really find the mining and exploration a really relaxing experience. Plus, it’s a great way to keep busy while I catch up with a bunch of podcasts. And, as always, there’s Overwatch.