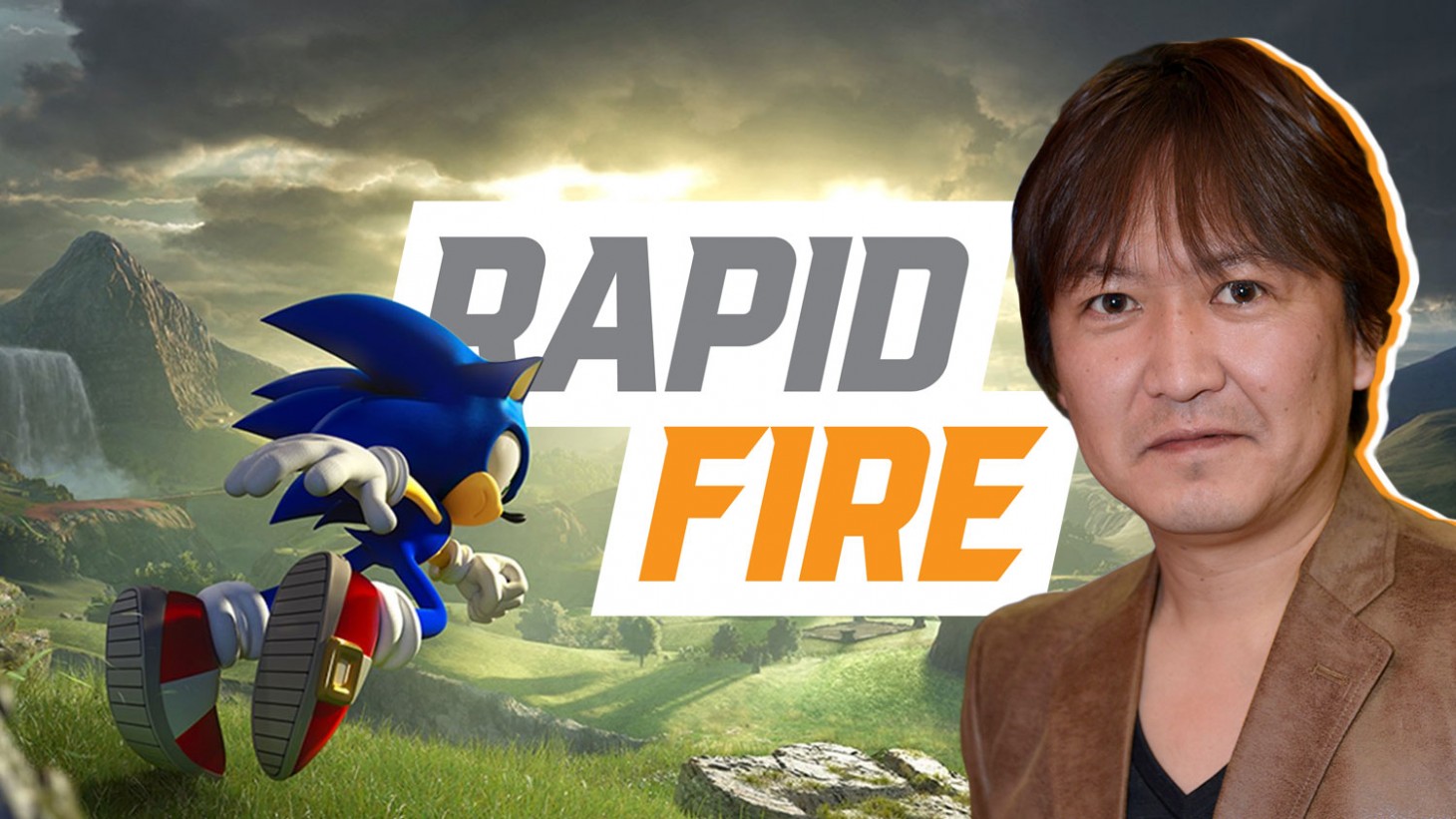 Sonic Frontiers is Game Informer's latest cover story, and what's a good cover story without a Rapid-Fire interview? Join us as we sit down with industry legend Takashi Iizuka, Sonic Team creative officer, and ask him 123 burning questions about The Blue Blur's next big adventure, all in beautiful 4K!

Who better to lead today's interview than one of GI's biggest Sonic fans? Join Brian Shea as he sits down with Iikuza to chat about what fans can expect from Sonic Frontiers. They discuss what characters will appear in the upcoming title, the difference between open-world and open-zone, and so much more.

Iizuka isn't just versed in the future of one of gaming's icons, though. He's also here to talk about his favorite titles of all time, comment on the beef between Sonic and Mario, and expound upon the fact that he didn't actually know his hedgehog was going to appear in a recent Disney movie. What other secrets does the Sonic Team creative officer have up his sleeves? You'll just have to watch the latest Rapid-Fire to find out!

Do you want to learn more about Sonic Frontiers ahead of its 2022 release for PlayStation 5, Xbox Series X/S, PlayStation 4, Xbox One, Switch, and PC? Game Informer has you covered as we're bringing you plenty of articles and videos featuring one of the year's biggest games. Be sure to check out Marcus Stewart's hands-on impressions from Summer Game Fest, his breakdown of Cyber Space, and our preview of the game from a recent episode of The Game Informer Show! If you're hungry for more Rapid-Fire interviews, be sure to head over to our curated YouTube playlist to check out our chats with Glen Schofield on The Callisto Protocol, Bruce Campbell on Evil Dead: The Game, and so much more! Thanks, as always, for watching.