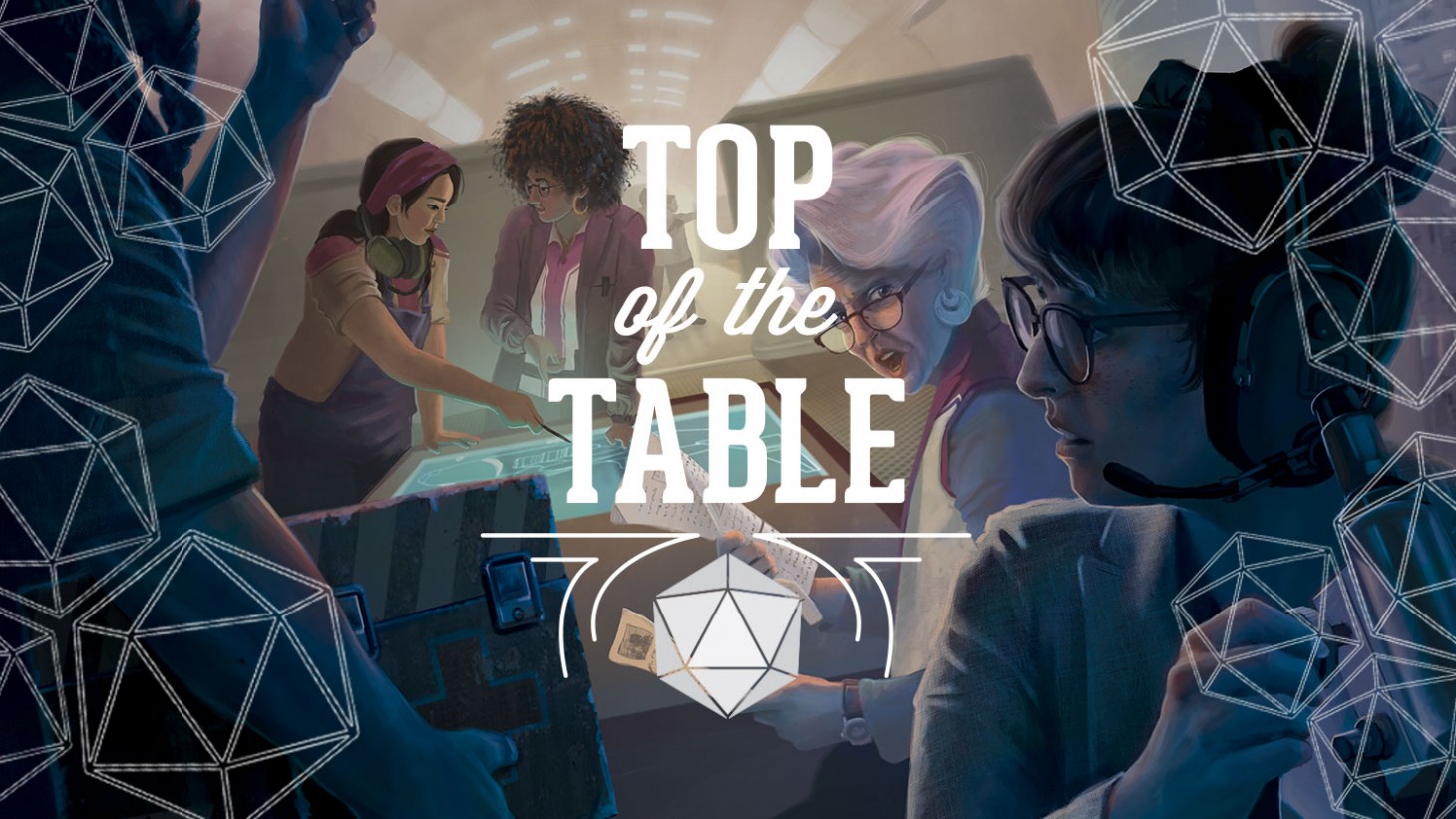 Hidden away in the array of modern board games is a subset of titles focused on real-time countdowns. It can be a contentious design decision, since it has the potential to subtract from the relaxed and conversational vibe typically engendered so well by a fun board game night. Nonetheless, some games manage to get it right, by keeping the action moving fast, the rules simple, and the game lengths limited. I’m happy to report that Pandemic: Rapid Response fits comfortably into the category of fun real-time games, and it’s a release that deserves your attention.

Pandemic is one of the most familiar games in the hobby scene. By focusing on cooperation between players, and an identifiable theme about staving off worldwide disease, the game has long been heralded as one of the great “gateway” games for inviting new players into the tabletop hobby. The original Pandemic release has inspired a host of follow-ups, including an excellent legacy variation and one of my personal favorites, a twist on the concept set in ancient Rome. Pandemic: Rapid Response maintains the cooperative playstyle, as well as the focus on a team of specialists leveraging their skills to save human life, but the core play loop is entirely new. 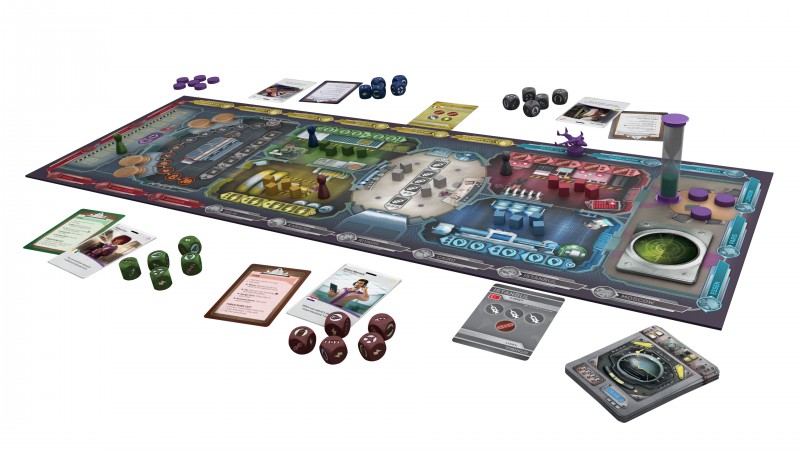 The game board depicts the interior of a high-tech plane

In response to rampant natural disasters sweeping the world, an international effort has led to the creation of the Crisis Response Unit, a team of scientists with the tools to quickly deploy and bring relief supplies where they’re needed around the world. Rather than a large map of the world (as we might expect in another Pandemic game), Rapid Response’s board is the interior of the high-tech plane on which the CRU must prep their aid. By managing your time to the last second, you must deliver first aid, vaccines, water, and other lifesaving supplies to places like Johannesburg, Moscow, London, Tokyo, or Atlanta. Even as you make that essential food drop, another city has already been hit, and it’s time to rush on to the next calamity.

Gameplay is all about throwing a pool of dice, and carefully (but quickly) selecting which results to use, and how. Your die results dictate every action you can take, so you need to be smart about how each is deployed on your turn. You get a couple of optional re-rolls on each turn, but at the end of your rolling, you have to work with what you have. Do you have enough “food” die results to create a food supply crate needed in Bogotá, or are you already working ahead for the next stop in Bangkok, where they’re in desperate need of power generators? You must also expend die results to move about the plane to other rooms, to fly the plane to a new location, or even to make the cargo drop once you’ve reached the designated city. All the while, you must manage the limited resources available on board the plane, so a dedicated recycling center must be constantly attended to, transferring waste into usable raw materials to continue the fight.

I really enjoy the dynamic choices the system creates, especially since you’re working in concert with all the other players at the table. One of you may be playing the Flight Planner role, so you’re better suited to maximizing the distance flown to new destinations. If you’re the Analyst, you get extra die rerolls on your turn, ensuring you can pull out those clutch results when they’re needed most. Each role brings something different to the table, and if you don’t take advantage of each character’s skill set, it’s very hard to win. Constant frenzied table talk is required, as each of you divvy up the necessary tasks and figure out how you can best help the effort. It’s fun and frantic.

The real trick is this whole thing is happening as an inconvenient two-minute sand timer is running down in front of you. All your rerolling, recycling, action selection, moving around the plane, and jetting off to new cities is happening as the sand drips away, and it’s remarkable how fast those two minutes disappear. Even as you finish your turn, the next player around the circle is feverishly waiting to throw their dice down and keep things moving. When the timer runs out, the current player’s active turn pauses, and a new city is struck by a natural disaster, and the whole team loses one of its precious time tokens. Run out of time tokens, or let the waste aboard the ship get to toxic levels, and it’s game over. 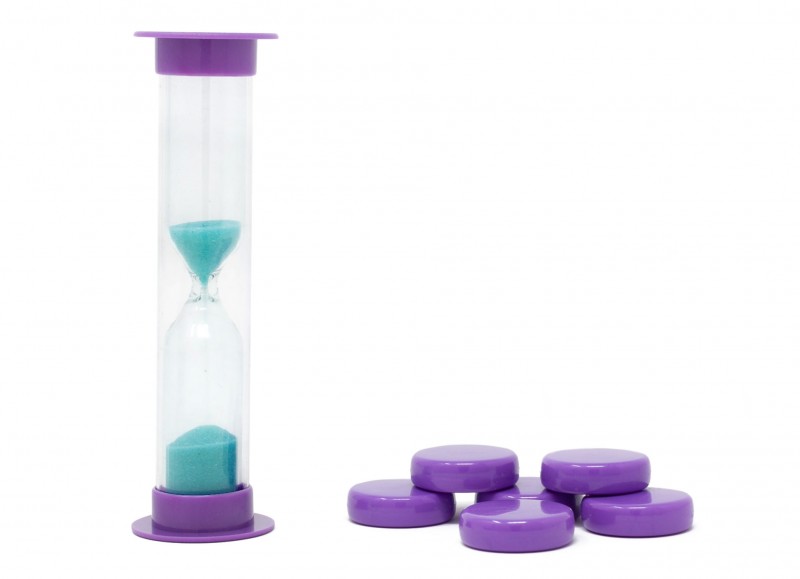 Here’s the thing you need to know; Pandemic: Rapid Response is a game that’s easy to grasp, but it is hard to win. The game includes multiple difficulty settings, and after playing with multiple group configurations, even the easy and normal difficulty settings can be really tricky. There are even “crisis cards” like Extreme Winds and Supply Spill that can be used to further complicate matters. Inevitably, players end up working at cross purposes, sending the plane off in one direction when another player has plans to fulfill the needs of a city in the other direction. You’ve got a skill that would make recycling a breeze, but someone else wastes their turn tackling that task, rather than filling up on those first aid cubes that Ryadh so desperately needs. The fun lies in the constant tension, as you wait to see the next city card, how far away it is from your current location, and whether you have the supplies built up that you’ll need. There are absolutely times when all hope seems lost, and the last supply drop happens literally moments before the timer runs out.

I’ll be the first to acknowledge that this type of stress isn’t going to be the right fit for every player group. Everyone needs to be in the right mood, and ready to laugh off the failures as quickly as celebrate the narrow victories. Thankfully, a full game of Pandemic: Rapid Response can be completed in about 20 minutes – much longer and it would be more exhausting than enjoyable. And unlike some games, if you’re playing it right, that limit is fairly well locked in by the very nature of the gameplay. So even if it ratchets up the tension a bit, you’re not going to be sweating bullets all night. For my part, I find it’s a great pick to pull out in the space between two larger and more slowly paced games over a long weekend of gaming; everyone gets their attention refocused, and then they’re ready for something new. 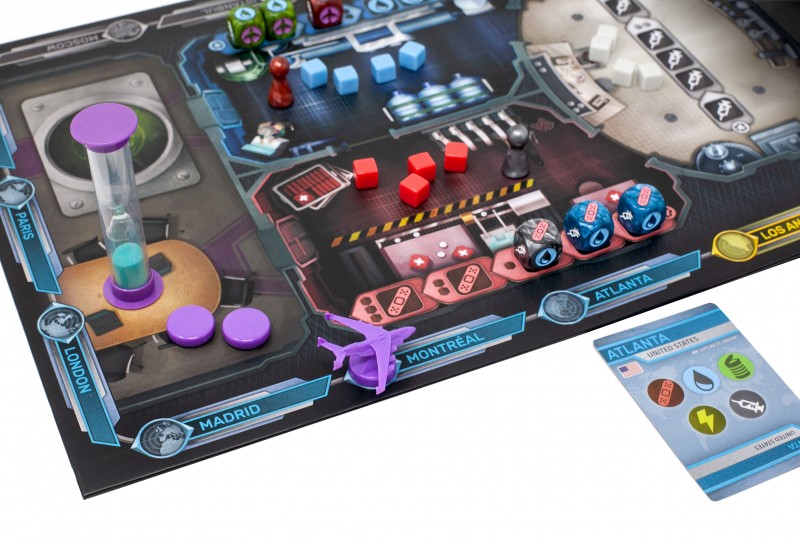 By banking particular die results, you create supply cubes that can be used to save the inhabitants of a disaster-ridden city

As an aside, I also have to give props to Z-Man Games and designer Kane Klenko for the clever theming at play here. Without any explicit reference to the concept, Rapid Response feels like a game that is all about climate change. The accelerating pace of natural disasters, the focus on recycling and waste management, the fundamental idea of a doomsday timer that is ticking down, and even the looming sense that there’s no chance to win – it all reads contextually as a not-so-subtle take on the current state of humans and their environment, and it’s fascinating to see a board game try to explore the concept from such an unusual angle.

Even with the change in tone imposed by the time limit, Rapid Response still has that appealing Pandemic vibe that made the original game so appealing. There’s a thrill in working as a team and pulling off the world-saving action that makes the table cheer. And the new city card draws emulate that same unexpected event of new disease cubes that go out in the original Pandemic. Like the original, Rapid Response celebrates teamwork and a diverse selection of talents, and it’s exciting when everything comes together for a narrow victory.

Whether this new take on Pandemic sounds like a good fit or not for your gaming group, feel free to explore the Top of the Table hub by clicking into the banner below, where you’ll find a ton of other recommended board, card, miniature, and role-playing games. And if you can’t find what you’re looking for, drop me an email and let me know what you’re looking for.