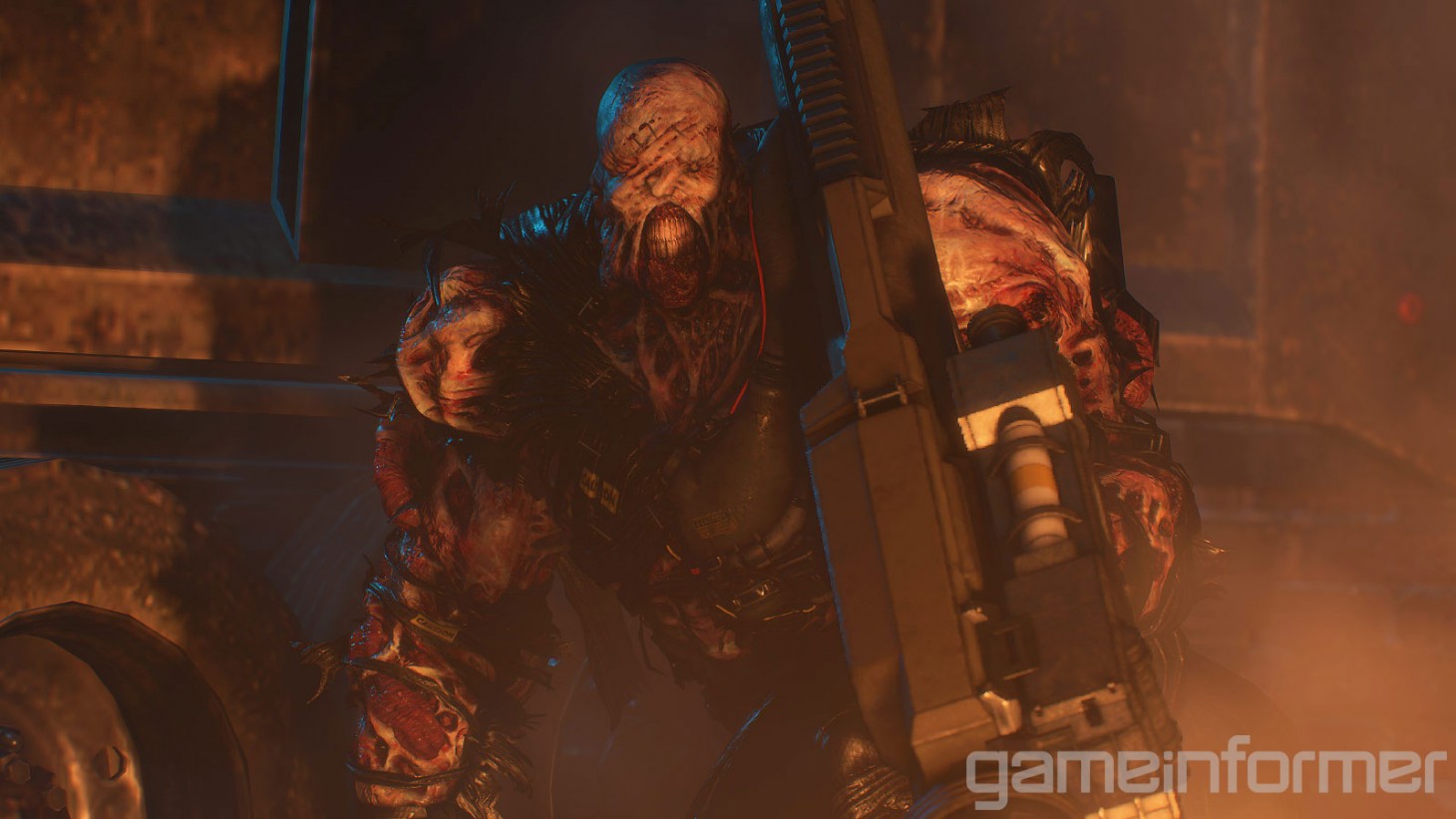 How To Deal With Resident Evil 3's Nemesis The Easy Way

Resident Evil 3's Nemesis is an imposing force who stubbornly chases you throughout your entire playthrough. He's also harder to avoid than Resident Evil 2's Mr. X, so if you're having trouble with Nemesis in the early game try taking him down with grenades. A well-placed grenade will take Nemesis out of the fight for a short time. As an added bonus, Nemesis drops weapons upgrades and other high-powered artillery when you stun him.

In short, always keep a grenade on hand in case of a Nemesis sighting. If you're out of grenades or don't have one in your inventory, keep an eye open for interactive environmentals, such as exploding barrels or electrical boxes, which can help buy you enough time to run to the nearest safe room. Naturally, grenades aren't the easy solution during end-boss encounters, but they still deal massive damage, so don't waste them on puny zombies. Save that firepower for the big guy. Read our full review of Resident Evil 3 here.