7 Things I Wish I Knew Before Starting Mega Man 11

Mega Man 11 is a tough game, and that’s part of its charm. Despite the appearance of its bubbly protagonist and his Saturday morning cartoon story, the Mega Man series has never been for the faint of heart. The 11th entry in the mainline series maintains that legacy.

Mega Man 11 is not an impossible game, however. You can defeat Dr. Wily, and we want to help you pull off that feat. Here are a few tips to get you started that will hopefully improve your experience and give you an edge.

In Mega Man 11, you collect bolts, a currency that can be exchanged for lives, items that prevent one-hit-kills, and valuable permanent upgrades. When you die, you get to keep all your collected bolts, which means that even if you find yourself playing the same level over and over, you will still make progress. You can even exploit the system by visiting Block Man’s stage, which features a valuable, easy-to-reach bolt right near its start. Just use R. Coil to grab the bolt and die, or leave the level. Repeat. In ten minutes, you’ll have more bolts than you need.

This is less a Mega Man 11 tip and more a general video games tip, but make sure to check the settings on your TV. Turn on “game” mode if that’s an option, or make sure you turn off any setting that might create lag, such as any reduction or smoothness settings. Mega Man 11 relies on twitch responses, so the more lag you can reduce, the better you will be at taking on Wiley’s forces. 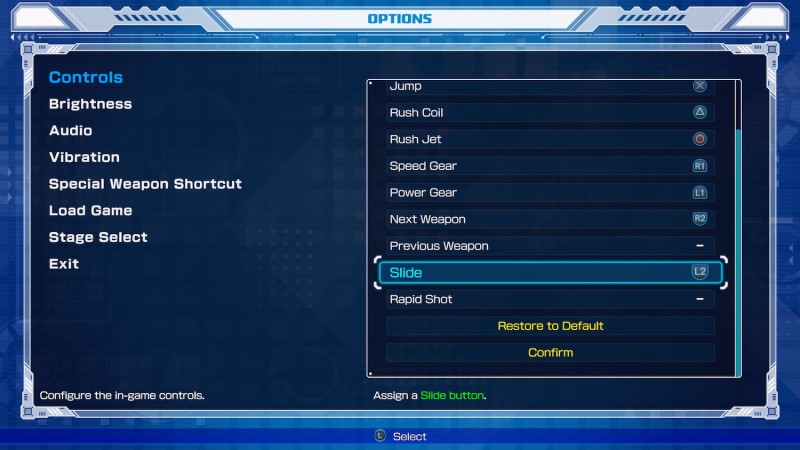 Mega Man can’t dash as well or as quickly as his cousin X, but he has a slide move that is very similar. The default setting for slide is down and jump, but you can remap the move to the left or right trigger (or any button you wish). Having this dash on a trigger makes you more agile and is a godsend for many bosses. This setup limits the functionality of being able to cycle through weapons with the shoulder buttons, but that’s okay because you should use the right control stick anyway. Speaking of which… 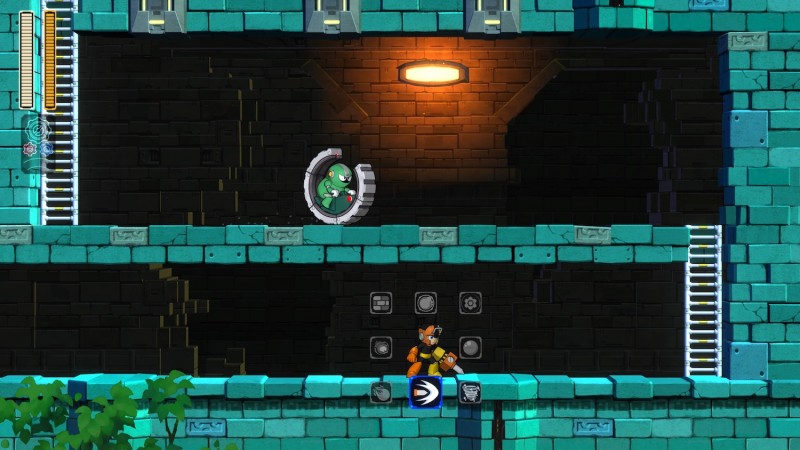 The Quick-Select Wheel Is Your Friend

Pausing or using the triggers are fine, but the best way to quickly select a weapon is with the right control stick. Figure out your favorites and memorize the direction to quickly swap to the weapon you need (like northwest for B. Dropper). You can also click the right thumbstick to return Mega Man to his standard Mega Buster. 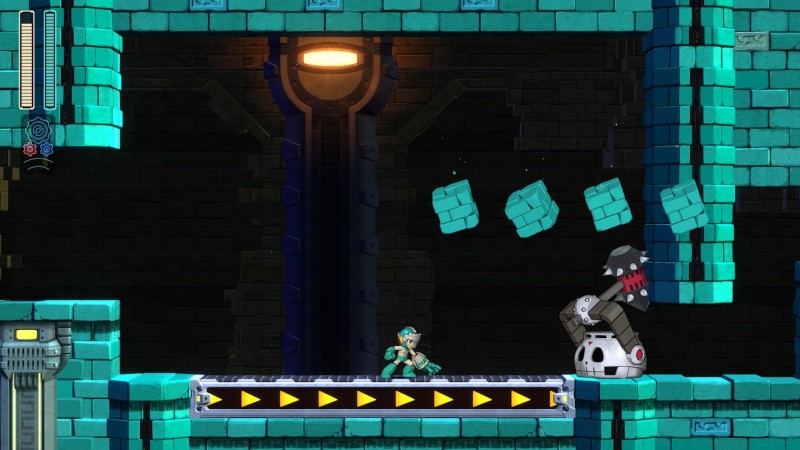 Block Man’s B. Dropper Weapon Is The Best

I specifically called it out in the previous tip because it really is one of the best weapons in the game, and Block Man is our suggestion for the first Robot Master to challenge. Block Dropper is powerful and lets you reach enemies above you or in other hard-to-reach areas. 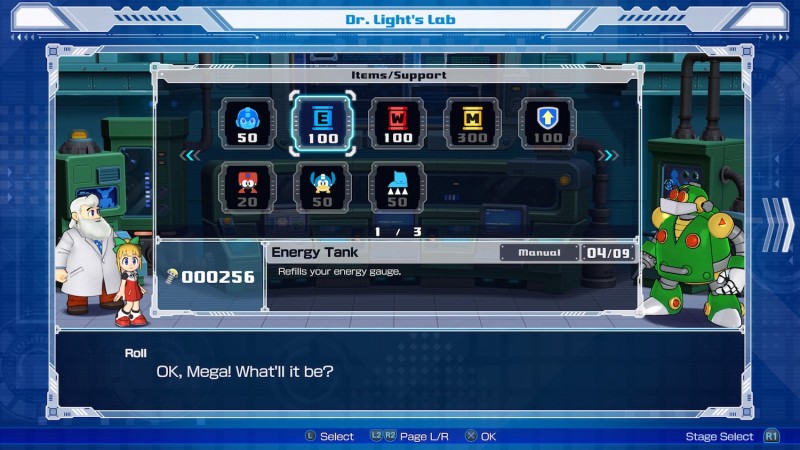 Here Are Some Upgrades To Chase Early

Not every upgrade is available at the start. Some unlock after you beat certain bosses or die excessively. Here are some of the best upgrades to go after as soon as they are available. 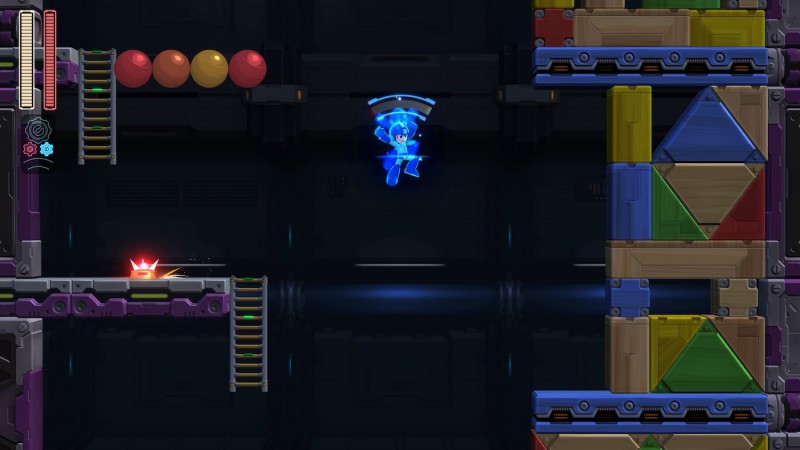 Don’t Forget About The Double Gear

This is a new mechanic for Mega Man and, as a result, I didn’t get the hang of using it until I was near the end of the game. Don’t be like me. Use both the speed and power gears often. They are a rechargeable resource, so you have no excuse not to use them. You will be grateful you did. You can even feather the speed gear so it doesn’t overheat as quickly.

Need more help? Be sure to read our suggested approach to the boss order right here. You can also read our review of Mega Man 11 by heading here. 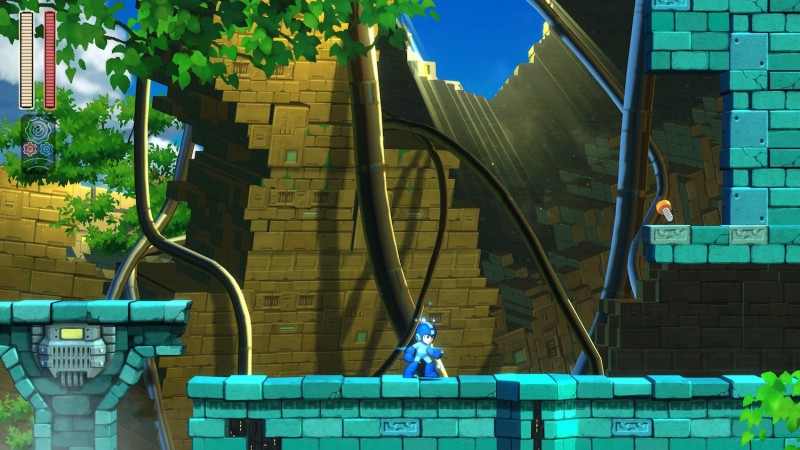 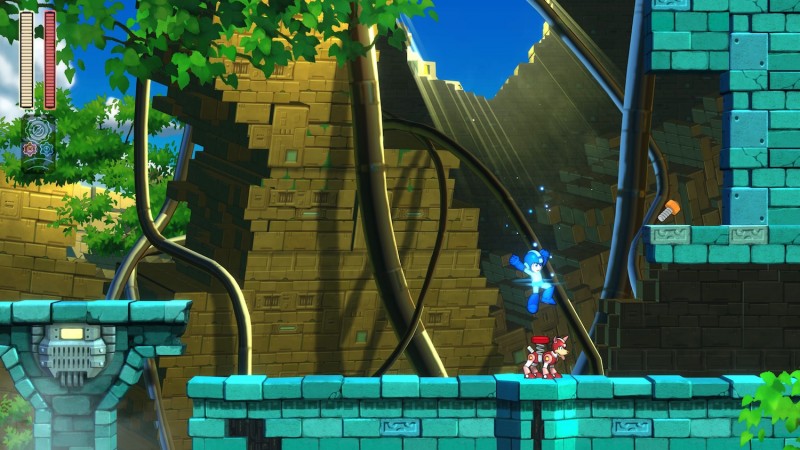