When Mega Man jumped onto the scene in 1987, it was like nothing else. Players could determine the order in which they took down all of Dr. Wily’s evil robot masters and then steal their powers. After 30 years, that formula no longer feels novel, but Mega Man 11 proves that the classics are classic for a reason. Capcom has given the Blue Bomber a new coat of paint and a few new tricks, but Mega Man’s core gameplay remains challenging and rewarding.

Among the things that never change is Dr. Wily’s mad desire for power. Once again, he’s kidnapped eight of Dr. Light’s robots and reprogrammed them for evil. Robot masters are a highlight in any Mega Man game, and that remains true here; every boss has a unique gimmick that sets them apart stylistically, but their cute design is betrayed by their fearsome skills in battle. Every time I went toe-to-toe with one of these killer machines, it felt like an epic throw down. My heart raced as Block Man transformed into a two-story monstrosity who threw car-sized bricks, and my palms sweated as Acid Man sent waves of toxic sludge my way. Paying attention to your enemies’ tells and mastering their attack patterns is half the fun, and taking each robot master down for the first time is an absolute thrill.

The creative design of each robot carries through in their stages. Bounce Man’s level is my favorite, with bounce pads that send you ping-ponging around. I also loved falling across several screens before landing on a massive trampoline that shot me back into the sky. Other stages present memorable moments too, like outrunning a massive forest fire and bounding over icy platforms in the middle of a snowstorm. I never knew what to expect from each level, and their themes never overstayed their welcome.

The special weapons and abilities you earn are instrumental in overcoming each level’s challenges. For example, Acid Man’s acid barrier saved my skin more than once, and Impact Man’s pile driver is a dash attack that is invaluable during certain platforming sequences. You can swap between all of these abilities using the right analog stick, which is incredibly slick and minimizes the time you spend in menus. By the end of the game, I felt like a powerhouse as I quickly cycled through my abilities, overcoming every challenge.

Even with all of these new toys, Mega Man’s most powerful skill is available from the start. The gear system allows you to slow down time or amplify your gun for a short period. This is the biggest change to Mega Man’s core gameplay in over 30 years, but it’s a welcome addition. These new tools turned what could have been frustrating challenges into death-defying stunts. Nothing is more satisfying than using the slow-mo gear to bound through tricky obstacles, then sidling up to enemies to unload a few overpowered shots into their weak spots. Overusing the gear system makes Mega Man overheat, so balancing these powers takes skill – but that only ratchets up the tension as the action intensifies.

Mega Man’s new tricks are even more important because Capcom didn’t pull any punches in terms of difficulty, but old-school challenge feels like a fair fight thanks to precise controls. Four different difficulty modes allow everyone to find a comfortable playthrough, but I had the most fun on the normal setting. The shop system also lets you tune your experience. You get to keep all the bolts you earn when you die, and these are used to purchase extra lives, energy refills, and permanent upgrades like larger buster shots and better traction on ice. So even when I crashed and burned during a boss fight, I never felt like all was lost.

Mega Man 9 and 10 were both loving throwbacks to the franchise’s NES roots, but Mega Man 11 is the first entry in ages that offers something new without sacrificing everything fans love. The new gear system is a cool mechanic, and Capcom’s level design feels classic in all the right ways. Mega Man 11 taps into the series’ past, but also serves as a solid foundation for the Blue Bomber’s next 30 years. 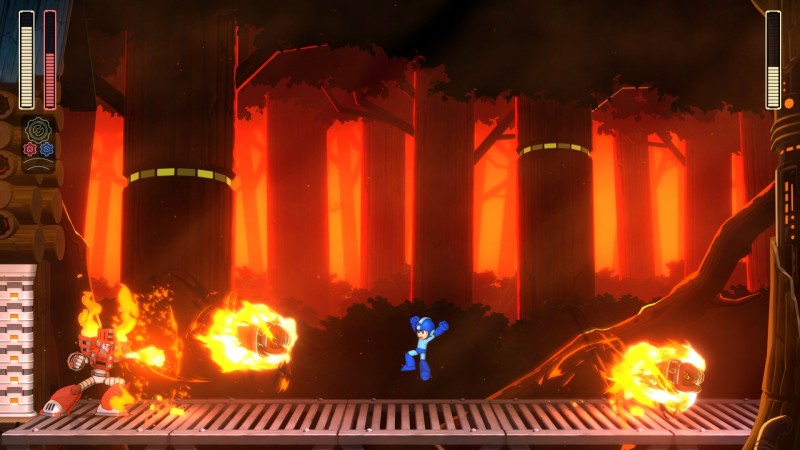 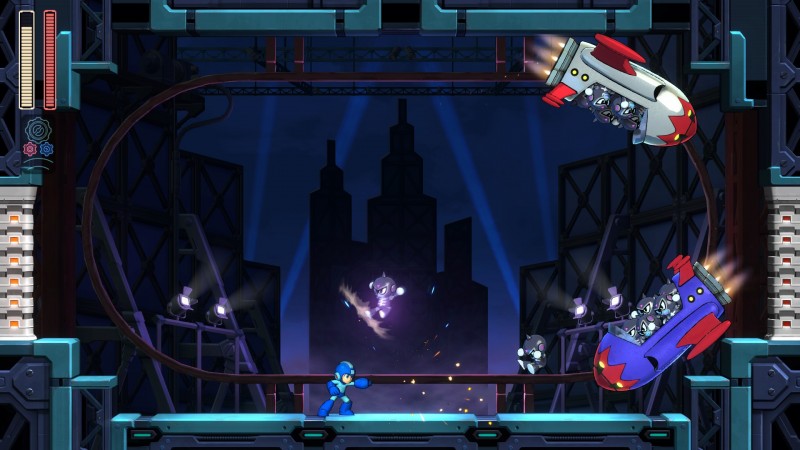 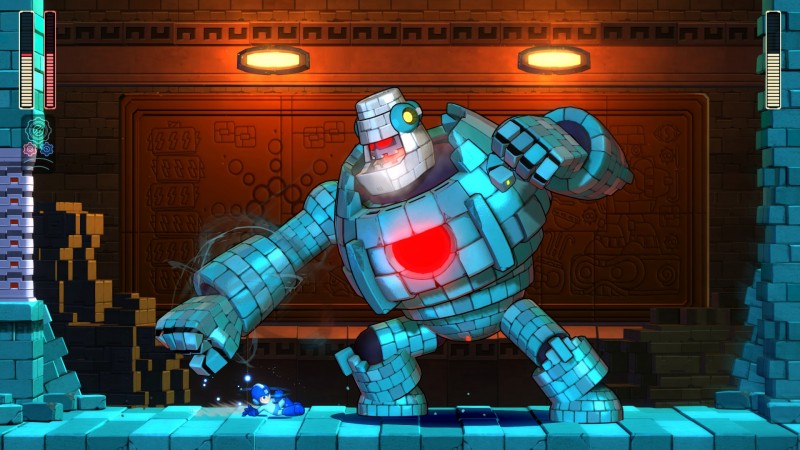 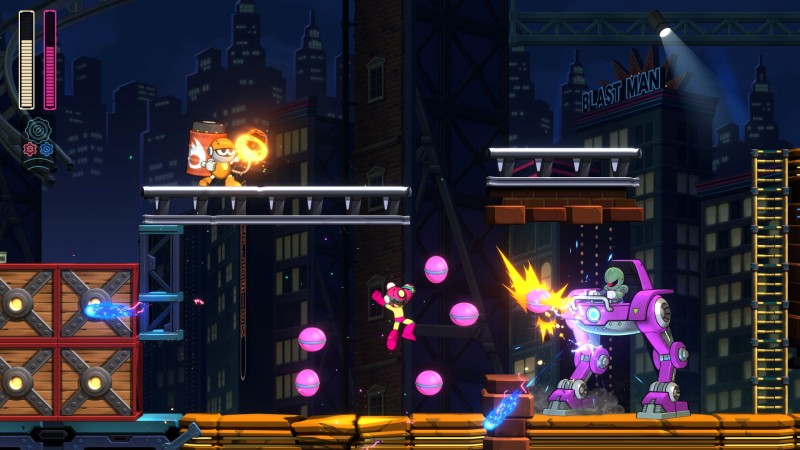 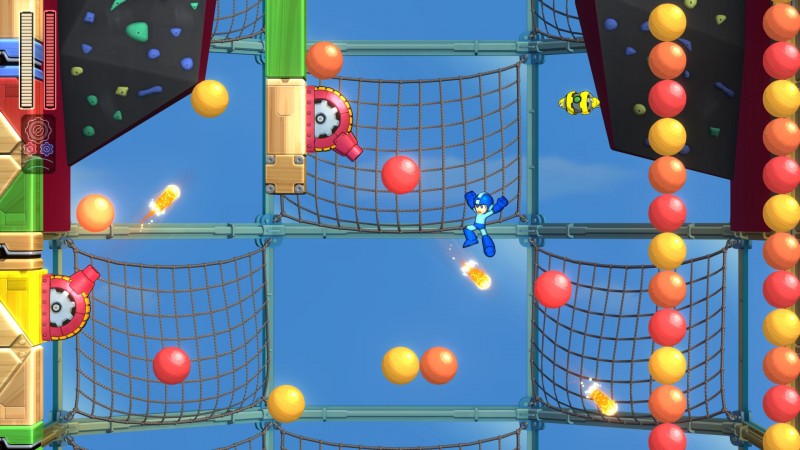 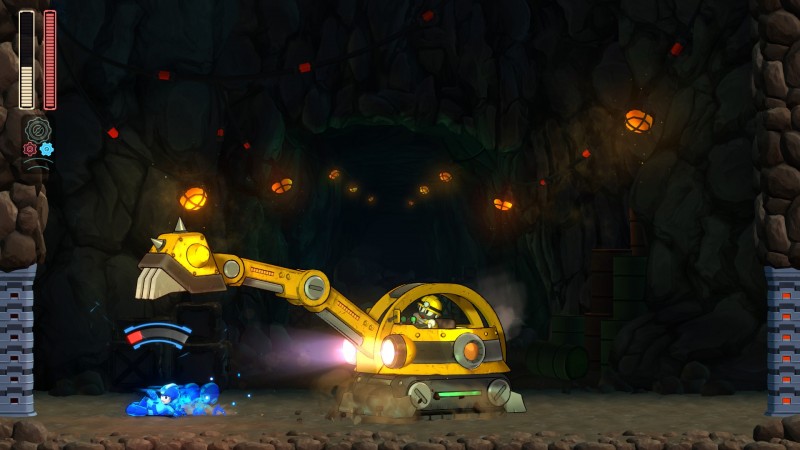 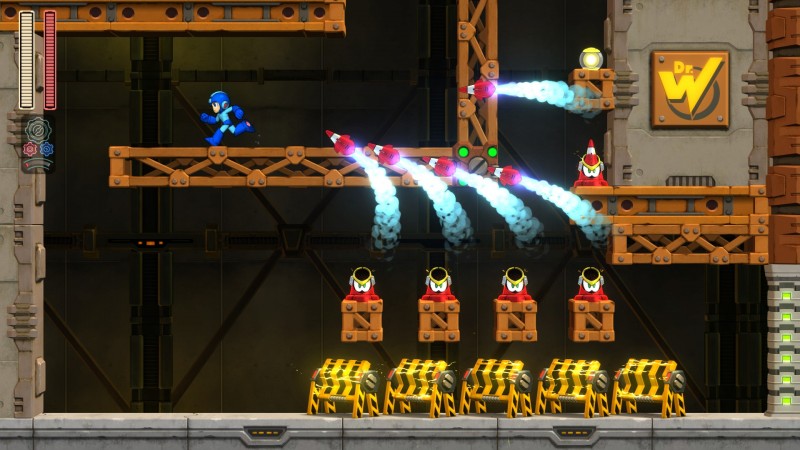 The Blue Bomber has a new coat of paint, but his core gameplay remains challenging and rewarding.

Purchase More Info
8.75
i
Game Informer's Review System
Concept Update Mega Man’s formula for the modern era with a new mechanic that tweaks the action without sacrificing the elements fans love
Graphics The new look is crisp and bright, but doesn’t set itself apart in today’s diverse landscape of stunning 2D sidescrollers
Sound This mix of classic NES-era riffs have been amped up thanks to modern synthesizers, and even the new tunes are memorable
Playability Each level features its own creative challenges, but the controls are so tight that I enjoyed overcoming every obstacle
Entertainment This Mega Man looks modern, but it offers a classic Mega Man challenge. Thankfully, four difficulty settings and a range of upgrades help ease in all types of players
Replay Moderately High