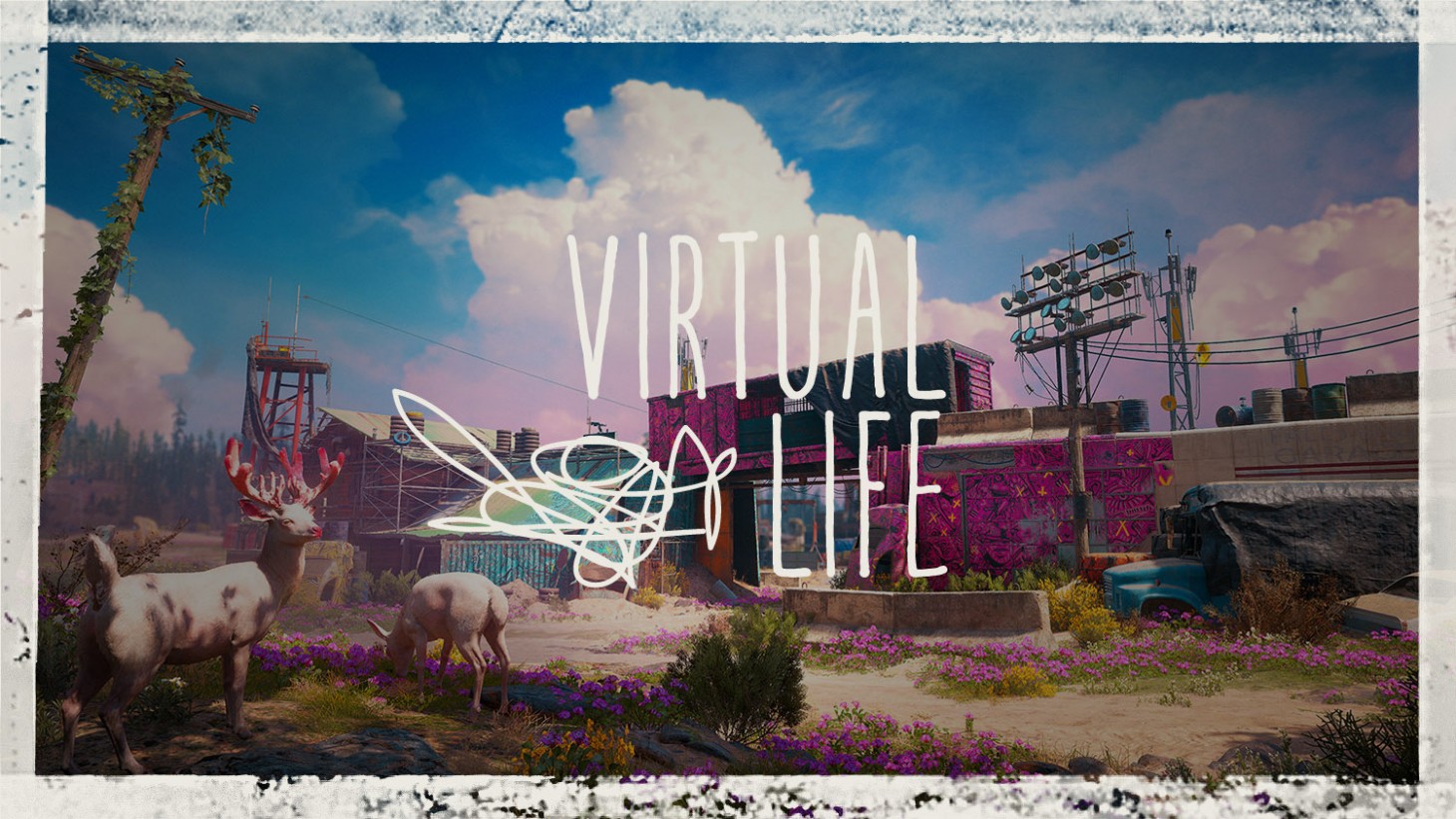 Warning: Spoilers ahead for both Far Cry 5 and New Dawn.

Far Cry 5 was a game with a lot of ideas. How could a gang of armed cultists take control in small-town America? What would a first-person shooter in that setting play like? What if the bad guy wasn’t just morally complicated but, in the end, was right, with the end of the world raining down nuclear fire on everyone? These ideas are interesting. Too bad Far Cry 5 handled those ideas with the grace of a tipsy goose. Joseph Seed’s Manbunny version of David Koresh is far more annoying than intriguing, and the game zig-zagged from any deep thematic storytelling its cult-ish premise presented at nearly every opportunity. Far Cry 5 could have been an engaging and disturbing take on modern America. That it settled for so less still bums me out a year later.

But let’s not belabor the point, yeah? I only want to talk about Far Cry 5’s failings to the point that I can discuss something that New Dawn does really well. So the setup of New Dawn, a proper sequel to Far Cry 5, is the world has ended and you’re a new character called The Captain, who’s working with a bunch of freedom fighters to try and restore order to the world.

The protagonist of 5, the Deputy, is apparently dead. The last we saw of them was they were locked away in Seed’s bunker as nuclear winter raged. Speaking of Joseph Seed, the jerk is still around in Naw Dawn. A lot of the supporting cast from 5 is too, including (now blind) sniper Grace, pastor Jerome, and the ever-annoying buffoon Hurk—more or less Far Cry’s mascot. As you progress through New Dawn’s campaign, you also learn someone else is still kicking around too and it’s a horrifying revelation even for someone who didn’t take to 5’s story.

After meeting up with Joseph Seed’s band of loons, you have several run-ins with a mysterious character named The Judge. The Judge’s gender isn’t clear. The Judge doesn’t talk, wears a mask, and only hisses to communicate with people. Eventually The Judge becomes your companion, on loan to you from Joseph Seed himself, which is cool because The Judge is pretty great at stealth takedowns! However, as you search bunkers and come across other companions with The Judge in tow, the bloody puzzle pieces start to come together. Jerome and Hurk try to chat with The Judge about old times they all shared; the Judge only hisses in response.

Somewhere nestled between these conversations and the notes you find, it sinks in. The Judge is the Deputy. A combination of Seed’s psychotic manipulations, the state of the world, and Rook’s own failure have reduced them to a wild animal hiding behind a mask, capable of nothing but murdering whoever Seed or the player tell them to. In that way, The Judge has become the basest (some would argue purest) version of what Far Cry and most other first-person shooters demand of their player: a ravenous killing machine.

The natural execution of the reveal, placing enough faith in players to do the work instead of making a huge, cinematic-driven ceremony out of The Judge’s identity, is probably the narrative high point for the series in years. When the realization settles in, it works for a number of reasons. The first is that it confirms that everything the Deputy did in Far Cry 5 didn’t actually matter one bit. All their actions were just futile resistance against an inescapable doom, which makes that moment sting. The reveal also got me thinking about the protagonist of Far Cry 5 in a more nuanced way than just the avatar you inhabit, something you use to shoot guns and soak in the exposition of other characters. New Dawn’s twist turns the Deputy into an actual character trapped in a hellish fate, one that your new character, The Captain, could very well be doomed to repeat.

Like Far Cry 5, New Dawn has a lot of ideas. However, unlike 5, it executes a lot of them competently and even makes one of them compelling. I’m impressed that New Dawn took a character from 5 that I didn’t care about, despite literally playing as them for hours on end, and made me feel sad and invested with this small but impressive twist of the knife. I'd love to see future entries in the series embrace these kind of smaller but powerful stories instead of making a lot of noise about political themes it actually has no interest in engaging with.

For more on Far Cry New Dawn, read our review and tips.